Boris Johnson tonight vowed that anyone involved in the latest terror attack to strike London Bridge would be ‘hunted down and brought to justice’.

The Prime Minister spoke out after a knifeman was shot dead by armed police in the beating heart of the capital after wounding five people this afternoon.

Speaking in Number 10 after he interrupted his election campaign and rushed to Downing Street, he said:  ‘I can assure you and assure everyone that anyone involved in this crime and these attacks will be hunted down and brought to justice.’

Police revealed tonight that the man killed was wearing a hoax bomb strapped to his body.

The decision is taken independent of ministers by the Joint Terrorism Analysis Committee (JTAC).

Mr Johnson said there would be meetings and consultations inside Number 10 as the evening goes on, but that ‘to the best of our knowledge the incident has been contained’.

He said he would be ‘reviewing the matter in the course of the next few hours’ as to whether General Election campaigning would continue as normal. 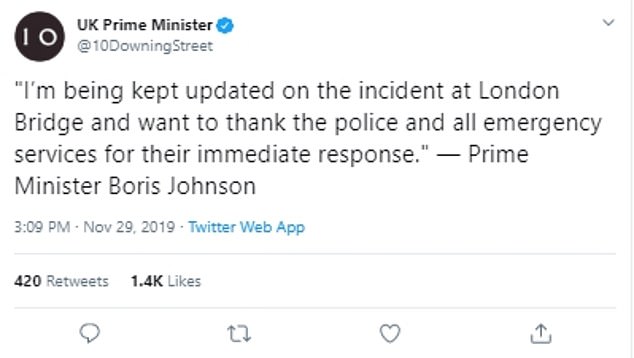 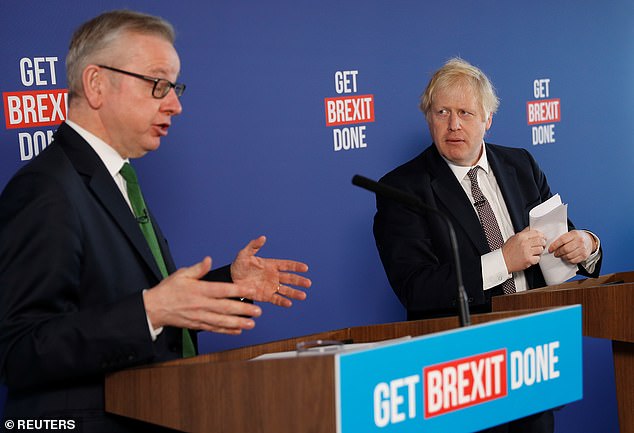 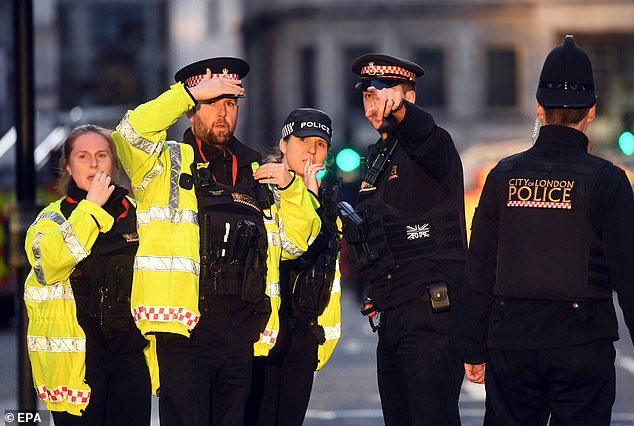 Dramatic video filmed at London Bridge around 2pm this afternoon shows at least four people struggling with a man on the ground before armed police officers step in.