A heart specialist groped the breasts of three patients for his own sexual gratification while pretending to carry out medical examinations, a court heard today.

He also sexually assaulted two of the women with his fingers and asked one of them about her sex life, Woolwich Crown Court heard.

Hanna Llewellyn-Waters, prosecuting, said: ‘They were all referred by their GPs to the care of the defendant in his capacity as a consultant cardiologist.’

‘It is the Crown’s case that during consultations with the complainants, the defendant abused his position of trust as their doctor, in order to sexually assault them.

‘The defendant purported to carry out such activity under the guise of a medical examination.

‘Accordingly, the complainants submitted to the touching. He relied upon their naivety and trust to abuse them for his own sexual gratification.’

Basu, from Lewisham, is said to have carried out the attacks between November 2006 and June 2014 and denies the charges.

The first alleged victim was a second year medical student, who was referred to Dr Basu after complaining of a rapid heartbeat, palpitations and chest pains.

During the first three appointments, Dr Basu examined her breasts and touched her nipples, it is claimed.

She was ‘confused’ as to why her breasts were being examined but assumed because it was something to do with the heart, the jury were told.

The court heard that the alleged victim was not asked if she wanted to go behind a curtain to remove her bra before the examination which left her feeling ‘exposed’.

Ms Llewellyn-Waters added: ‘And then the defendant came from behind behind,’ the prosecutor added.

‘At first he listened to her heart but he then told her that he was going to check her breasts. She placed her trust in him as her doctor.’

At the fourth appointment, she told the doctor that she was having urinary infections. 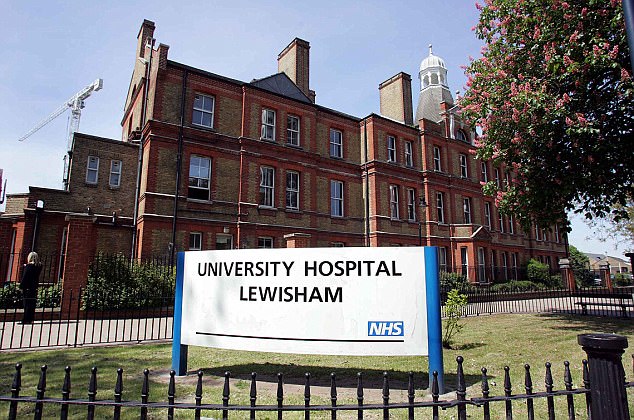 Dr Basu told her he wanted to examine her bladder and asked her to remove her clothing.

The prosecutor continued: ‘The defendant put gloves on and used a lubricant on the fingers.

‘He asked the complainant to open her legs as if she were in the birthing position. She was given nothing to cover her lower half.

‘In the time, in that room, she just complied. He inserted two fingers into her vagina.

‘She remembers it hurting her. Whilst the defendant had his fingers fully inserted inside her vagina, he asked the complainant about her sex life. 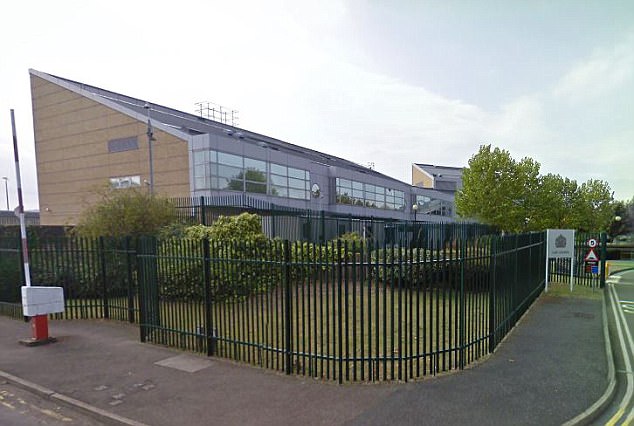 He also sexually assaulted two of the women with his fingers and asked one of them about her sex life, Woolwich Crown Court heard (pictured)

The first victim reported the allegations to police in March 2016 and he was later charged.

Her mother remembers seeing tears in her daughter’s eyes after she learned about Dr Basu’s actions, the prosecutor said.

Ms Llewellyn-Waters said: ‘Thereafter, she decided that she should report matters to the General Medical Council and the police.’

Reporting of the case on the local news ‘independently’ prompted the other two alleged victims to come forward, Ms Waters told the court.

It is claimed he touched the naked breasts of both the second and third victims and indecently assaulted one of them with his fingers.