It’s a guide that will come in handy this winter, as the UK is braced for an ‘inevitable’ surge in sore throats in the coming weeks.

The common ailment, which leaves you with a raspy voice, is often the first sign of a cold or flu – and can leave you feeling awful.

And as the dreaded ‘Aussie flu’ is expected to wreak havoc here after already blighting Australia, it is expected that most of us will succumb to a sore throat before the clocks go forward to signal the start of summer.

Now MailOnline has spoken to an expert to determine exactly what you can do to avoid falling victim to the brutal side effects of a cold.

Alasdair Mace, an ear, nose and throat consultant based at Charing Cross and St Mary’s Hospitals in London, revealed his best tips.

They range from steering clear of alcoholic festive drinks that can dehydrate you, such as hot toddys, to eating immune system-boosting oranges – full of vitamin C.

Mr Mace, an honorary senior lecturer at Imperial College London has predicted a sharp rise in sore throats over the next few weeks.

He told MailOnline: ‘As a sore throat is usually the first symptom of a cold or flu, and we are expecting the usual significant rise in flu in the early winter period, it’s inevitable that there will be a similar surge in sore throats, too.’

‘Ninety-five per cent of sore throats are viral, and don’t respond to antibiotics, but the good news is that they will usually get better within a few days, or a week.’ he says.

‘You can often tell by looking at the back of your throat using a torch and a mirror. If it’s very red and swollen, it’s most likely a virus.

‘Any sign of yellow gunk or white spots indicates a bacterial infection. Those white spots are colonies of bacteria, just like the ones that are grown in petri dish in laboratories.

‘A bacterial infection is usually more focused and more painful than a viral infection, although viral infections can still be uncomfortable. A virus will also affect the whole respiratory system and nasal passages, not just the throat.’

Mr Mace added: ‘In both cases, it is important to stay hydrated as mucus and saliva help protect the throat.

‘A humidifier will help counteract the drying effect of central heating, or simply drape a damp towel over a radiator, it will have the same effect.

REVEALED: WHAT YOU SHOULD (AND SHOULDN’T) DO

Alasdair Mace, an Ear, Nose and Throat consultant based at Charing Cross and St Mary’s Hospitals in London, has given MailOnline his best advice.

Use a dehumidifier to counteract the drying effect of central heating

Gargle with salty water as it will help to loosen mucus

Drink hot-toddies and coffee as alcohol and caffeine are dehydrating

Smoke or vape during the period of infection 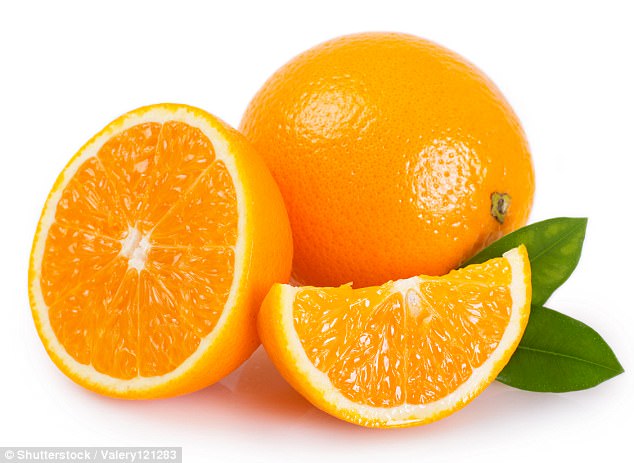 There is some evidence that taking vitamin C, found in oranges, will shorten the duration of an infection, says Alasdair Mace, an Ear, Nose and Throat consultant based at Charing Cross and St Mary’s Hospitals in London 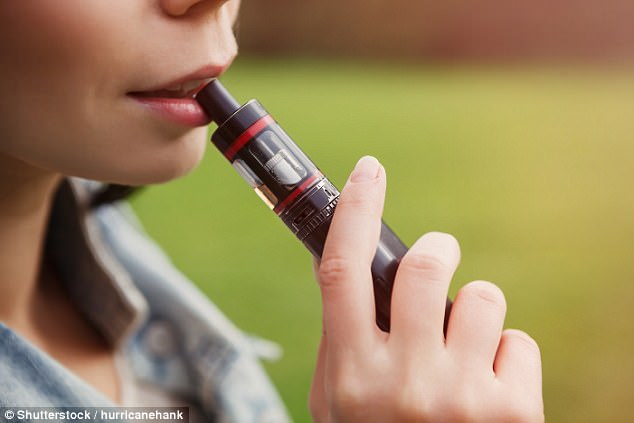 Don’t smoke or vape and if you have a cough, use a simple linctus to try to suppress the urge to cough, Mr Mace also said

IMPOSSIBLE TO FIGHT OFF EVERY VIRUS

Our tonsils and much of the surrounding MALT — mucosa-associated lymphoid tissue — are germ magnets which are designed to trap bacteria and viruses and help our body generate defensive antibodies to fend off the next attack.

But there’s a catch.

As there are around a hundred different variants of rhinovirus — one of the most common cold bugs — and each variant is constantly mutating to evade our immune defences, it’s impossible for us to fight off every virus and bacteria we encounter.

Research for Ultra Chloraseptic, a fast-acting anaesthetic throat spray, confirms that nine out of ten adults will suffer at least one sore throat a year, and one in ten people will succumb to five or more infections annually.

‘Steer clear of hot-toddies and coffee as alcohol and caffeine are both dehydrating.

‘Tea is fine because it has half the caffeine of coffee, so has just enough to provide a bit of a lift without adding to dryness.

‘There is some evidence that taking vitamin C and zinc will shorten the duration of an infection, and it certainly can’t hurt, particularly if you don’t have a good diet.

This not only eases symptoms, but will also removes some virus, which gives your immune system a better shot at fighting off the infection.

‘Make up a solution of two teaspoons of salt to a pint of water and keep it in the fridge — cold things are much more soothing,’ he suggested.

‘Use a proven anaesthetic throat spray for fast, targeted pain relief. There are a number of different numbing agents available in over-the-counter sprays.’

Take paracetamol rather than ibuprofen or aspirin if you have a headache or temperature, he advised. 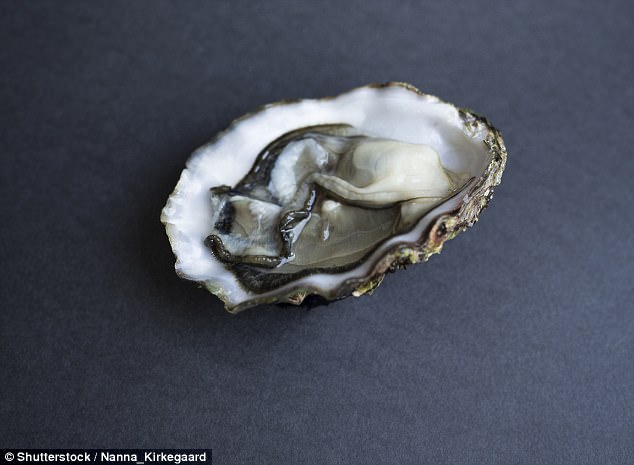 Zinc, abudant in oysters, may also help shorten the duration of an infection, Mr Mace claims 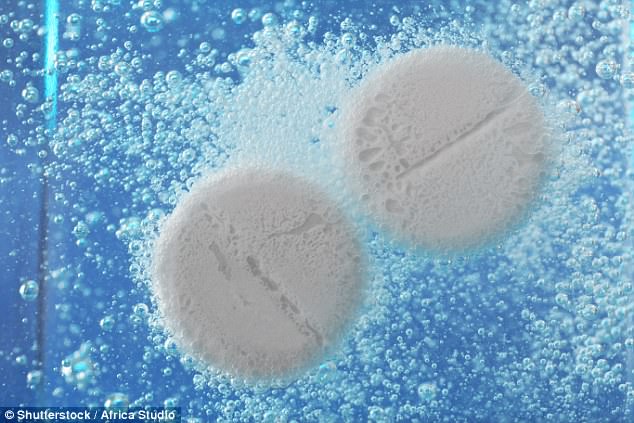 Take paracetamol rather than ibuprofen or aspirin if you have a headache, Mr Mace advised

HOW BAD WILL THE FLU BE THIS WINTER?

Professor Robert Dingwall, a public health expert at Nottingham Trent University, said it was ‘inevitable’ it will reach Britain.

Concerned health chiefs have already warned routine operations could ‘cease for several months’ if the flu does strike as badly as expected.

And doctors and nurses have been told they have a ‘professional duty’ to get the flu jab in anticipation of one of the worst ever outbreaks.

‘It’s gentler on the digestive system than aspirin, and there is some evidence that ibuprofen damps down our immune response, which is the last thing you want when you have a cold or sore throat.

‘I know it sounds obvious, but rest your throat.

‘The more you speak when your throat and vocal cords are inflamed, the worse your throat will feel and the greater the risk of doing permanent damage.’

Don’t smoke or vape and if you have a cough, use a simple linctus to try to suppress the urge to cough, Mr Mace also said.

In the vast majority of cases, symptom relief and rest are all that’s needed, but there are times when it’s wise to seek help.

Children can get dehydrated very quickly, if they have not eaten or drunk for 24 hours they ought to be seen by a doctor.

‘Any sign of respiratory distress, or a fever which persists for more than 24 hours requires further investigation. 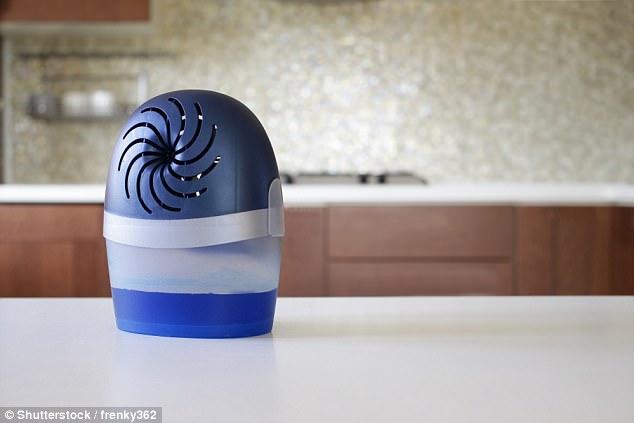 He told MailOnline: ‘A humidifier will help counteract the drying effect of central heating, or simply drape a damp towel over a radiator, it will have the same effect’ 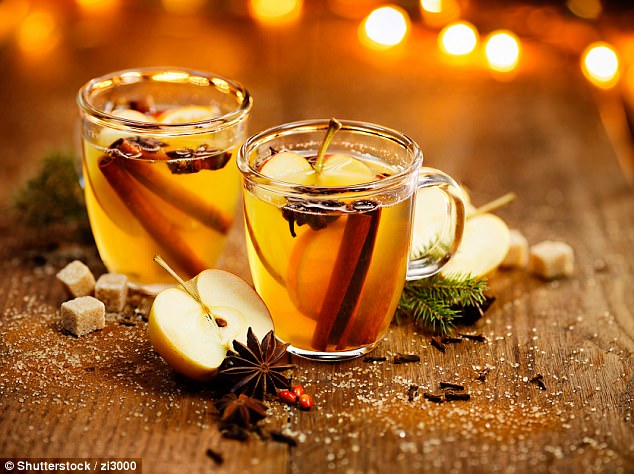 Steer clear of hot-toddies and coffee as alcohol and caffeine are both dehydrating, he added

‘If you can see pus, or white spots, on the back of your throat, you probably have a bacterial infection and may require antibiotics,’ Mr Mace said.

‘Swelling on only one side of the throat could be an abscess, or something more sinister, and should be checked.

‘A sore throat caused by a viral infection will usually last no longer than a week, but if pain persists, see your doctor to make sure you don’t need antibiotics, and to rule out cancer or another cause, such as gastric reflux.

‘You don’t have to be aware of heartburn or indigestion, silent reflux often happens at night and once you have identified the problem there are a lot of things you can do to prevent, or treat it.

‘For most sore throats, all you need are simple self-help solutions such as a proven anaesthetic throat spray, cold salt-water gargles and paracetamol.

‘But it’s also important to be alert to the signs that symptoms could be caused by something more serious.’

HOW WINTER COULD CAUSE YOUR SORE THROAT

It’s not the cold temperatures that cause colds – but spending more time indoors does play a significant part.

Sheltering from the breeze causes adults to be closer to each other, making it more likely for them to catch a bug.

The lack of daylight also discourages people from exercising, weakening their immune system and making them prone to winter bugs.

It’s also believed that poorer dietary habits are made in the winter, meaning adults avoid the immune boosting benefits of fruit and vegetables.

The desire to escape the wintery cold and head to exotic destinations also plays a role in fueling winter bugs – in the same way as staying indoors.