A handbag designer whose creations featured at London Fashion Week conned investors out of £320,000.

Elle Tyree, who was behind label Sophia Beckford, used the cash to fund a lavish lifestyle, including shopping sprees and hotels abroad, an £80,000 Range Rover and a Thames-side flat overlooking Tower Hill.

But the scam was investigated by the City of London Police fraud squad and Tyree, 32, was jailed for five years.

Tyree’s love of fashion came from her lavish grandmother who introduced her to a world of luxury fur coats, expensive dresses, jewellery and handbags, according to the Sophia Beckford section of the Not Just A Label website, for upcoming designers to showcase their talent.

The fashion line was founded in 2011, toting bags with classic shapes but twists on the traditional use of fabrics and textiles and vibrant, contrasting colours.

The Not Just A Label page says: ‘Designer Elle Tyree’s collections are always inspired by feelings of emotion and culture, representative of her journey in life with long stints of time in New York and China.’

But Tyree posed as a millionaire and convinced two finance companies they were financing orders for designer handbags, detectives discovered.

Tyree approached the first company in December 2015, requesting help to fill several orders with major international retail stores including Barneys and Saks. Tyree supplied them with copies of the customer orders and they agreed to finance her purchase and sales transactions and share the profits. 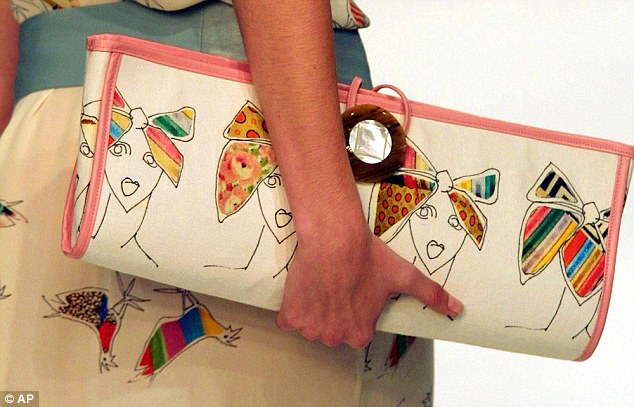 In July 2016, they spoke to Tyree, stating there had been no payment from the first set of invoices and that as such, they would not be providing her with further finance. Tyree then started to work with a second company.

They entered into an agreement with her on the premise that seven invoices from six companies totalling over £1.8 million had been sold to her.

On the strength of this, they forwarded more than £187,000 to her business account.

A day later more than £25,000 had been withdrawn from this account and transferred into an account in the name Miss Elle Tyree.

The payment dates for when the invoices should have been paid passed and the second finance company became suspicious that none of the companies had made any payments.

In October, they wrote to all the ‘debtors’, supplying a copy of their relevant invoice which had been provided to them by Tyree and asked them to make payment of the amounts due.

Following this, three of the six companies responded to them to state that the handbag range mentioned in the invoices was not known to them and that no such orders had been made.

Tyree was instructed by the second company’s solicitors to provide the Royal Courts of Justice with details of her global assets, including copies of her bank account details.

After failing to do so, their solicitors went to HSBC bank directly, who supplied six months of Tyree’s bank statements to them. 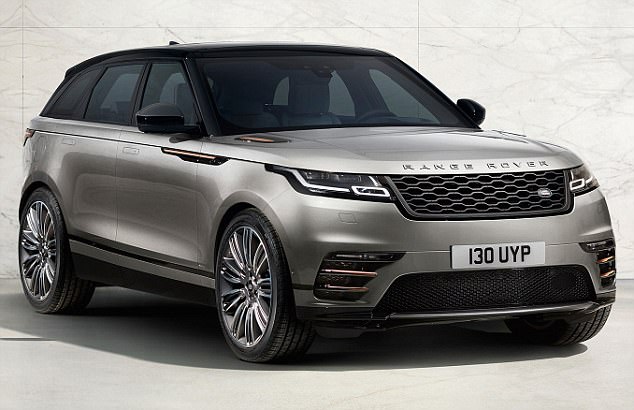 Elle Tyree, who was behind label Sophia Beckford, also used the cash to fund an £80,000 Range Rover (file pic) and a Thames-side flat overlooking Tower Hill in central London

But the statements that came from HSBC showed an entirely different set of circumstances than the ones presented to them by Tyree and it was clear that the ones she had supplied were fake.

It was discovered through a court procedure that the original material used by Tyree to secure the finance was entirely fabricated, at which point the City of London Police’s Fraud Squad began an investigation.

Tyree was sentenced to five years after she was found guilty for two counts of fraud by false representation at Inner London Crown Court.

Detective Constable Stewart Walker, who led the investigation, said: ‘The sentencing highlights the severity of this crime and the hard work of the Fraud Squad to ensure that Tyree did not go unpunished.

‘Tyree abused her position as a fashion designer to deceive the victims who lost vast amounts of money to her.

‘Her sentence reflects the manipulative, premeditated and complex fraud that she has been found guilty of.

‘Let this serve as a warning to those thinking about committing financial crime; however complex and devious, you will be caught.’