London has the most Chelsea tractors per capita in the UK

They have not been known as Chelsea Tractors for nothing it seems.

For it appears that there are more 4x4s per capita in London than anywhere else.

Even though they are built as off-roaders, they are more likely to be seen in the crowded streets of Chelsea and other well-heeled areas of the capital than the country roads and muddy tracks for which many of them were built.

A survey suggests that up to one in three vehicles in London are a 4X4 or sports utility vehicle (SUV) , which includes models such as Range Rovers to Bentley Bentaygas and the beefier BMWs, Mercedes-Benz and Audis .

It says that Londoners are 19 percentage points more likely than the national average – of 13 per cent – to drive an off-roader – concluding that around 32 per cent of Londoners own one.

It concludes: ‘When it comes to car style, Londoners are also living up to their ‘Chelsea Tractor’ stereotype it seems, by favouring a 4×4. A third of London motorists favour a Chelsea Tractor.’

The report by Privilege insurance adds: ‘Land Rovers are five percentage points more common in Yorkshire and The Humber than the rest of the UK, sharing the top spot with Ford and Volkswagen.’

Wales is now the last bastion of the traditional four-door saloon car with ownership there 14 percentage points above the national average.

London is also the Audi capital of Britain, with the German marque 12 per cent more likely to be seen in the capital than average. This translates to one in six of London’s motorists (17 per cent).

Audi is also strong in Scotland and Northern Ireland with ownership levels three and 11 percentage points above national average respectively. 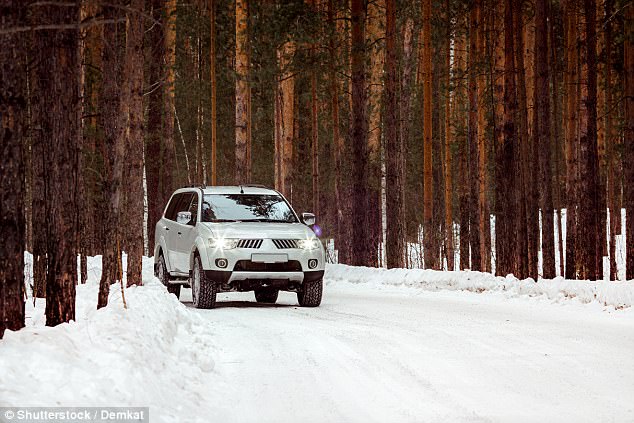 Even though they are built as off-roaders, they are more likely to be seen in the crowded streets of Chelsea

BMWs have a disproportionately high presence in the West Midlands – the heartland of Britain’s home-grown Jaguar Land Rover which has factories there – at four percentage points above average.

Ford is the best performer in the East of England where ownership is four percentage points above the national average.

Spanish car-maker SEAT – part of the giant Volkswagen group – is particularly strong in Wales where ownership is seven percentage points above the national average.

When it comes to colour, drivers in the North East, Wales and Northern Ireland are proportionally more likely to drive white cars (six, seven and seven percentage points above the national average respectively).