London has been named the best-rated destination in the world in TripAdvisor’s annual Travellers’ Choice awards for destinations.

The winners were determined using an algorithm that analyses the millions of reviews and ratings for hotels, restaurants and attractions collected in a single year from TripAdvisor travellers worldwide.

Paris takes second spot this year, with Rome rolling in at third place and Crete in fourth. However, New York, a long-time favourite with travellers worldwide, slips out of the top 10 completely.

London came second in 2018 and TripAdvisor says that its move into the top spot might be connected to the wedding of the Duke and Duchess of Sussex.

Hayley Coleman, TripAdvisor spokesperson, said: ‘The global fascination with Harry and Meghan clearly has a powerful effect as this is the first time since 2016 that London has topped the world rankings.

‘With the couple’s new baby due imminently, London may continue to reap the rewards of the Harry and Meghan effect into 2020.’

Also proving popular is Bali, in fifth place, and the Thai resort of Phuket in sixth. 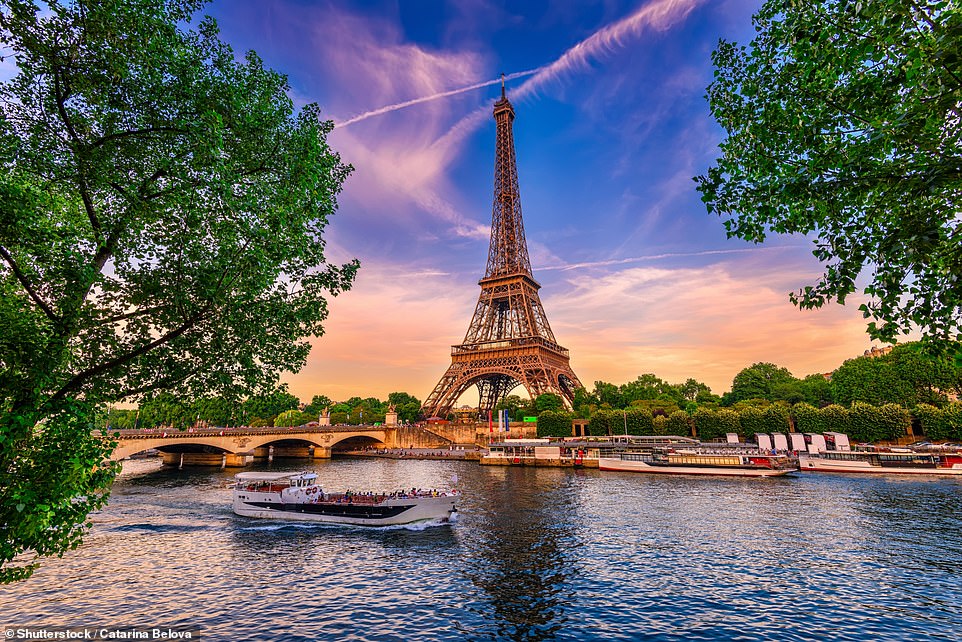 The French capital, last year’s top-ranked destination, falls down a spot and is now rated second behind London 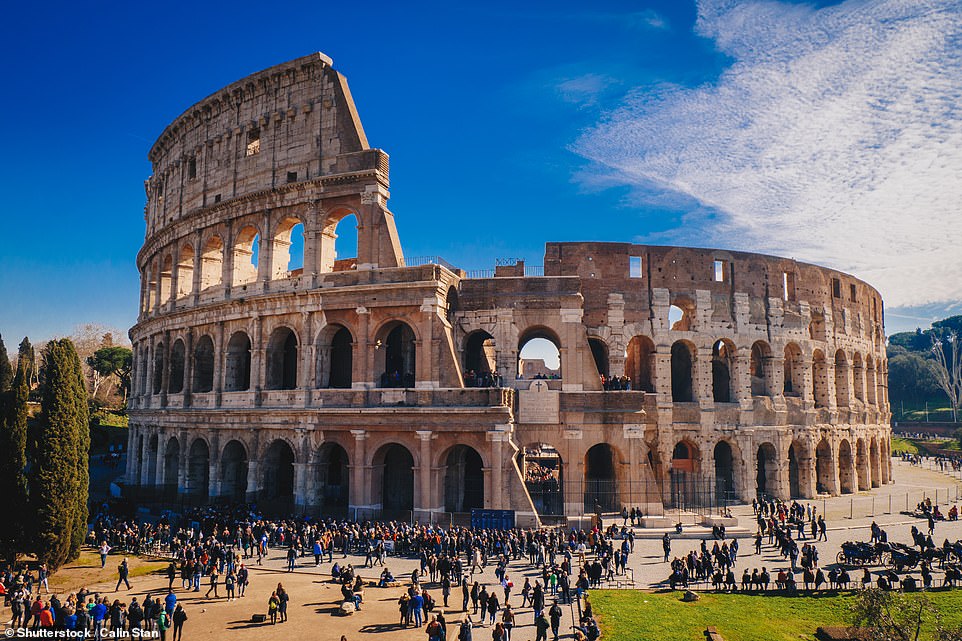 The third best holiday destination in the world according to TripAdvisor is Rome. Pictured are tourists gathering around the Colosseum

In the UK table, the north continues to beat the south with six winning destinations.

While in the south of the UK, London, Bath, the Isle of Wight and Jersey come in first, sixth, seventh and 10th respectively. 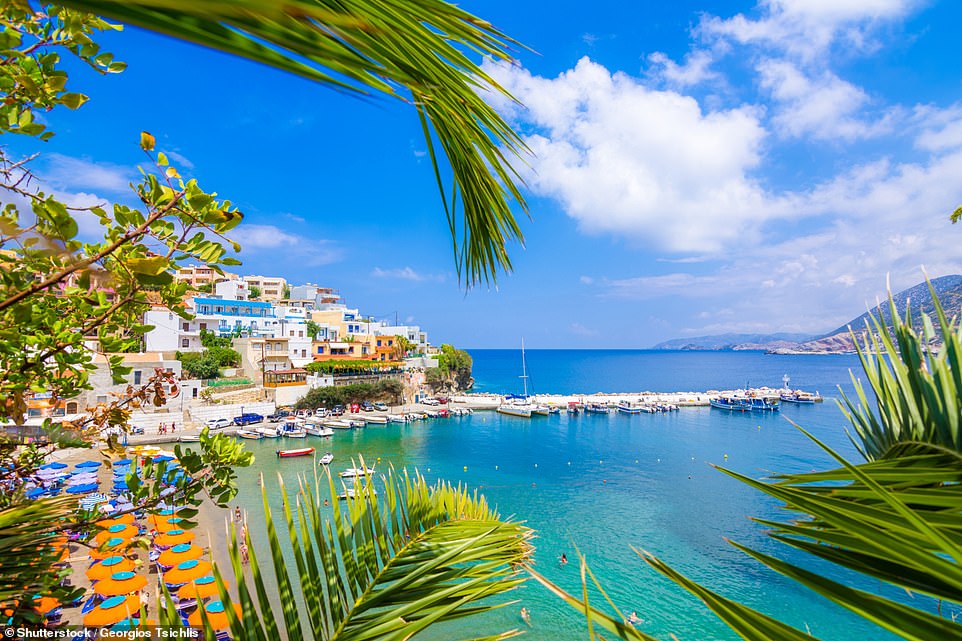 The fourth most popular place on the list is the Greek island of Crete, pictured, thanks to its pretty coastline

THE TOP 20 ATTRACTIONS IN LONDON

7. The View from the Shard

10. Body Worlds at the London Pavillion

‘London has an exciting history as a centre for creativity and free thinking, from Shakespeare to the birth of punk and the catwalks of today.

‘This creative energy and cultural vibrancy can be felt in every aspect of London life: food, fashion, arts, exhibitions, shops, and nightlife.​’

In the U.S., the state of Hawaii dominates the leader board with Maui and Oahu coming in at second and third just after New York. Las Vegas is fourth, with Orlando in fifth.

In Australia, the Gold Coast follows Sydney to take second place and Melbourne is third followed by Brisbane (4th) then Hobart (5th).

TripAdvisor advised those planning trips to one of the top destinations to do research on the best time to go.

It explains that often, a trip either side of the peak season will mean a better experience with fewer crowds and cheaper prices on airfare and accommodation.

For example, the travel site points out that travellers can save up to 30 per cent on hotels in New York City when visiting in March compared to September or up to 19 per cent on Rome hotels when travelling in March versus June. 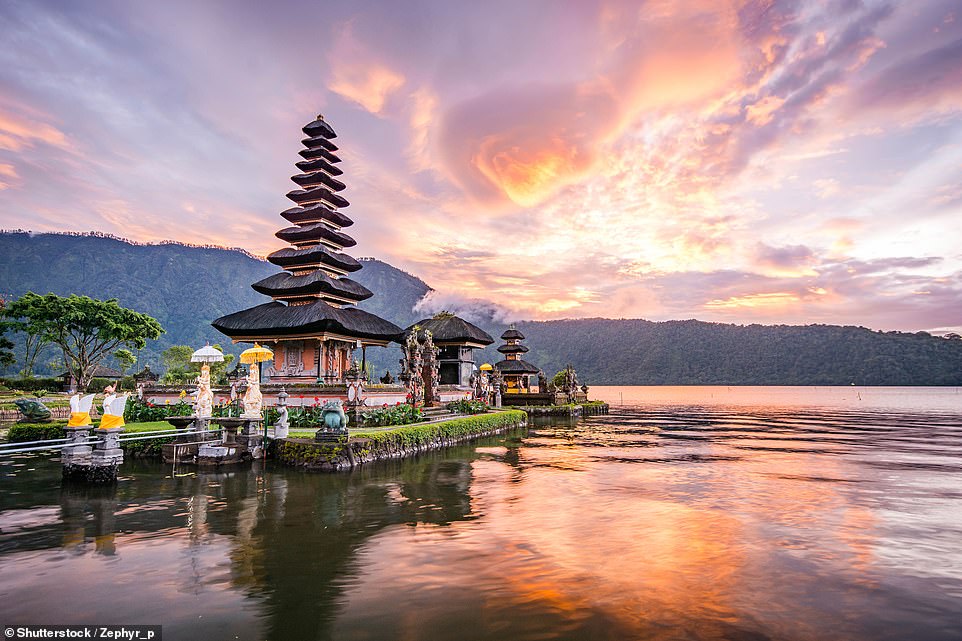 Also proving popular in the TripAdvisor ranking is Bali, pictured. It finishes fifth, just ahead of Phuket in sixth

The online platform also says it’s worth exploring beyond a destination’s well-known attractions as travellers frequently find a more authentic and memorable experience away from the main tourist areas.

MailOnline Travel recommends using the following websites to find great hotels in the destinations that have made TripAdvisor’s lists – www.slh.com, www.lhw.com and www.designhotels.com.