England’s chief inspector of schools today blasted London’s Labour councils of taking the ‘easy’ option by ending the Christmas term early and said children are being set back ‘years’ because of sub-standard online learning.

Ofsted boss Amanda Spielman spoke out as London parents and children were left in limbo after the Government became locked in a legal battle with left-wing councils and education unions in an effort to keep schools open.

The end of term in the capital is in chaos after three Labour-run local authorities, Greenwich, Waltham Forest and Islington, decided to shut all their schools with the blessing of Mayor Sadiq Khan amid growing coronavirus cases.

Education Secretary Gavin Williamson has used the Coronavirus Act to force schools in Greenwich to remain open against the wishes of the local council. Mr Williamson told the council to withdraw letters announcing that schools were shutting by 10am today. Islington and Waltham Forest are said to have been given the same warning.

If they fail to do so, Mr Williamson can apply for a court order. Disobeying it could put the council in contempt. But last night Danny Thorpe, leader of the Royal Borough of Greenwich, said it was too late to reopen schools.

Mr Thorpe said: ‘We have alerted schools… but given we received this notification just before 5pm (on Monday), it was impossible to ask schools to change any of the arrangements they have in place for Tuesday.’

Chief Inspector Ms Spielman sided with the Government today, saying: ‘It’s so easy to call for closures and forget the long term price that children pay. Just to put it in context, one day of national school closure that works out at about 40,000 child years of education in total, and my concern really is obviously about children here’.

She added that online learning and repeated periods of isolation have ‘chipped away’ at the progress pupils have been able to make since returning to school in September – and that there is ‘no substitute’ to classroom learning.

Ms Spielman said: ‘This is a worrying trend; in many cases, homeschooling will not be able to provide the level of education that a child will receive at school’. The schools chaos comes as:

Families have been scrambling to organise childcare with less than 24 hours’ notice amid growing fears among millions of London parents that all the capital’s 20 Labour-run councils could follow suit.

James Wolfe Primary School in Greenwich, South East London, is one of 133 advised to close by the council – but it is still open 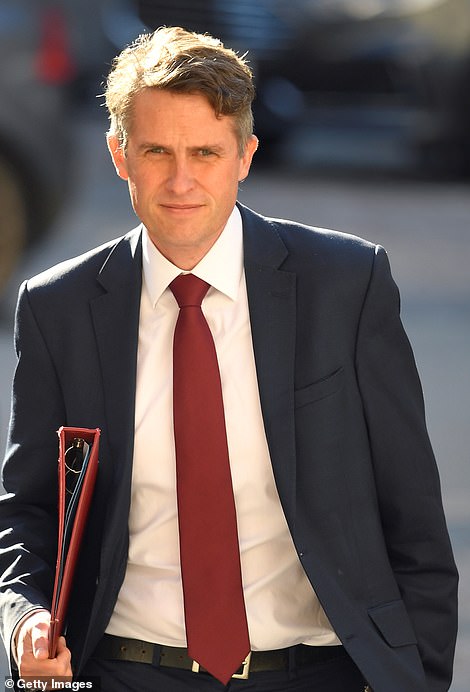 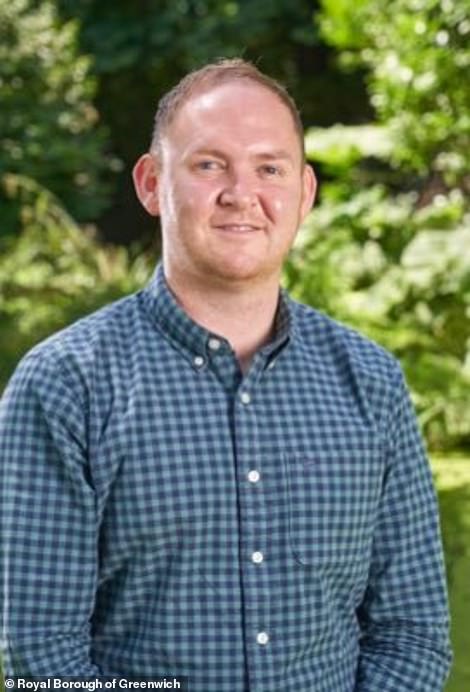 Education Secretary Gavin Williamson (left) used the Coronavirus Act to force schools in Greenwich to remain open against the wishes of the local council. But Danny Thorpe (right), leader of the local authority, said it was too late to reopen schools. 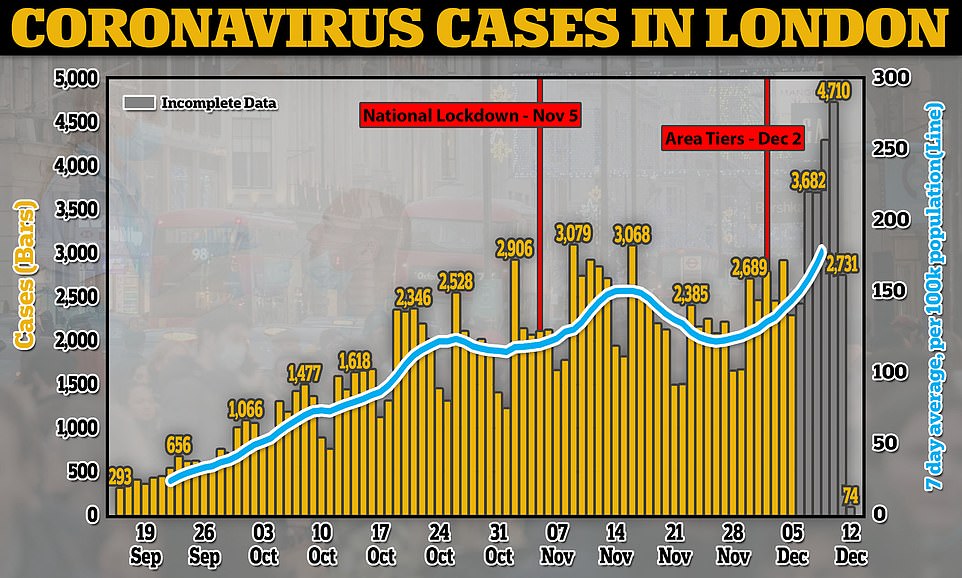 Critics have accused officials of abandoning children after a year of massive disruption to their schooling and questions over the quality of online teaching they receive.

Islington Council told its schools to shut from tonight and not to reopen until January 11. Meanwhile Waltham Forest Council also said last night that it was ‘recommending that all schools move to online learning’.

Christmas gatherings are at risk after Matt Hancock sounded the alarm about the emergence of a new strain of coronavirus as he plunged 11million more people into tough Tier 3 lockdown restrictions.

But government scientists fear this could fuel the new Covid variant that may be behind a surge of cases in southern England.

Urgent talks are under way in Whitehall on whether to tighten regulations in response. A source said: ‘The Christmas rules might change.’

Downing Street insisted there were no such plans despite a rise in infections that means London and parts of Essex and Hertfordshire will be put under Tier Three curbs from tonight.

But some experts warned last night it was too early to be getting alarmed about a new strain of cornavirus.

Alan McNally, professor in microbial evolutionary genomics at the University of Birmingham, stressed that Britons should remain ‘calm and rational’ following news of the variant strain.

He said: ‘It is important to keep a calm and rational perspective on the strain as this is normal virus evolution and we expect new variants to come and go and emerge over time.

‘It’s too early to be worried or not by this new variant, but I am in awe of the surveillance efforts in the UK that allowed this to be picked up so fast.’

And chief medical officer Professor Chris Whitty told the Downing Street press conference that the government is not sure that the new strain is spreading more quickly, but wanted to bring it to the public’s attention nonetheless as new restrictions are introduced.

Since schools break up on Thursday, there would appear to little time for the dispute to be resolved.

The Department for Education (DfE) has written to all Greenwich and Islington schools in light of the statements from the councils.

But headteachers have been calling for more flexibility to end in-person teaching earlier to reduce the risk of pupils and staff having to isolate over Christmas.

Last night marked the first ever use of a measure called a Temporary Continuity Direction under the Coronavirus Act.

‘It is simply not in children’s best interests for schools… to close their doors,’ said Mr Williamson.

‘Schools and colleges up and down the country have shown incredible resilience in the face of this pandemic – and it’s down to the hard work of teachers and staff that millions of children and young people have been able to benefit from a face-to-face education and be with their friends.

‘I have always been clear that using legal powers is a last resort but continuity of education is a national priority. That’s why I won’t hesitate to do what is right for young people and have issued a direction to Greenwich Council setting out that they must withdraw the letter issued to headteachers on Sunday.’

On Sunday, council leaders in Greenwich became the first to advise schools to close and switch to remote learning amid a rise in coronavirus cases.

They were followed yesterday by local authority chiefs in Islington, North London, and then Waltham Forest, in East London. In Basildon in Essex, nearly all secondary schools have already moved to full remote education.

Education officials had been urging schools to ignore demands from Mr Khan and local authority leaders to close their doors until January – despite the capital heading into Tier Three restrictions.

Mr Khan called on the Government to consider closing all secondary schools and colleges in the capital. The rise in cases among ten to 19-year-old children has been identified as a major reason for the surge in cases in South East England.

However, No 10 said the Prime Minister wanted ‘all schools and colleges to remain open until the end of term on Thursday’.

One senior government source told MailOnline that the intervention from Mr Khan and two Labour-run councils, backed by the teaching unions, had more than a ‘whiff of political opportunism’.

Mr Courtney added: ‘We strongly welcome the decision by Greenwich Council to urge all of its schools to close from Monday evening, to all except vulnerable children and the children of key workers. We urge other councils to take the same decision. 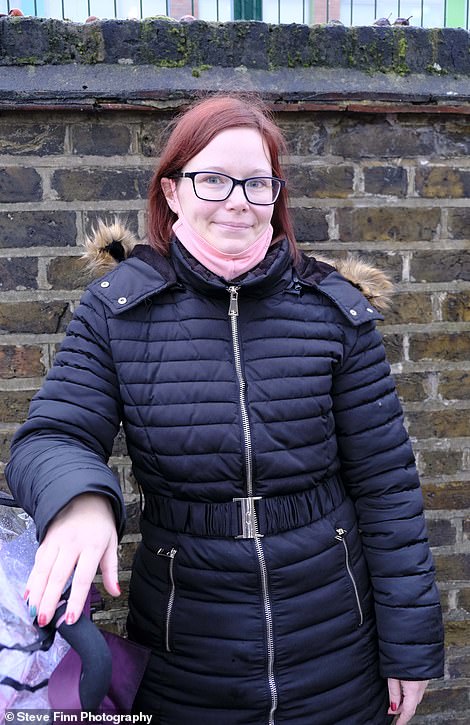 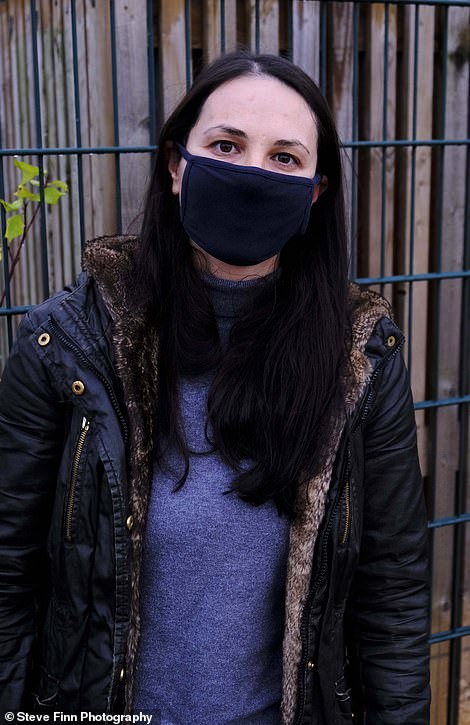 ‘The Government should have been planning for this weeks ago. They have now started to recognise the blindingly obvious fact that transmission is happening in schools and that this can spread to families. Much more is needed to control the virus in schools and to protect communities.’

What are the Tier 3 rules?

‘When you speak to the children, the parents, the teachers, the staff, they all tell you their concern about their establishments – whether it’s a school or an FE college – being a place where the virus is accelerating.’

Geoff Barton, general secretary of the Association of School and College Leaders (ASCL), said: ‘It is deeply unfair on school leaders, teachers, families and pupils that they are caught between the heavy-handed approach of central government and increasing alarm at local infection rates.’

He added: ‘Although it is now incredibly late in the day, the Government must remove the threat of legal action and allow schools to make the decisions they need to make on behalf of their staff and children.

‘In the future, it must allow for more nuanced responses to local infection rates and the huge disruption affecting many schools rather than insisting on a one-size-fits-all approach’.

One school worker in Greenwich said: ‘This has created a huge amount of confusion for parents. Schools will have hundreds of emails & calls to deal with tomorrow morning, adding to their already high workload and pressure’. Another wrote: ‘This is a disaster for families in Royal Greenwich. Schools should be the last thing to close. Please could you provide the evidence you have used to come to this awful decision?’

Historic Greenwich is one of the busiest tourist spots in the capital, and is a magnet for shoppers and drinkers.

One critic said: ‘Massive double standards at play. The pubs have been open all weekend – zero social distancing in Greenwich town centre… then a Sunday evening ‘tweet’ to shut schools early within 24 hours.’

Another parent said: ‘Some of us cannot master magic childcare over night that is not what we normally use. Not all of us can use family right now either’.