Police are hunting a man with a backpack, as they revealed the killer of a sex offender cut up his body and removed limbs from the murder scene.

Noel Brown’s chopped up body was found next to his daughter Marie Brown, 41, at his home in Deptford in the early hours of Monday December 4.

Detectives released new gory details today and believe Mr Brown’s daughter, a creche worker and mother-of-two, was killed when she went to check on her father.

Both had been strangled. Police are now hunting a suspect captured on CCTV carrying a large rucksack.

Mr Brown was a regular at his local Paddy Power bookmakers and police believe he may have been targeted after landing a big win, with his daughter being killed after attempting to stop the perpetrators.

DCI Simon Harding revealed that parts of both Noel Brown’s arms and a part of one of his legs had been removed from the scene, and had not been recovered.

‘In my 27 years of policing, I have not seen anything quite like this’, he said.

Police are hunting a man with a backpack, as they revealed the killer of a sex offender cut up his body and removed limbs from the murder scene 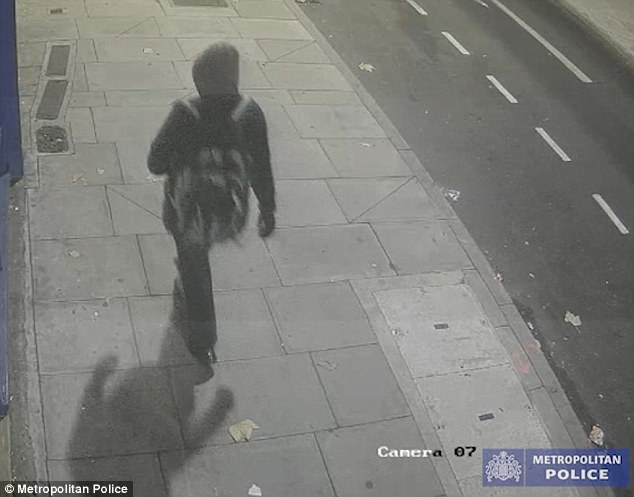 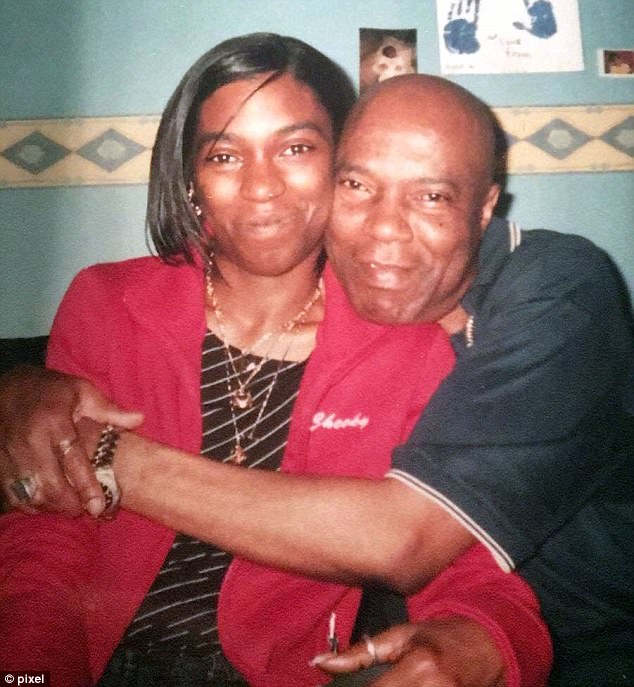 Marie Brown, 41, and her father Noel, 69, were discovered in the early hours at his house in Deptford, south east London

A neighbour saw Mr Brown at his home at about 8pm on Thursday November 30, and at around midday on Saturday December 2, his daughter went to his flat out of concern for his welfare.

She was not seen alive again.

The Metropolitan Police believe the suspect visited the flat at least four times between late Thursday evening and when the bodies were found.

The officer said there was no trace of the missing body parts after police divers searched nearby Deptford Creek, while specialist dogs scoured the estate.

Mr Brown, 69, was convicted of a sex offence and jailed in 1999, but has been described as ‘well-liked and well-respected’ in the area, having been released in 2004.

Mr Harding said the victim’s criminal past was being treated as a significant line of inquiry and that people involved at the time have been questioned by police.

He played down earlier speculation that regular gambler Mr Brown may have been murdered over a big betting win, adding: ‘It could be a stranger or a failed robbery or burglary.’ 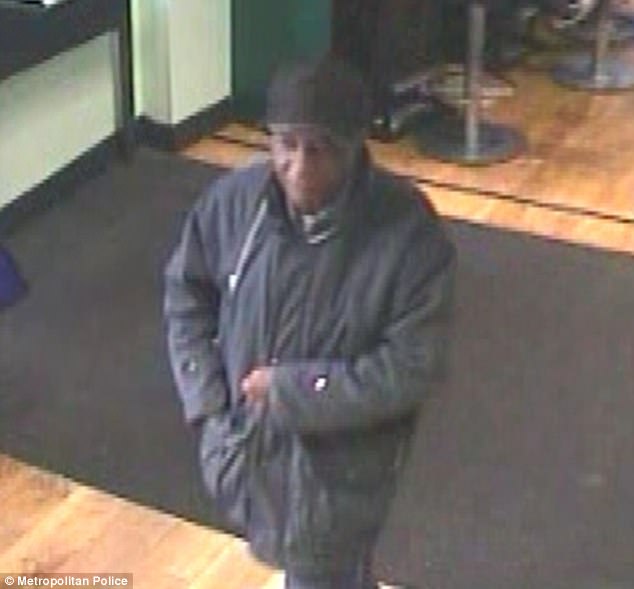 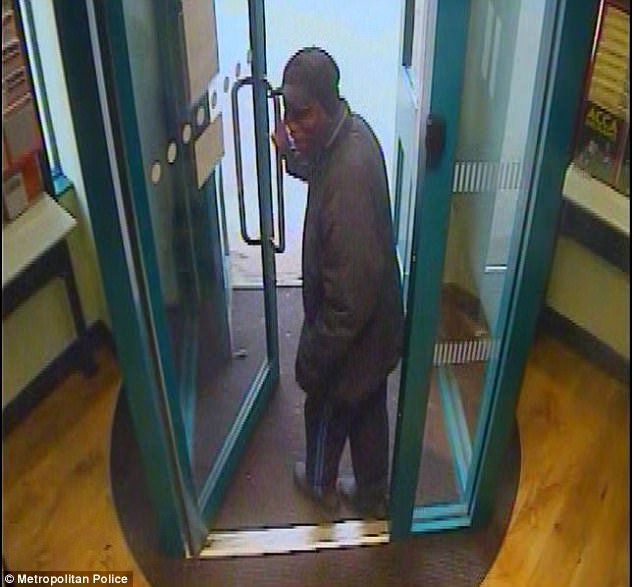 A neighbour saw Mr Brown (pictured leaving Paddy Power) at his home at about 8pm on Thursday November 30, and at around midday on Saturday December 2, his daughter went to his flat out of concern for his welfare. She was not seen alive again

It is believed his daughter stumbled across Mr Brown’s murderer in his flat and was killed as a result.

Police are trawling through 1,000 hours of CCTV footage, and today Scotland Yard released footage of a man seen carrying a distinctive large backpack.

Wearing a dark hooded top, dark trousers and dark shoes, he seems to deliberately avoid passersby before moving back in the direction of the block of flats at about 5am on Saturday December 2.

Detectives said the man was being treated a suspect, but have not ruled out the possibility someone else may have been involved. 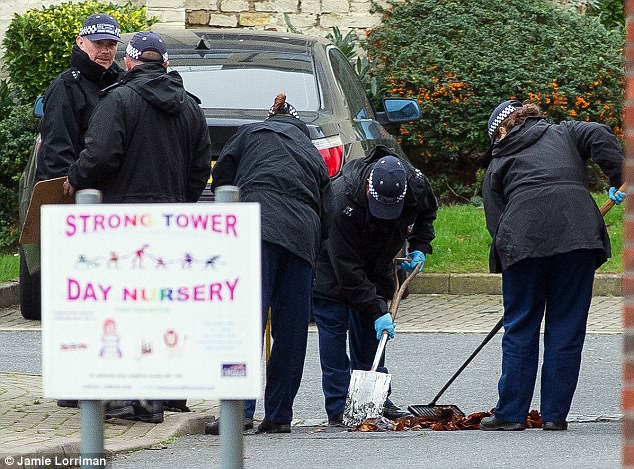 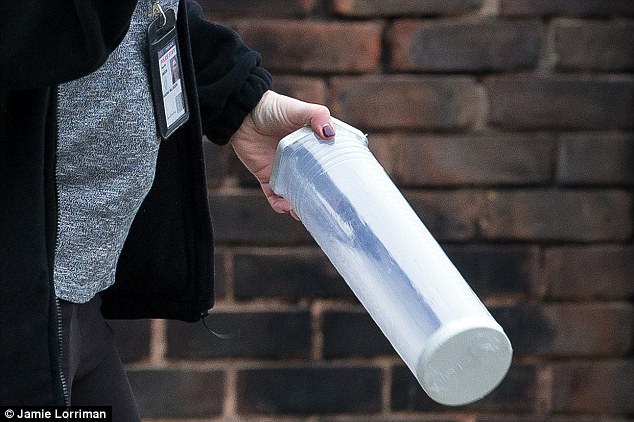 Mr Harding said the suspect was thought to have visited the flat at least four times as he dismembered Mr Brown’s body.

Officers are also trying to trace a woman wearing a light-coloured coat who may have seen the man’s face as he passed.

Appealing for information, Mr Harding said: ‘It is extremely important that we find out who this man with the rucksack is as he is now of very significant interest to our investigation.

‘I hope that by putting these images out into the public domain someone will be able to lead us to his identity. 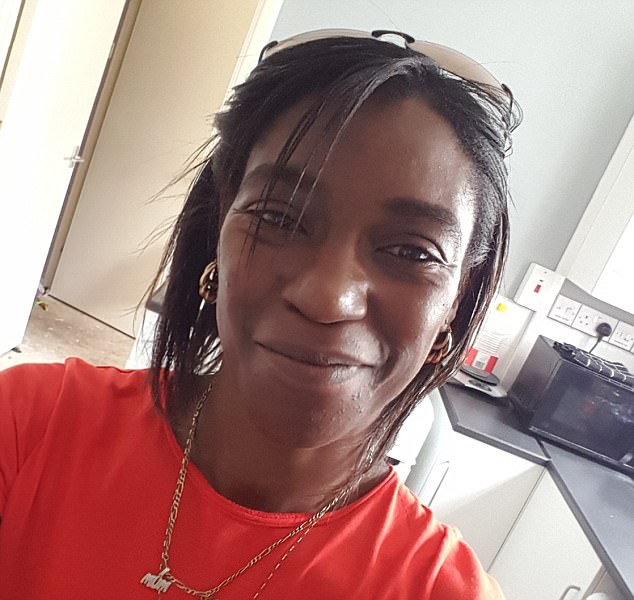 ‘We know from this footage and other information we have obtained that this individual can be placed at key locations for us, at key points during the time-frames we are looking at.

‘We also deem that his behaviour raises questions and it is for all of these reasons I believe him to be a suspect for the murders.

‘If you think you know him, I would urge you to contact us at the earliest opportunity.

‘I am also appealing to the lady in the light-coloured jacket who can be seen passing within yards of this man after he crosses Reginald Road on 2 December in an apparent bid to avoid her.

‘She has never come forward and could have vitally important information.

‘At that time in the morning she may well have been startled by this man suddenly appearing in front of her. 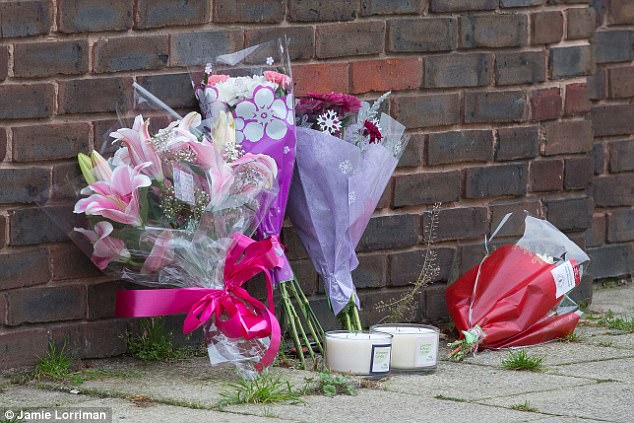 ‘In addition, a van can be seen driving along Reginald Road just after the man crosses back over – possibly it was on the way to Deptford Broadway market that morning.

‘Were you the driver or a passenger? Or perhaps you are a market trader who saw something unusual on that Saturday morning, or the previous morning, the Friday?

Ms Brown’s family said in a statement: ‘As a family we are struggling to put together an appeal because we are still in shock and disbelief.

‘Marie was the peacemaker and we cannot understand why this would happen to her.

‘It is obvious that we need to find the person or people who have done this to her, but we have no information and need your help.

‘Please, if you know anything come forward and let the police know, even if it’s the smallest detail.

‘Marie was everything and we miss her so much, we are hurting and this is painful and we don’t want this to happen to someone else.

‘No-one should ever have to feel this pain. Marie was a calm peaceful person, slow to anger and quick to forgive, she never got caught up in any sort of fight and avoided feuds with anyone because she didn’t want to be a part of anyone’s upset.