The Alexandra pub in Wimbledon, south west London invited people for the free turkey dinner and beer with no strings attached.

The popular bar has been offering a similar deal for the past several years and as a result it has been growing in popularity.

A group of volunteers joined Mick, the manager of the Alexandra bar in Wimbledon, wearing a pink shirt, to serve Christmas dinner to a group of 62 lonely people free of charge 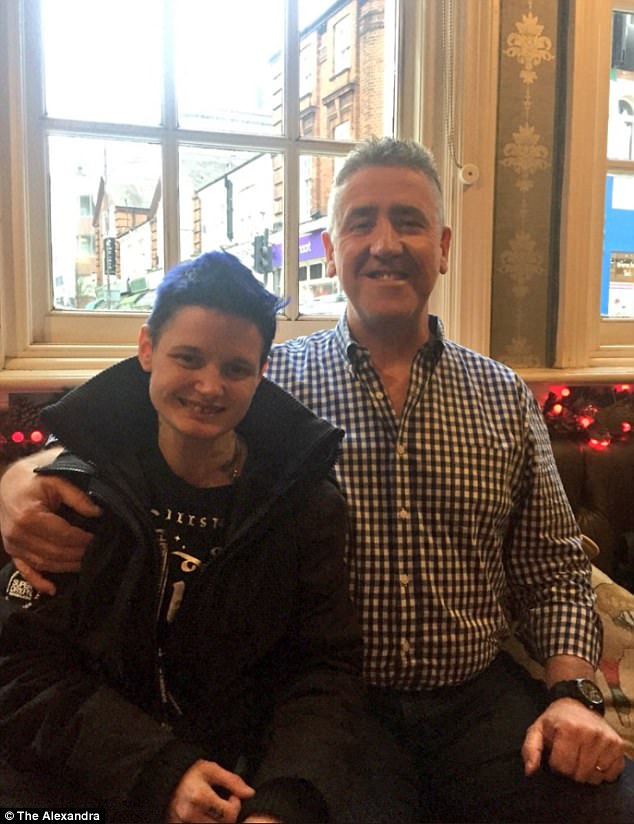 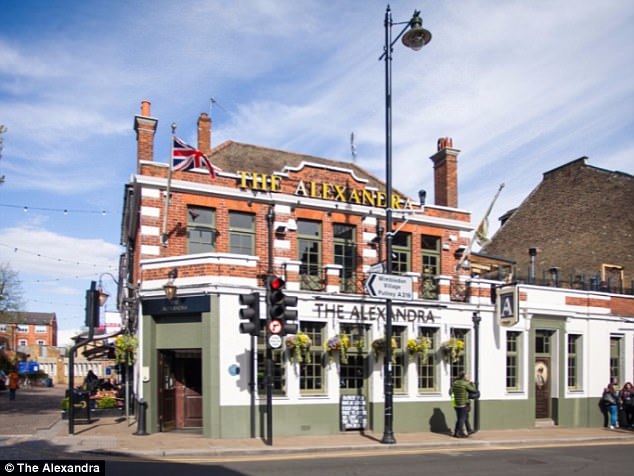 Those attending the dinner sat in tables of four so nobody was left alone. Now the bar is going to offer free tea and sandwiches on Monday mornings from January 8 for #MeetUpMondays

The bar’s manager Mick told Metro.co.uk: ‘The day went really well. We’ve been doing this for a few years now.

‘At the beginning, we’d only have around three or four people come in for a free beer. Then, ever since we redeveloped the pub and put in an extra kitchen, we decided to extend this to serving a full meal. We put out a collection at the bar last year and within 10 minutes it was piling up with money so we had to remove it.

‘We had dozens of suppliers approach us, so we were able to offer a full turkey dinner to around 29 people.’

The dinner turned out to be a community effort, with nearby fishmongers Jonathon Norris supplying smoke salmon starters.

A local primary school made cakes for dessert.

Mick continued: ‘People had a blinding day, it really was a great thing to see everyone get involved as well. Due to the pressure of space, a man who came down to have his dinner offered to ferry everyone home for free so more people could be seated.

‘We also had eight volunteers on hand that rang us up and asked if they could come down and help. They were fantastic and we really would’ve struggled to do it without them to be honest.’

Mick said he was surprised by the number of young people who were spending Christmas on their own.

Although, one man at the pub had been on his own on Christmas for each of the past 16 years.

Now, the bar is going to offer free tea and sandwiches between 11 and 3 for #MeetUpMondays starting on January 8.

He said he hopes 30 or 40 people a week could attend these meetings.

He added: ‘For me, I’m not bothered if people don’t come to the pub for the rest of the year and only come when it’s free. It’s not for publicity because we don’t need customers. At the end of the day, it’s just to make sure people are not alone and are having a good time.’