A new high-speed railway has been delayed and will miss its December opening date – with services now not expected to begin until autumn next year.

The colossal £14.8 billion Crossrail project had been expected to open this year bringing significantly reduced journey times to the capital.

A spokesman confirmed today however, that the project would open later than expected. 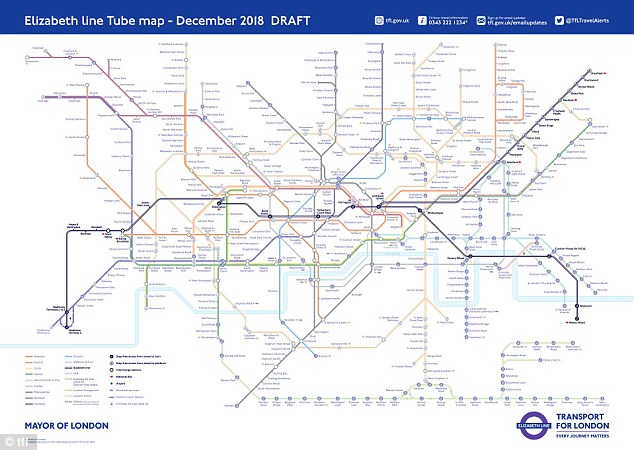 A map showing the new route of the Crossrail project, which has now been delayed until autumn next year 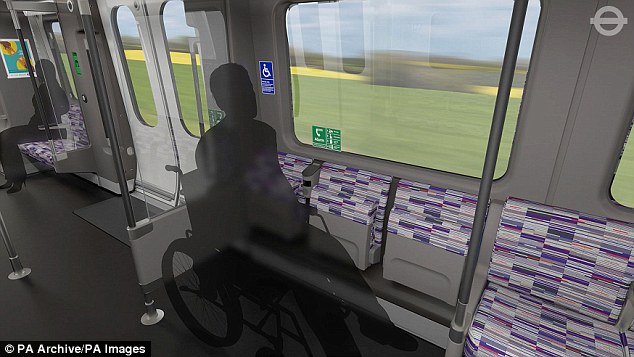 The spokesman for Crossrail Limited said: ‘The revised schedule is needed to complete the final infrastructure and extensive testing required to ensure the Elizabeth line opens as a safe and reliable railway.’

More time is needed to test the central section between Paddington and Abbey Wood – in a way that can be guaranteed to be safe and reliable.

The Elizabeth line will add 10 per cent to central London’s rail capacity, and the project is estimated to boost the economy by an estimated £42bn. 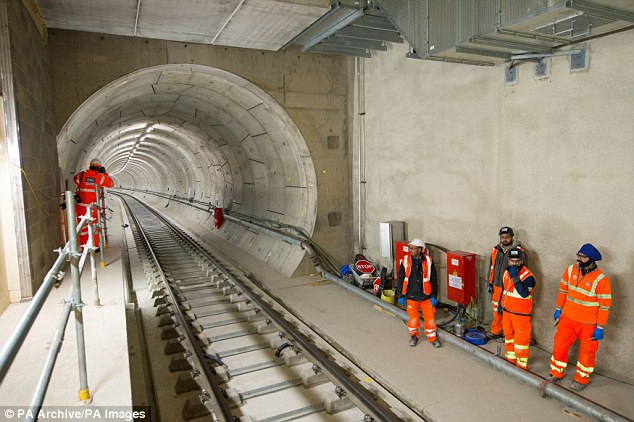 Crossrail workers in a train tunnel at the construction site of the Paddington Crossrail station, in central London 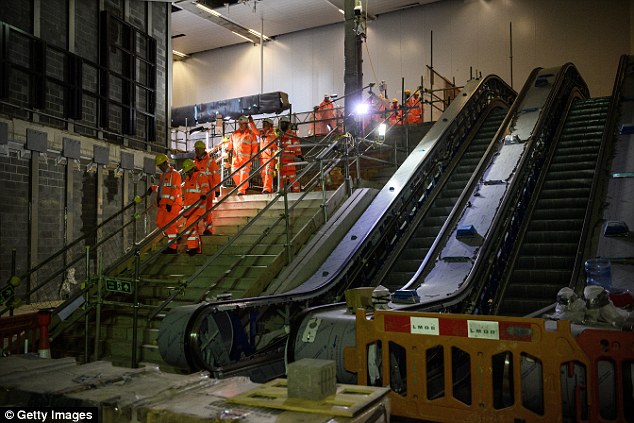 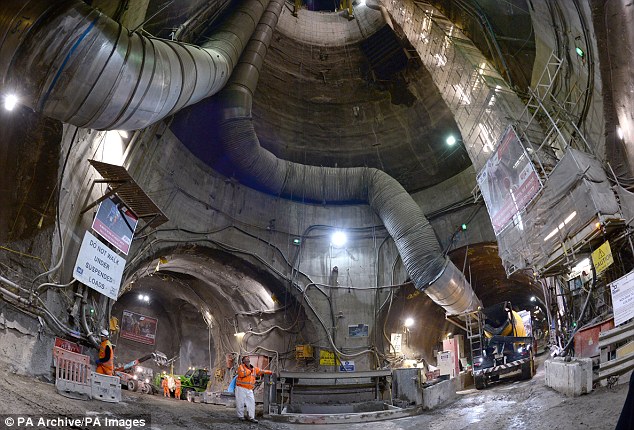 General view of construction during the Crossrail breakthrough beneath Finsbury Circus

The spokesman said: ‘The original programme for testing has been compressed by more time being needed by contractors to complete fit-out activity in the central tunnels and the development of railway systems software.

‘Testing has started but further time is required to complete the full range of integrated tests.’

The focus remains on opening the full Elizabeth line, from Reading and Heathrow in the west to Shenfield and Abbey Wood in the east, as soon after the central tunnels open as possible.

Simon Wright, Crossrail Chief Executive said: ‘The Elizabeth line is one of the most complex and challenging infrastructure projects ever undertaken in the UK and is now in its final stages.

‘We have made huge progress with the delivery of this incredible project but we need further time to complete the testing of the new railway.

‘We are working around the clock with our supply chain and Transport for London to complete and commission the Elizabeth line.’

The trains are also being tested in the Heathrow tunnels.

Construction activity is drawing to a close including the completion of the remaining architectural fit-out in the new central section stations.