Kyall Parnell was the first victim of London’s year of violence, he was stabbed on the night of New Year’s Eve 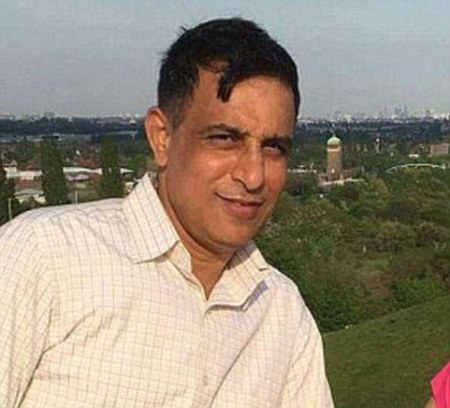 1) Kyall Parnell, 17, was attacked in front of horrified revellers on his way to a New Year’s Eve party and died after being chased through traffic in Tulse Hill, south London. A murder investigation was opened in 2018.

2) Steve Frank Navarez-Jara was the first person to be killed in 2018. The 20-year-old was stabbed on New Year’s Day in Old Street, north London.

3) Elizabeta Lacatusu, 44, who came to London from Romania to work, was stabbed in Redbridge, east London on January 3.

4) Vijay Patel, 49, died on January 6 after being attacked outside a shop in Mill Hill Broadway after refusing a teenager trying to buy Rizla cigarette papers.

5) Daniel Frederick, 34, died after being stabbed in Hackney on January 8 while walking home after attending a hospital check-up with his pregnant partner.

6) Harry Uzoka, 25, worked as a model in London and was knifed in the heart in Shepherd’s Bush on January 11.

7) Seyed Azim Khan’s body was found in Ilford Cemetery with extensive head injuries in February after he went missing on his way home from work on January 24.

8) Yaya Mbye, 26, died in hospital after being stabbed in Stoke Newington. east London, on January 28.

9) Juan Olmos Saca, 39, was stabbed in the chest in Peckham, south east London, on the January 29 and died a week in hospital.

10) Khader Saleh, 25, was stabbed at Wormwood Scrubs prison on January 31.

12) Hassan Ozcan was just 19 when he died from multiple stab wounds in Barking, east London, on February 3.

13) Kwabena Nelson, 22, a youth worker from Tottenham, died after being stabbed near his home on February 3. 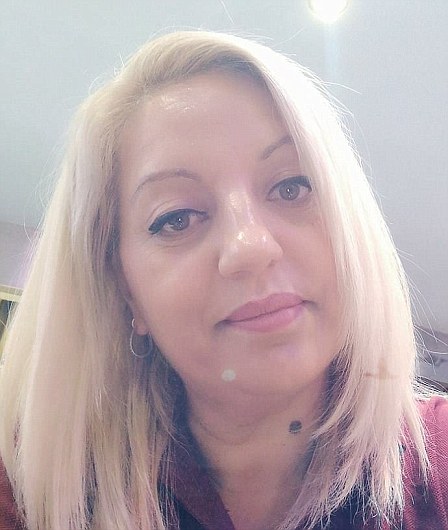 Elizabeta Lacatusu had her throat slashed in Ilford 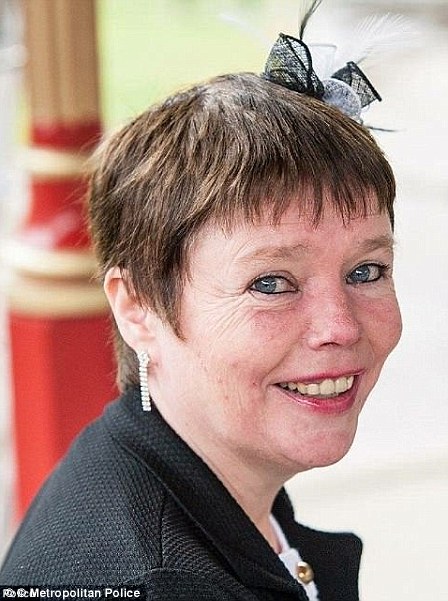 Hannah Leonard was stabbed in a flat in Camden in February

15) Sabri Chibani, 19, was stabbed in the chest in Streatham, south west London, on February 11.

16) Bulent Kabala was the first victim to be shot dead in 2018. The 41-year-old was gunned down on February 12 and died at the scene in Barnet, north London.

17) Saeeda Hussain, 54, was stabbed at a house in Ilford on February 13 and died from her injuries.

18) Lord Promise Nkenda was just 17 when he was stabbed in Canning Town, east London, on Valentine’s Day.

19) Mark Smith, 48, died from multiple injuries after being found unconscious in Waltham Forest on February 15.

20) Lewis Blackman, 19, was stabbed in the early hours of February 18 after going to a house party in Kensington. He died outside the former home of Queen frontman Freddie Mercury.

21) Jozef Boci, 30, suffered serious head injuries after being attacked on the street in Greenwich on February 17 and died in hospital just under a week later.

22) Rotimi Oshibanjo, 26, was stabbed in Southall on February 19 and died from his injuries.

23) Sadiq Mohammed, 20, died after being stabbed in Camden on February 20.

24) Abdikarim Hassan, 17, a friend of Sadiq, died on the same night after also being stabbed in Camden.

26) Michael Boyle, 44, died from a single stab wound to the chest. He was attacked on 25 February and died in hospital on March 10.

27) Christopher Beaumont, 42, was stabbed at a house in Hammersmith on March 1.

28) Laura Figueira, 47, was found dead at her home in Richmond, south west London, on March 5th having suffered stab wounds.

29 and 30) Later the same day, her husband Adelino Figueia de Faria, 57 and two young sons Claudio, 10, and Joaquin, 7, were discovered at the bottom of Beachy Head at Birling Gap, East Sussex, with all three having died from ‘multiple injuries consistent with falling from a height’. 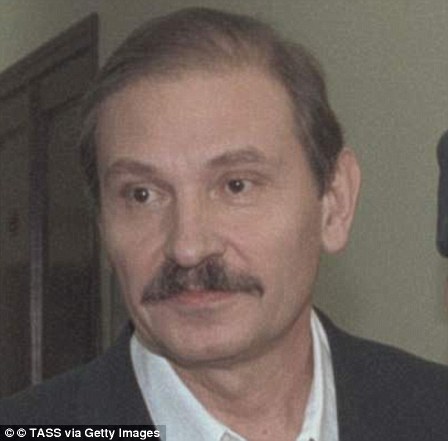 31) Kelva Smith was 20 when he died after being stabbed in the stomach in Croydon, south London.

33) Julian Joseph, 36, died in hospital 11 days after being attacked and suffering a serious head injury on a night bus in New Cross just after midnight of March 13.

34) Nikolai Glushkov, 68, died from compression to the neck in New Malden on March 13.

36) Lyndon Davis was 18 when he was stabbed in Chadwell Heath on March 14.

37) Naomi Hersi, 36, was found with stab wounds at a hotel near Heathrow Airport on March 16 and was pronounced dead 30 minutes later. 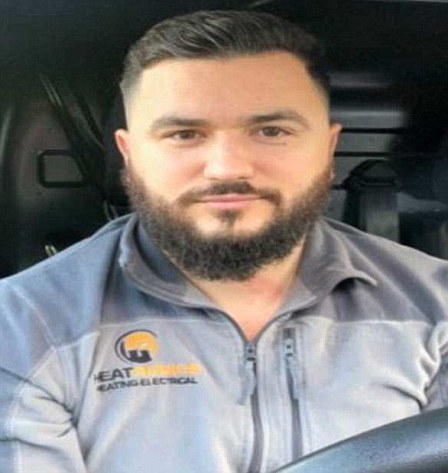 Jozef Boci, 30, was assaulted in Greenwich and later died from his injuries

38) Russell Jones, 23, died after suffering from stab injuries and a gunshot wound in Enfield, north London, on March 17.

40) Balbir Johal, 48, was admitted to hospital with stab wounds after being attacked in Southall on March 19 and died a few hours later.

41) Jermaine Johnson, 41, was stabbed to death an an address in Walthamstow on March 19.

42) Beniamin Pieknyi, 21, was found with stab wounds at the Stratford shopping centre in East London, on March 20 and was pronounced dead at the scene.

44) Wieslaw Kopcynski, 59, died on March 27th two days after being found lying in bed in Barking with serious head injuries following a suspected assault. A post-mortem found the cause of death was a complex skull fracture

45) David Potter, 50, was found dead inside a house in Tooting High Street on March 26 after suffering from stab injuries. 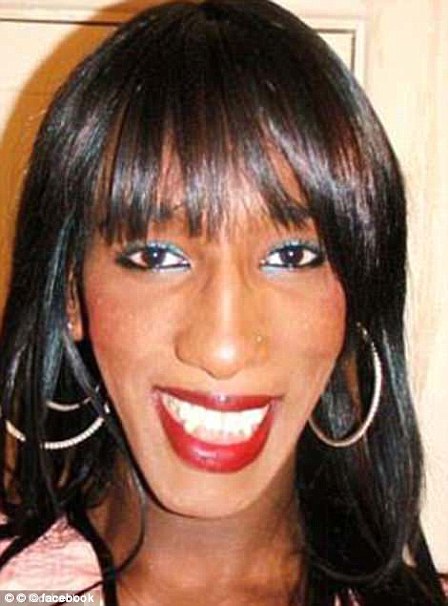 Hersi Hersi was stabbed in Hounslow in March

46) Reece Tshoma was 23 when he was stabbed in Plumstead, south east London, on March 29.

48) Ourania Lambrou, 80, died in hospital after being pushed to the ground by her attacker in a drunken rage in Camden on March 31.

49) Devoy Stapleton, 20, stabbed outside bar in Wandsworth in the early hours of April 1.

50) Tanesha Melbourne, 17, was shot in the chest on April 2 after a drive-by shooting in Tottenham, north London.

51) Amaan Shakoor, 16, was shot in the face, also on April 2 in Walthamstow and died a day later in hospital.

52) Career criminal Henry Vincent, 37, died after being stabbed in the chest as he burgled Richard Osborn-Brooks’ house in Lewisham on April 4. The 78-year-old was initially arrested for murder but cleared of all charges and faces no further action.

53) Babatunde Akintayo Awofeso, 53, died after fight at a bookmakers in Upper Clapton on April 4 following reports of an altercation with another man. 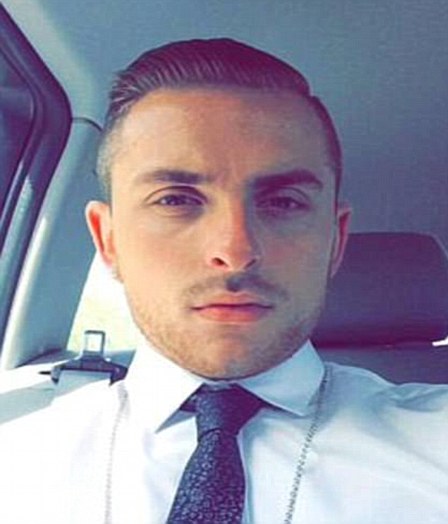 Russell Jones, 23, became the eighth person in a week to be killed in London in March when he was ambushed outside shops in Enfield

54) Israel Ogunsola, 18, in Hackney after being stabbed, also on April 4. The victim approached police who performed first aid but he died at the scene after 25 minutes.

59) Sami Sidhom, 18, who studied law and history at Queen Mary University, was stabbed in the back just yards from his home in Forest Gate, east London, after going to the West Ham v Stoke game on April 16.

60) Builder John Woodward, 47, found dead on the roof of the Pressman Mastermelts building in Hatton Garden on April 17. Post-mortem gave cause of death as blunt force trauma to the head.

61) Aaron Springett, 32, died after street fight outside bookies in Merton, south west London, after suffering from a blunt force trauma to the chest on April 20. 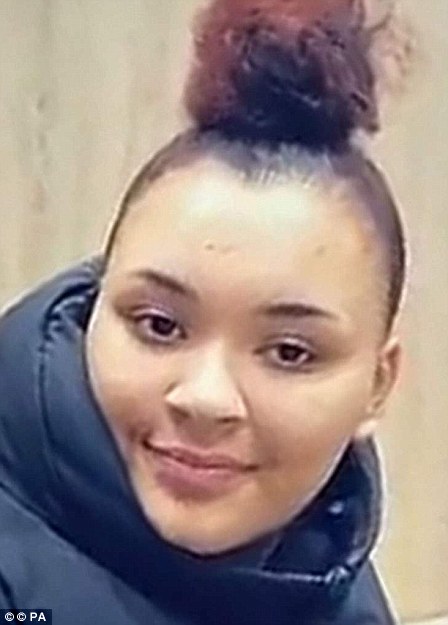 There was outcry in April when Tanesha Melbourne, 17, was shot in the chest in Tottenham

63) Leon Maxwell, 38, shot outside Queensbury tube station on May 1. A 26-year-old man also shot went to a north London hospital.

64) Rhyhiem Barton, 17, shot dead in broad daylight near his family’s flat in Kennington on May 5th.

67) Abdulrahman Nassor Juma, 24, known to friends as Mani, fatally stabbed in the chest in Barking on May 17.

68) Osman Shidane, 20, stabbed repeatedly in Ruislip on evening of May 15, died three days later on Friday May 18.

69) Homeless Arunesh Thangarajah, 28, stabbed to death in Mitcham in early hours of Sunday May 20th. 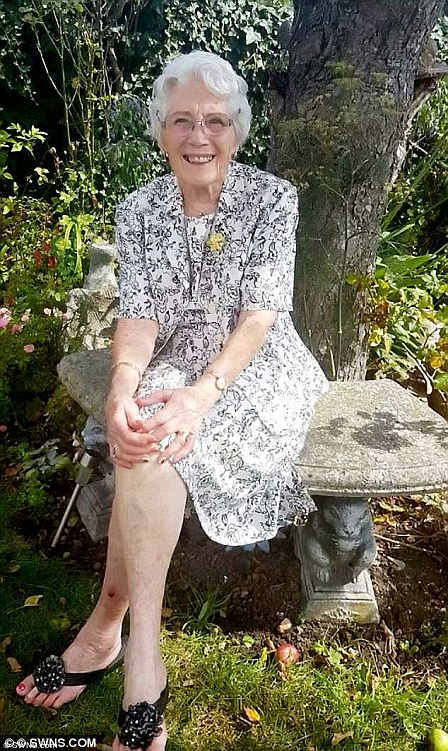 70) Sophie Cavanagh, 31, viciously attacked at an address in Bromley around 6pm on Sunday May 20.

71) Father-of-two Marcel Campbell, 30, from Tottenham, fatally stabbed outside an ice cream parlour in Islington on Monday May 21st.

72) Gerry Gaffney, 46, died in hospital on May 21st, eight days after being repeatedly stabbed near The Oval cricket ground in south London on Sunday May 14th.

73) Molly Frank, 61, a care worker, suffered fatal head injuries at an Islington residential home on May 24 and died in hospital the next day. A special post-mortem examination gave the cause of death as intra-cerebral haemorrhage.

74) Aspiring actress and singer Bethany-Maria Beales, 22, fell to her death from the 19th floor of The Heron, a 36-storey residential skyscraper in the City on May 26.

75) Mark Fontaine, 41, from Walthamstow, repeatedly stabbed in Chelsea on May 30.

76) Andra Hilitanu, 28, who was seven months pregnant with her third child, found stabbed in the neck at her flat in Brent on June 1st. The Romanian national’s family revealed that her unborn child also died.

77) Edmond Jonuzi, a 35-year-old Albanian, was knifed in park and collapsed near Turnpike Lane station in north London on the evening of Saturday June 9th. 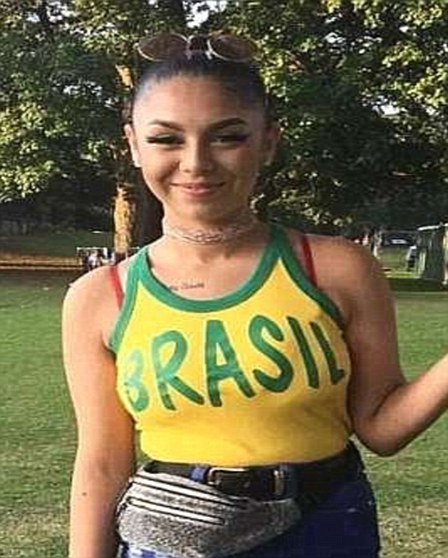 Katerina Makunova, 17, was stabbed to in Camberwell in July

78) Gitana Matukeviciene, 50 and originally from Lithuania, found with multiple injuries at a residential address in Dagenham on Saturday June 9th never regained consciousness and was pronounced dead on Tuesday June 12th.

79) Mark Tremain, 52, died from his injuries on June 14th two weeks after being badly beaten near his home in Albert Square, Stockwell, on May 31st.

81) Matthew Thomas, 39, died shortly after being found with multiple injuries at a flat in Pimlico on Thursday June 21st.

82) Slawomir Weglarski, 39, died after a fight outside a pub in Greenford in the early hours of Saturday June 23rd.

83) Gita Suri, 56, found with stab wounds to her back in the garden of a house in Greenwich on Saturday June 23rd.

84) Schoolboy Jordan Douherty, 15, from Chafford Hundred, stabbed to death after a birthday party in Romford on Saturday June 23rd.

85) Ishak Tacine, 20, of Enfield, repeatedly stabbed in Edmonton following reports of an altercation between men armed with baseball bats on June 27th. 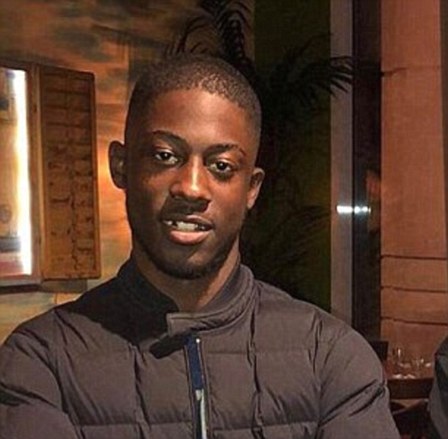 86) Elderly woman Shuren Ma, 72, found with a fatal head injury at a house in Woolwich on July 1st.

88) Katerina Makunova, 17, stabbed to death in a block of flats in Camberwell on Thursday July 12th

89) Latwaan Griffiths, 18, from Southwark, died in hospital hours after being found with stab wounds in Denmark Road, Camberwell, on July 25. He had been dumped in the street by a moped rider.

90) Sheila Thomas, 69, was found stabbed to death at her home in Casino Avenue, Herne Hill on Tuesday July 31st.

91) Drill rapper Sidique Kamara, 23, aka Incognito, stabbed to death in Camberwell in an alleged gang feud on August 1.

92) Thomas Peter, 50, of Valentines Way, Dagenham, has been charged with murder and arson with intent to endanger life after woman found dead in east London on Thursday August 2nd. 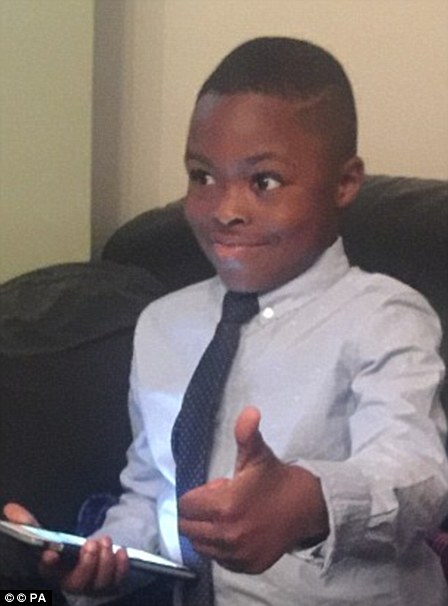 93) Malik Chattun, 22, from Surbiton, stabbed to death in group fight in Kingston just after 2am on Aug 5.

94) Seven-year-old Joel Urhie died in arson attack on his family home in Adolphus Street, Deptford, just before 3.30am on Tuesday August 7th.

95) Simonne Kerr, 31, A nurse who starred as part of a the B Positive choir who reached the final of this year’s Britain’s Got Talent, stabbed to death at an address in Grayshott Road, Battersea, on Wednesday August 15th.

96) Joseph Cullimore, 42, died after being repeatedly stabbed at a house in Chingford in the early hours of Friday August 17th.

97) Gary Amer, 63, a plumber of Holborn, found with multiple knife wounds at an address off the Old Kent Road on the afternoon of Friday August 17th.

98) Leroy ‘Junior’ Edwards, 66, found with multiple stab wound at an address in Catford in the early hours of Saturday August 18th.

99) Kaltoun Saleh was badly burnt in a fire at a flat in Finsbury Park on July 5th and died at a specialist burns hospital on Tuesday August 21st.

100) Carole Harrison, 73, found dead inside her house in Teddington following a fire on Wednesday August 22nd. A post-mortem found she had suffered injuries consistent with an assault.