‘Some penguins are gay, get over it!’ London Zoo celebrates same-sex couple Ronnie and Reggie with a Pride banner in the birds’ enclosure

The sign declaring ‘some penguins are gay, get over it’ was erected in the Penguin Beach enclosure to mark Pride.

The enclosure – which recreates a South American beach landscape – is home to several same-sex couples, including Humboldt penguins Ronnie and Reggie.

The birds struck up a relationship in 2014 and have since raised a chick together. Zookeepers said they remain as ‘strong as ever’ today.

London Zoo installed a banner celebrating its same-sex penguin couples. The sign, pictured, declaring ‘some penguins are gay, get over it’ was erected in the Penguin Beach enclosure 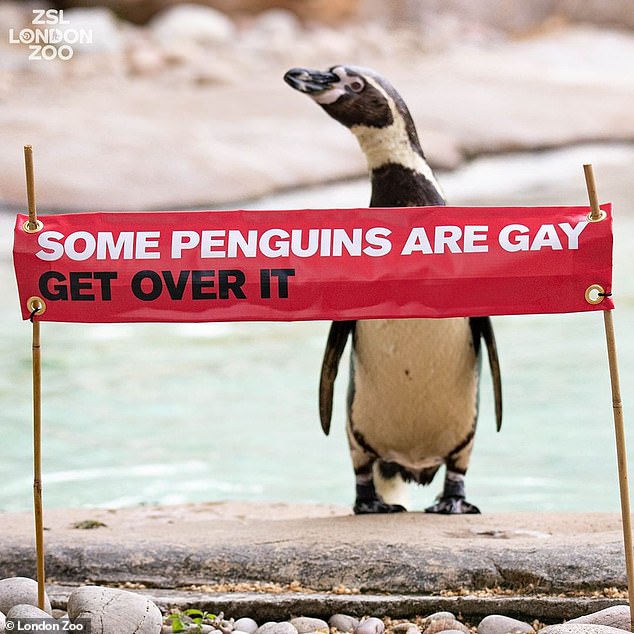 The sign – which is about as tall as a penguin and stands facing visitors – supports the Get Over It campaign spearheaded by the LGBTQ charity, Stonewall.

The striking red, black and white banner was praised by Twitter users after a snap was shared online by the official ZSL London Zoo account.

One called it ‘the best thing’ while another said it was ‘amazing’.

Announcing the move, the zoo tweeted: ‘Next week’s ZSLZooNights will be getting a #Pride makeover and our #penguins are joining in on the celebrations!’

Penguin Beach is a breeding facility for colonies of Humboldt penguins with a special penguin nursery, including a chick incubation unit and a pool where the youngsters can learn how to swim. 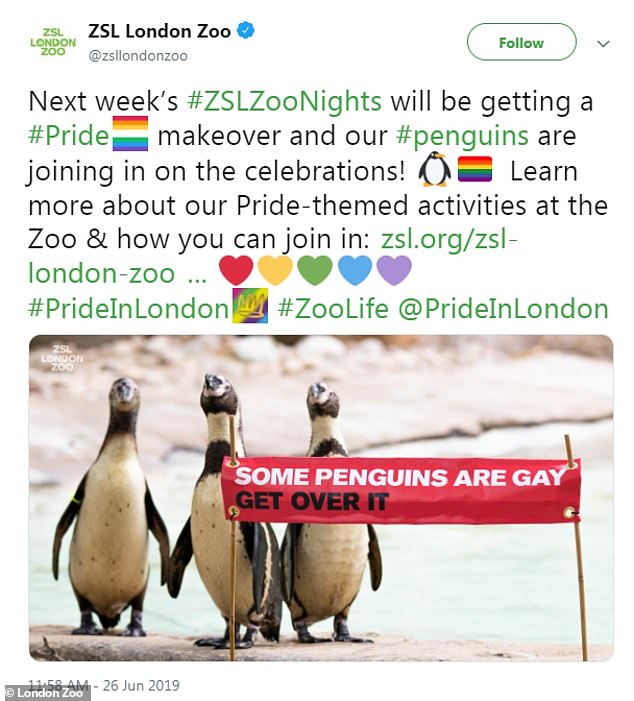 It is home to 93 penguins, including Ronnie and Reggie.

The couple got together in 2014 and made headlines a year later when they ‘adopted’ an egg that had been abandoned.

The couple shared parenting duties of their chick, Kyton, until he fledged the nest.

The Zoo said they’re still as strong as ever and are often found snuggled up in their nest box together. 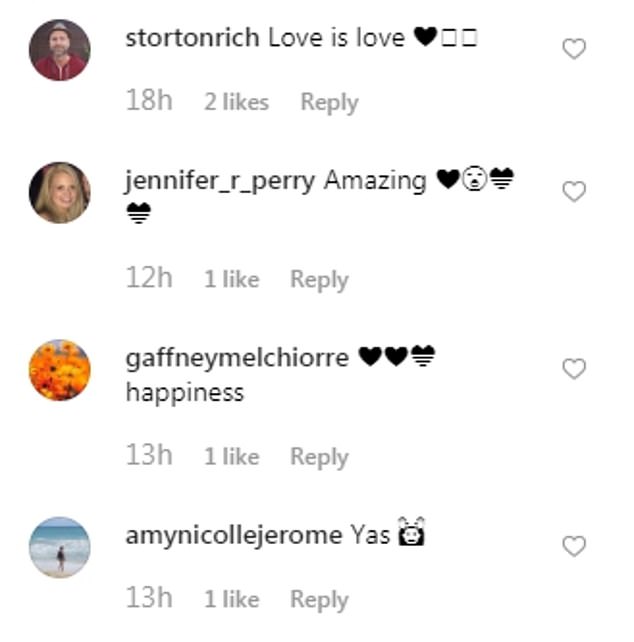 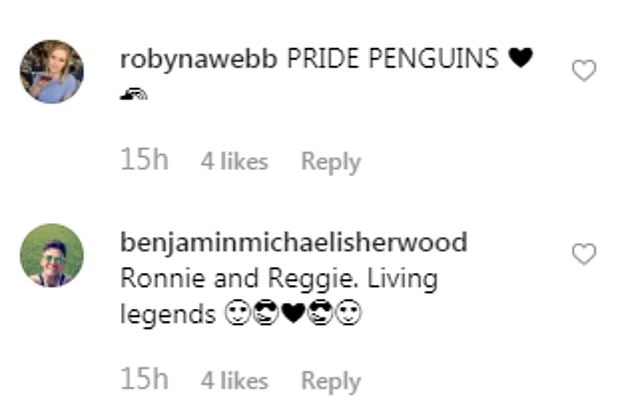 Also living on Penguin Beach is one-year-old chick Rainbow who hatched during Pride celebrations last year and will celebrate her first birthday this weekend.

London Zoo has a selection of Pride-themed activities planned for next week, including a makeover for Zoo Nights, which coincide with the city’s Pride Parade over the weekend of July 5.

Visitors will be able to learn about gender and mating in the animal kingdom at a Pride-themed talk.

Zookeepers will reveal just how common same-sex pairings are – from penguins and pandas to goats and giraffes.