The finishing touches are being put to the dragons which are returning to the Great Pagoda at Kew Gardens.

It comes after a two-year and £4.5 million restoration of the unusual Georgian 10-storey octagonal tower in south-west London which is famed for its bird’s-eye view, Historic Royal Palaces (HRP) said.

It stands at 163 feet and each level is 12 inches narrower than the one below, but none of the 80 brightly-coloured wooden dragons which dressed the pagoda when it was built in 1762 survived.

The replacement dragons are now being put back but 72 of them, which will feature on the upper levels, have been 3D laser-printed.

Craftspeople are hand carving the eight larger and heavier 6ft-long dragons from cedar wood which will sit on the bottom level.

The Great Pagoda was designed by Sir William Chambers and completed in 1762 as a gift for Princess Augusta, the founder of the botanic gardens at Kew. It is a ten-storey octagon tower, standing at almost 50m and each level is 30cm narrower than the one below 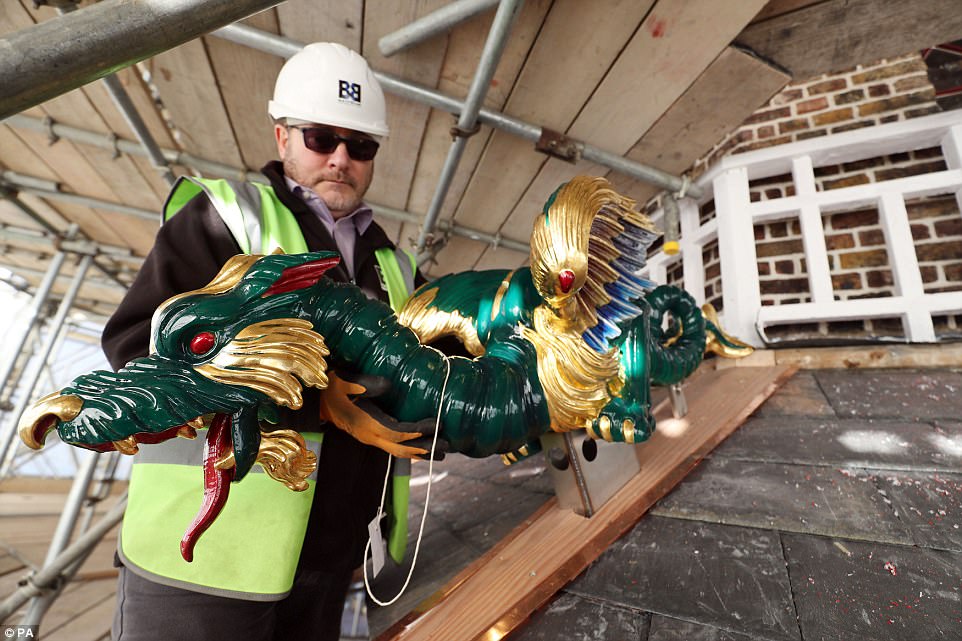 Eighty dragons will adorn the roofs, carved from wood and gilded with real gold, just like the original construction in 1762. The dragons were removed in 1784 and were rumoured to have been sold to settle George IV’s gambling debts 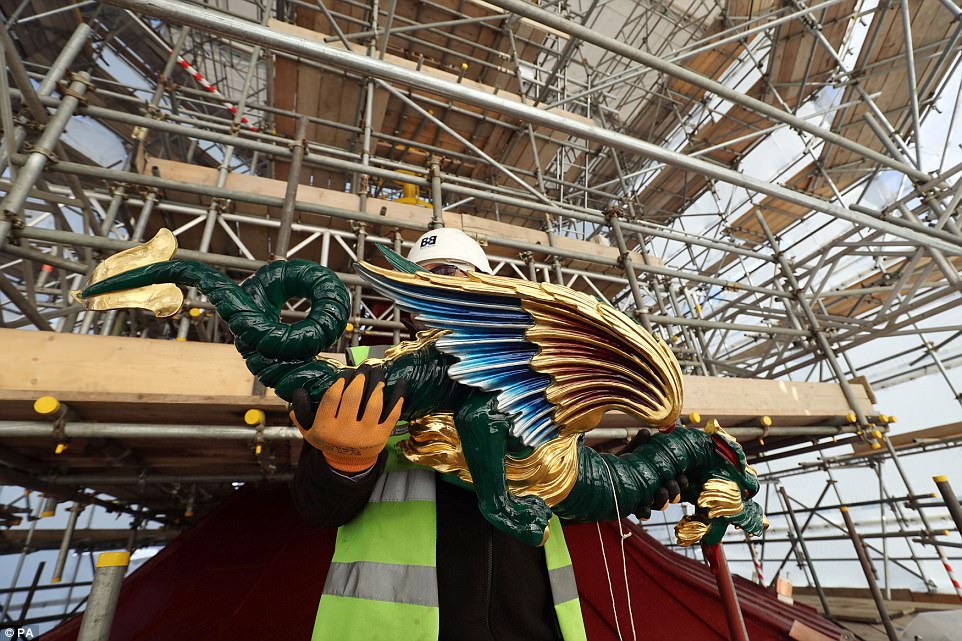 Despite the popular theory that the dragons were sold to pay off the King’s debts, some expects believe that since they were made of wood, they had simply rotted over time 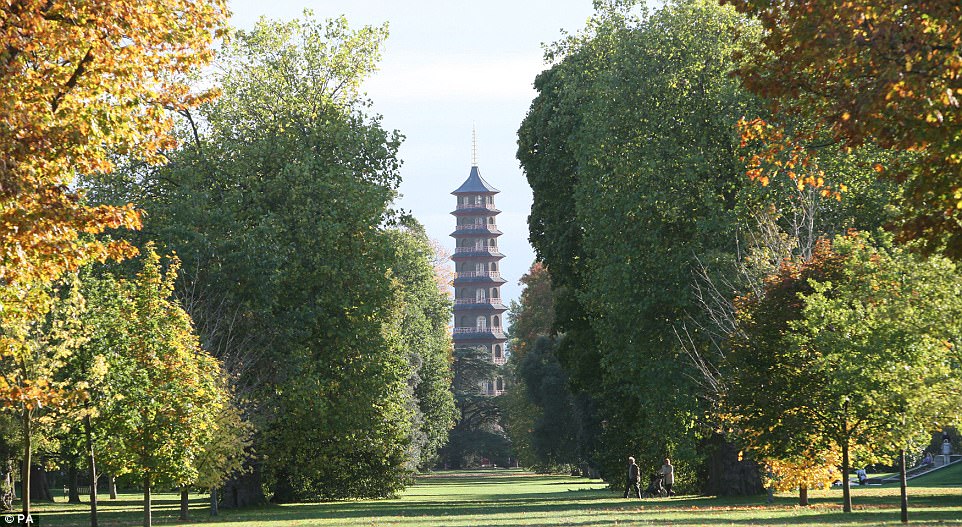 Chambers studied oriental architecture in China, which is where the inspiration for the Great Pagoda’s design originated. But the  designer actually ignored what he was taught. Pagodas should have an odd number of floors, traditionally seven, because they are to represent seven steps to heaven. But Chambers had the tower in Kew built with ten levels

The Great Pagoda was designed by Sir William Chambers and completed in 1762 as a gift for Princess Augusta, the founder of the botanic gardens at Kew.

Researchers used contemporary accounts and drawings and inspiration from surviving 18th century dragons in houses and museums across Europe to create the new-look dragons.

Craig Hatto, of HRP, said: “It has been fascinating to piece together the story of the elusive dragons, missing from this remarkable building for over two centuries.”

Gilding work is being done on the building, and finishing touches are being made to the top of the pagoda before scaffolding comes down and the dragons are put back in place, according to HRP.

Ensuring the building is structurally sound, new copperwork, and restoring the pagoda to its original design are among the work which has been done.

The pagoda is to set to open to the public permanently from May 2018. 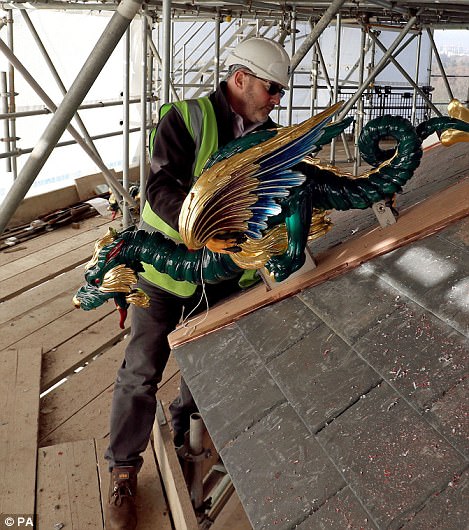 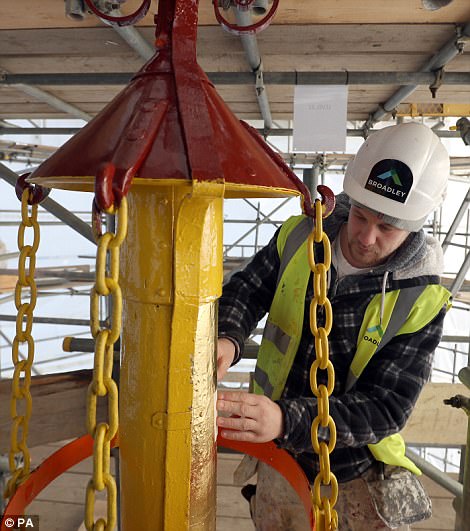 The Great Pagoda was the most accurate reconstruction of a Chinese building in Europe at the time. It dawned an nontraditional design and it was a symbol of wealth and power. A Moorish Alhambra and a Turkish Mosque once stood either side of the tower, but they were knocked down 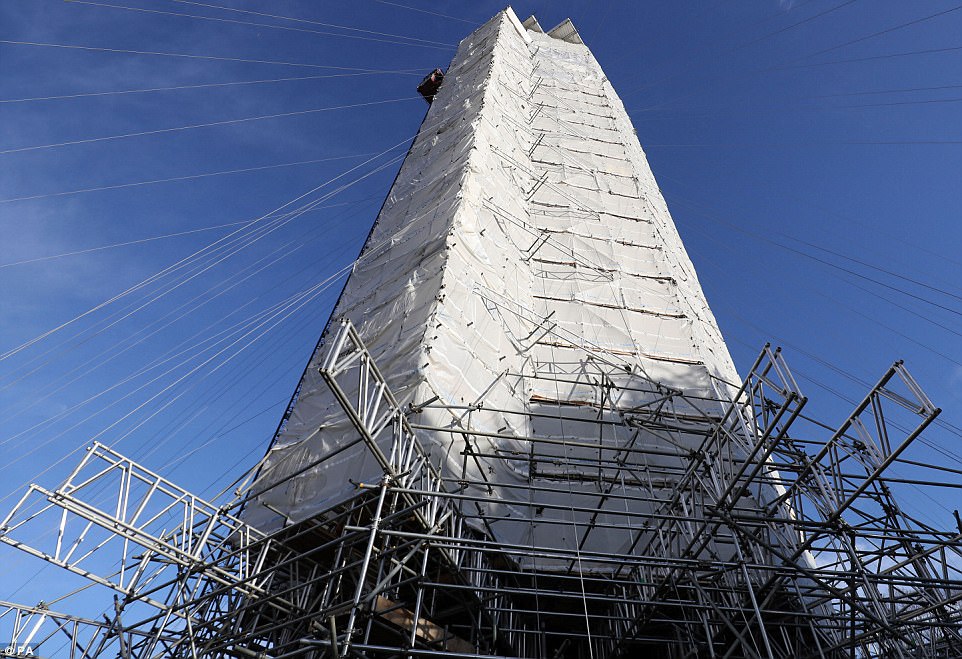 During World War II, British bomb designers wanted to study their latest inventions in flight. They made holes in each floor of the pagoda and dropped bombs down in secret to test their inventions. Above, scaffolding and protective screening covers the 163ft tower while the £4.5 million restoration is underway 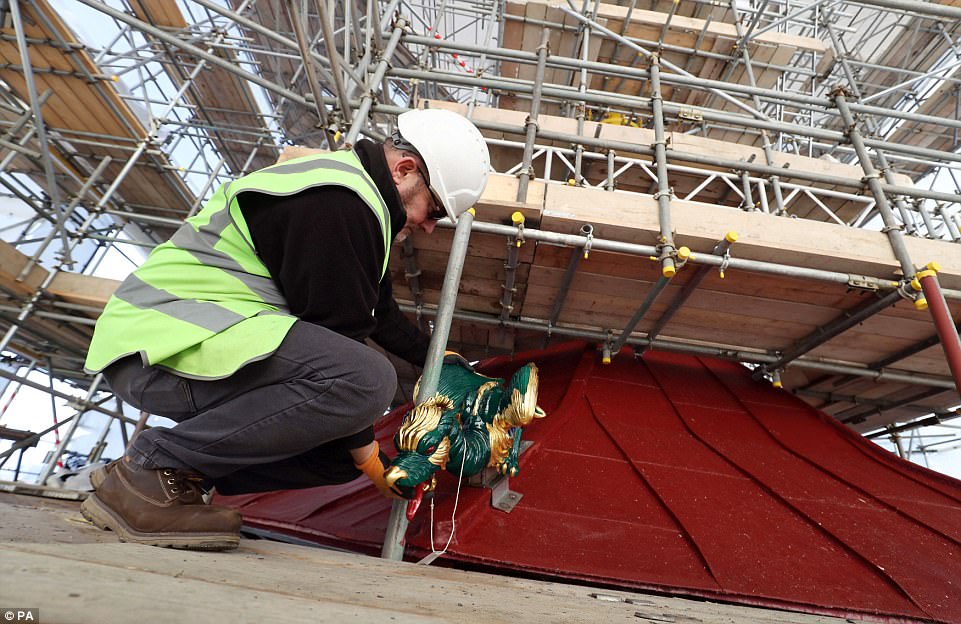 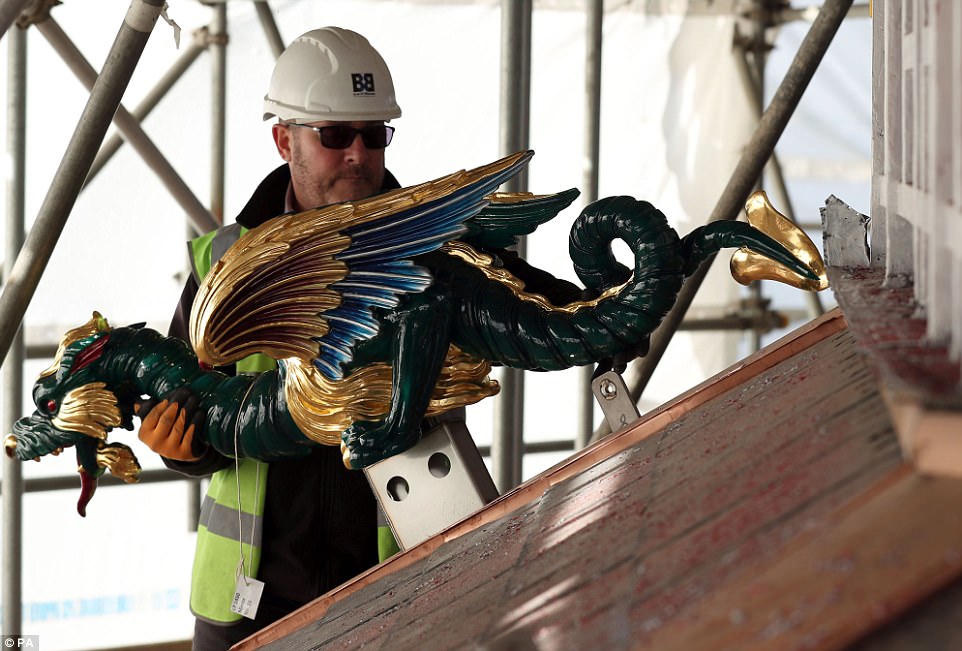 Visible for miles around, the Great Pagoda was completed in 1762 and was one of the first and finest bird’s eye view of London. This ten-storey octagonal structure is almost 50m high and is one of Kew Gardens’ landmark buildings