London’s Tower Bridge was stuck open for more than an hour with traffic in the capital left in chaos.

The historic crossing opened at around 4pm today to allow a ship travelling down the River Thames to pass through.

But the bridge’s arms, known as bascules, failed to close again afterwards with passersby reporting that they had been waiting to cross for more than an hour.

It has since been re-opened to pedestrians but not to traffic.

One wrote: ‘I’ve been stuck here for nearly an hour now… #TowerBridge.’

Another commented: ‘Yep, tower bridge definitely stuck! One side started to come down but the other didn’t! #towerbridge #londontraffic.’

And a third added: ‘#TowerBridge opened almost an hour ago and it hasn’t closed back yet. It looks stuck and the two parts aren’t symmetrical.’

Traffic was brought to a complete standstill with drivers warned to expect severe delays. 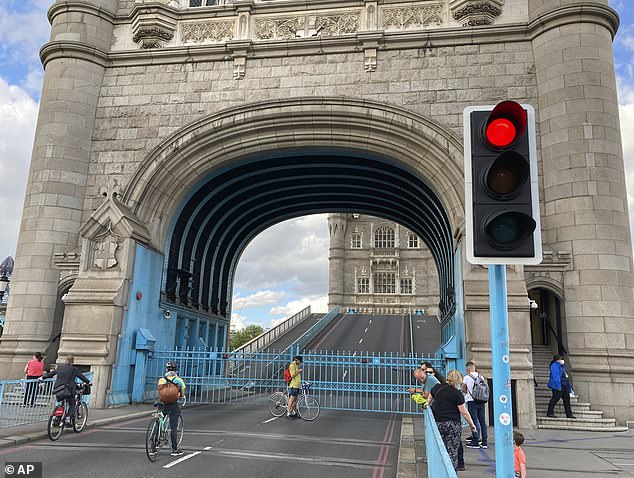 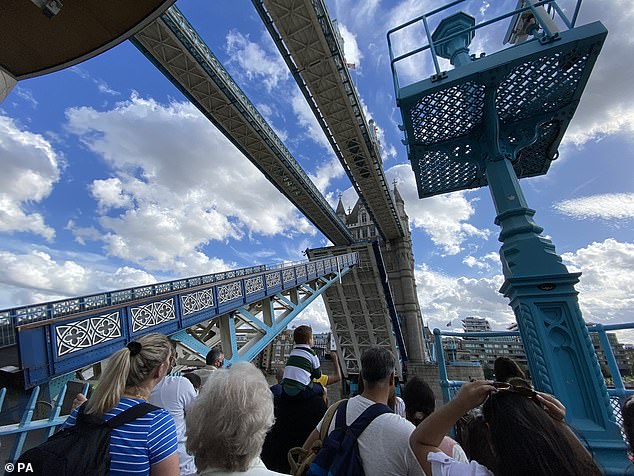 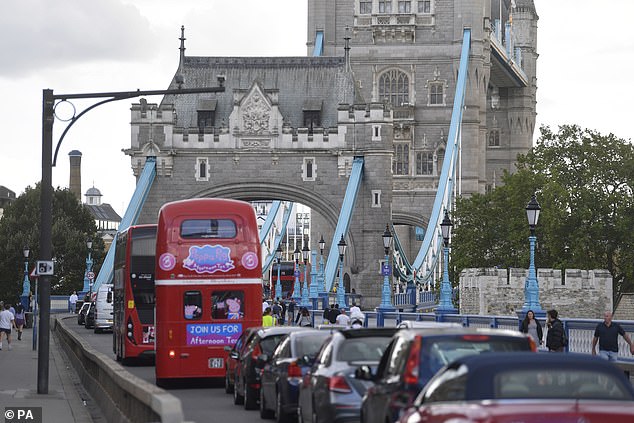 It is thought that those already on the bridge at the time were told via a tannoy system to find an alternative route.

City of London Police also urged people to stay away from the area in a tweet that read: ‘Tower Bridge is currently closed to pedestrians and traffic, due a mechanical fault.

The authorities have since said that the bridge has been re-opened to pedestrians but remains closed for traffic.

It is not the first time that the iconic crossing has suffered a technical fault. 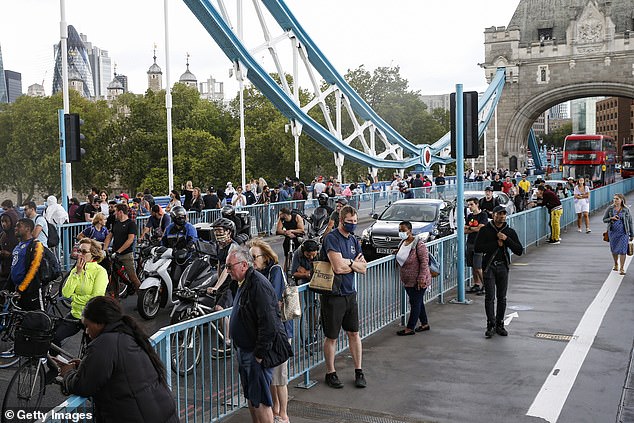 In 2005 police closed the bridge for 10 hours after a technical problem prevented the arms from being lowered.

The suspension bridge, which is also a popular tourist attraction, directly connects the Square Mile financial district to Southwark.

Each of its bascules weigh more than 1,100 tons each with a 400 ton counterweight to help them descend after lifting to allow river traffic to pass through. 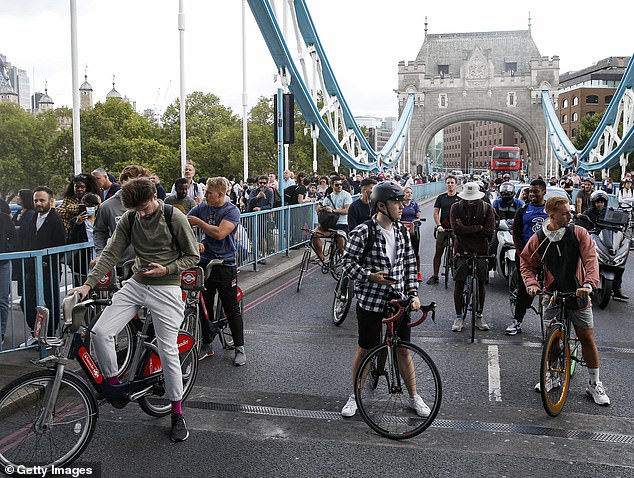 City Of London Police said that the bridge had suffered a technical fault which has since been fixed (pedestrians, cyclists and motorists pictured waiting by the gates of the bridge earlier today)