A former member of a defunct paedophile ring which wanted the age of consent to be abolished has been allowed to talk to a fellow member because he is ‘socially isolated’ and has no other friends, a judge ruled.

Barry Cutler, 68, was jailed in 2011 after he was arrested alongside members of the Paedophile Information Exchange (PIE), which became infamous in the 1970s for advocating sex with children and was officially disbanded in 1984.

Cutler was arrested when police raided the home of PIE ringleader Steven Freeman, in Putney, south west London, and found 15,000 indecent images and films, along with 3,000 obscene sketches, in July 2008. 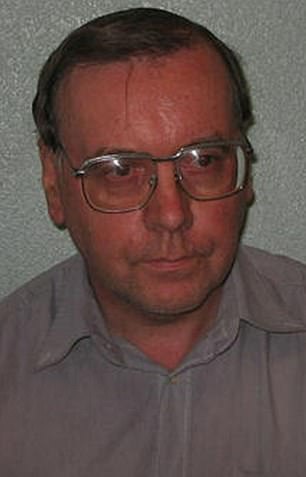 Cutler, from Beckenham, south east London, was jailed for 12 months in July 2011 after he pleaded guilty to four counts of possession of indecent photos of a child and one count of failing to disclose a key to protected information.

He was given a sexual prevention order (SOPO) which banned him from meeting or communication with anyone who has been convicted of sexual offences against a child.

But Judge Nicholas Cooke, QC, agreed to alter the SOPO order by allowing him to contact Anthony Zalewski, an ex-PIE member with two child sex convictions dating back to 1976 and 1985.

Judge Cooke said he was concerned Anthony Zalewski, who was present when Cutler was arrested for the offence which led to his conviction, but added the matter had been investigated and was concluded he had not offended.

Speaking at the Old Bailey, Cooke said: ‘His former membership of the Paedophile Information Exchange is also worrying.

‘However, the prosecution or Commissioner has never sought an order preventing the applicant from having any contact with former members of the Paedophile Information Exchange, per se.’

Judge Cooke refused to roll back to SOPO any further after Cutler demanded for it to be removed.

What is a Sexual Offences Prevention Order?

A Sexual Offence Prevention Order (SOPO) can be issued by the court.

SOPOs were introduced in their current manifestation by section 104 of the Sexual Offences Act (SOA) 2003.

A SOPO can prohibit the defendant from doing anything outlined in the order, ranging from talking to certain people to not visiting certain places.

The purpose of a SOPO is to protect the public or specific individuals from serious sexual harm by the defendant.

A SOPO can only be imposed against a person convicted of certain offences.

If a person breaches their SOPO without reasonable excuses, he or she could be convicted and jailed for five years.

Cooke labelled Cutler a ‘sad figures’ who ‘lacks insight into the damage done by child pornography.’

He added: ‘I am convinced that unrestrained by the parts of the sexual offences prevention order with which I decline to interfere he would be likely to offend again.’

Cutler had tried to argue his social circle was ‘extremely limited’ by the order, and tat a ‘restriction on ‘associating with individuals who he saw as friends, some of whom he had known for over 30 years, was disproportionate’.

But again, appeal judges refused the application, ruling that doing so would do nothing to prevent the perverts passing sick child abuse images between them.

They found Cutler ‘was a member of a determined and sophisticated paedophile ring’ which utilised data encryption ‘to avoid detection’.

There was there was still ‘an obvious risk’ of them continuing to offend, adding that ‘the abhorrent views of the individuals were reinforced by the group and the meetings between them’.

On his initial sentencing, Oliver Sell QC told him: ‘It is plain beyond doubt that you were all part of what has been described as a paedophile ring engaged in the possession, the viewing and the distribution of indecent images of children.

‘The photographs I have seen necessarily involved and encouraged the abuse and the exploitation of children who are vulnerable and unable to protect themselves from such perverted adult behaviour.

‘In your different ways and to varying degrees you have all contributed to that abuse of children wherever they may be.’

Freeman was told by the judge he posed significant risk to children and should be locked up indefinitely for the protection of the public.

What was the Paedophile Information Exchange?

The group campaigned for the abolition of the age of consent and was openly advocating sex between minors and adults.

PIE was set up by Scottish student Michael Hanson, a gay student living in Edinburgh, who became the group’s first chairman, and Tom O’Carroll.

The group became particularly influential among left-leaning and progressive circles and tried to conflate its cause with gay rights.

On at least two occasions the Campaign for Homosexual Equality conference passed motions in PIE’s favour.

The group presented their argument as a way of liberating children sexually.

The NCCL argued photographs of undressed children should not be considered ‘indecent’ – and therefore illegal – unless it could be proven that the subject had suffered harm.

In February 2014, Shami Chakrabarti, the director of Liberty, issued an apology for the previous links between the NCCL.

A number of former members have been arrested on paedophilia charges.

The twisted paedophile drew sickening child rape scenes with young boys which he shared among the group he dubbed ‘My Paeds’.

He also had a sick board game called ‘Epicenium’ which could be played by children and adults.

The players took the parts of Roman slaves and masters and various pictures were displayed as the game continued.

‘The nature of the game is adult men having sex with boys. A computer version of this game was at the home Mr Freeman shared with John Morrison,’ said prosecutor Mark Gadsden.

The court heard the aim of the computer games was to have as much sex with as many boys as possible.

Police who raided Cutler’s home found if so full with magazines, photos and clutter that they had to walk through the hallway sideways to get past.

Three weeks after his arrest, Freeman posted an internet message under the name ‘Alcibiades’, which read: ‘Time for some more bad news then I’m afraid.

‘For over ten years now I’ve been hosting regular weekly gatherings of former PIE colleagues with occasional visits from other paed friends or friends of friends.

‘Four weeks ago on one of those evenings, at about 8pm, my house was invaded by a dozen or so shouting people brandishing weapons.

‘It was a police raid. I an five of my friends were arrested.’

In another, he heralded the internet as an ‘enabling technology’ which allowed paedophiles to further their sickening cause.

He wrote: ‘The anonymity of the internet allows paedophiles to communicate more freely with one another than was physically or legally possible before.

‘It’s a massive enabling technology. The question for the thinking paedophile of today is: how do we make best use of this technology to further our collective interest?

‘How do we translate the limited freedom of the web into the greater social freedoms we seek? How can this cyber community help us to promote greater tolerance and understanding?

‘When we finish talking to one another sooner or later we must begin talking again to the world at large, addressing its fears and suspicions.

‘How, where and when we take that step should be the abiding question for all of us.’