Chilling footage shows the final moments of a kayaker stranded in large swells before his body was found floating in the water hours later.

Jeremy Worthy, 43, was found dead off Long Beach, near Bateman’s Bay on the New South Wales south coast on Sunday.

Before his empty kayak was found washed up on the beach, Mr Worthy posted a final plea for help on Facebook.

He uploaded a live video at 12.21pm as he paddled through the swell, telling the camera he was exhausted from pushing against the strong tide.

‘This is tiring, pushing me where I don’t want to go,’ Mr Worthy told the camera.

‘Sitting here thinking, who wants to be an embarrassed fool, to ring marine rescue.

He detailed his struggles to get back to Snapper Island as the current and strong winds pushed his kayak further out to sea.

Mr Worthy described the challenges he faced as waves surged onto him.

Before the video, Mr Worthy posted photos saying he ‘got swamped’ by the shore waves while heading out to fish.

He then posted a map of his location while in the kayak with no description.

A woman commented on the post saying she wished she had realised the ‘reality of the situation’. 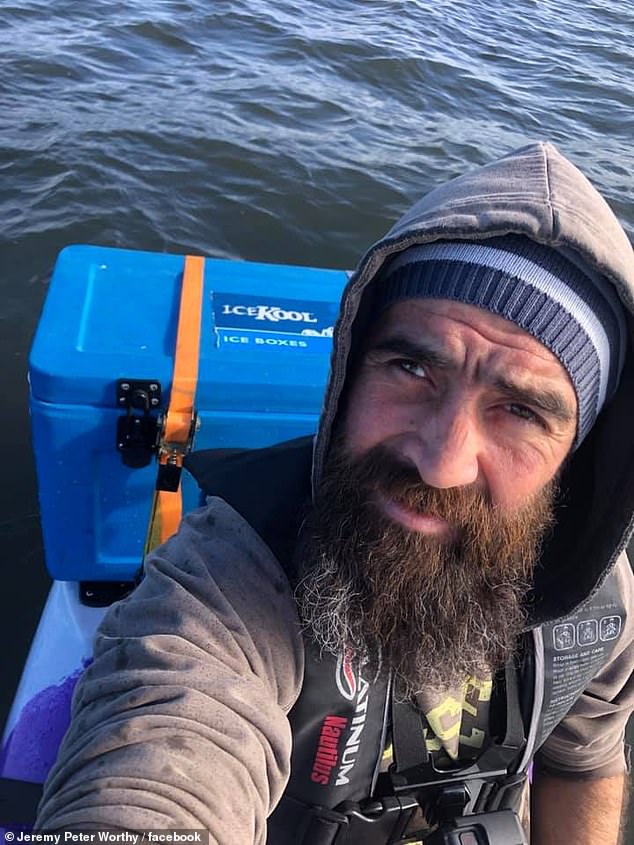 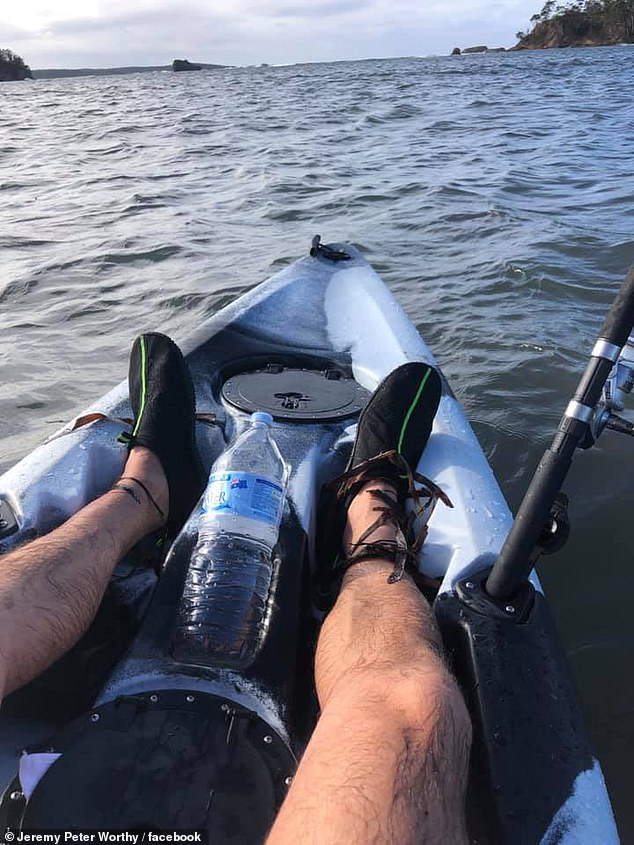 ‘I’m pretty sure this was his last call for help,’ she commented.

‘I’m so sorry my friend I should have called Marine Rescue when I saw you struggle long with the waves I thought you could deal with it.’

Emergency services were called to the beach about 12.30pm Sunday, just nine minutes after Mr Worthy posted his last video to Facebook.

A member of the public found an empty kayak and notified police before Mr Worthy’s body was found between Square Head and Sandy Place.

An officer retrieved the body and provided CPR before paramedics arrived but he died at the scene, NSW Police said in a statement. 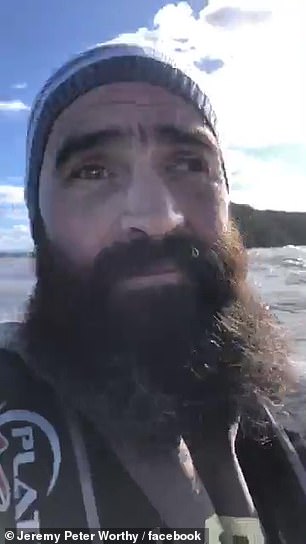 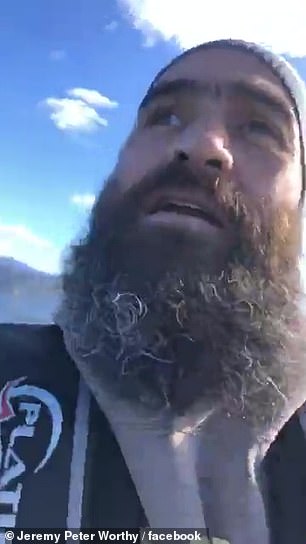 He uploaded a live Facebook video at 12.21pm paddling through large swell telling the camera he was exhausted from pushing against the strong tide (pictured) 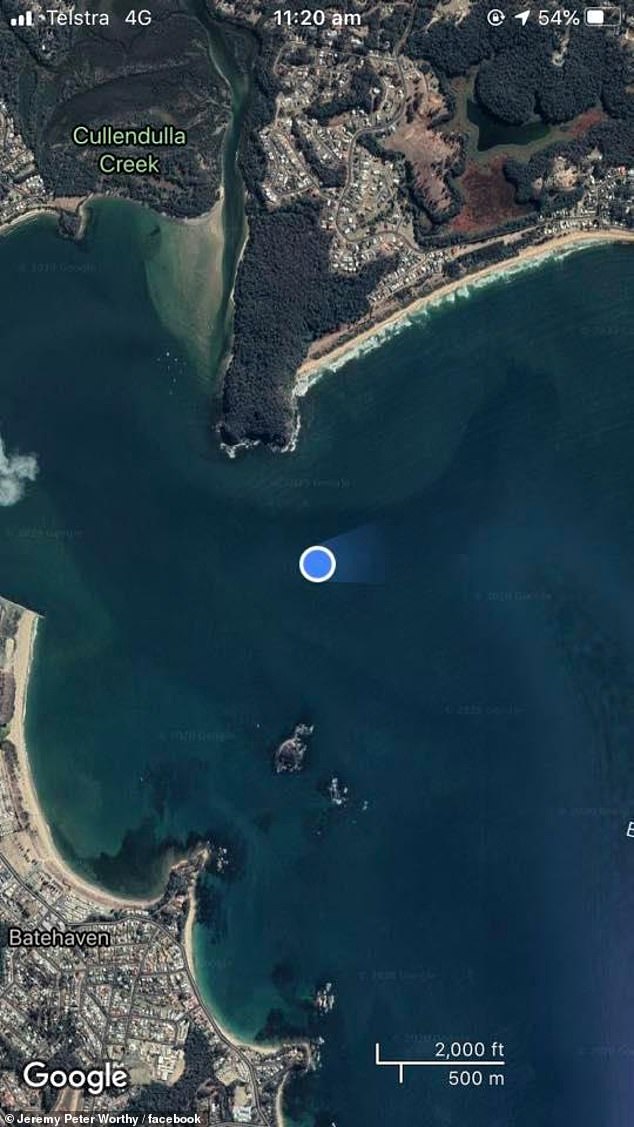 Friends and family of Mr Worthy flooded social media with tributes, remembering him as a ‘good friend’ who will be ‘missed by all’.

‘I can’t stop watching this video. Jeremy I wish I had of seen this and called marine rescue as not long after you drowned. R.I.P I already miss your good morning text,’ one woman wrote.

‘So unfair fly high mate we know you’re with your Dad we love you always & forever,’ one user said.

‘Can’t believe you’ve gone just like that and I only seen you a couple days ago. Fly high mate, forever loved and missed by everyone you have truly been a good friend,’ another said.