Landlords from hell! Horrified tenants share photos of their disastrous rental properties – from a resident slug called ‘Slimon’ to a rat-infested kitchen

Rodent infestations, holes in the ceiling and moudly walls – these are just some of the complaints long-suffering tenants have been forced to put up with while renting a property.

One revealed they had a bad smell in their bedroom for weeks which they reported to their landlord, only to be told it was a dead rat under the floorboards which he refused to remove.

Another claimed their flat was so damp their clothes were left covered in mould, while one is still finding pieces of fibreglass in her toaster three months after moving out as a result of an enormous hole in her kitchen ceiling.

Many have their stories told in a new BBC Three documentary – Rent Like A Boss – which provides a new insight into some of the UK’s most widespread renting dilemmas.

In a regular segment in the four-part series, hosts Big V and Tobias – who are estate agents and property experts – read out complaints shared by tenants on Twitter late last year. 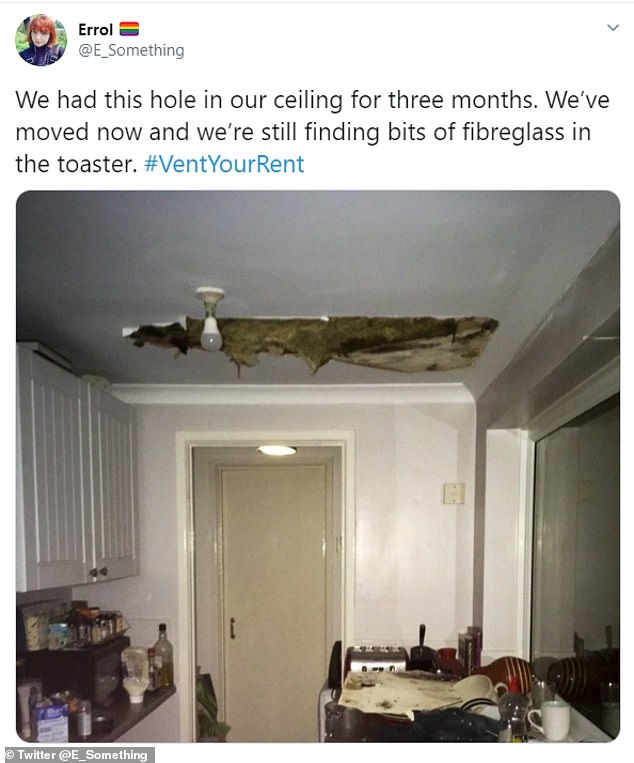 Another tenant claimed she had a hole in the middle of her kitchen ceiling for months, causing bits of fibreglass to fall into her toaster 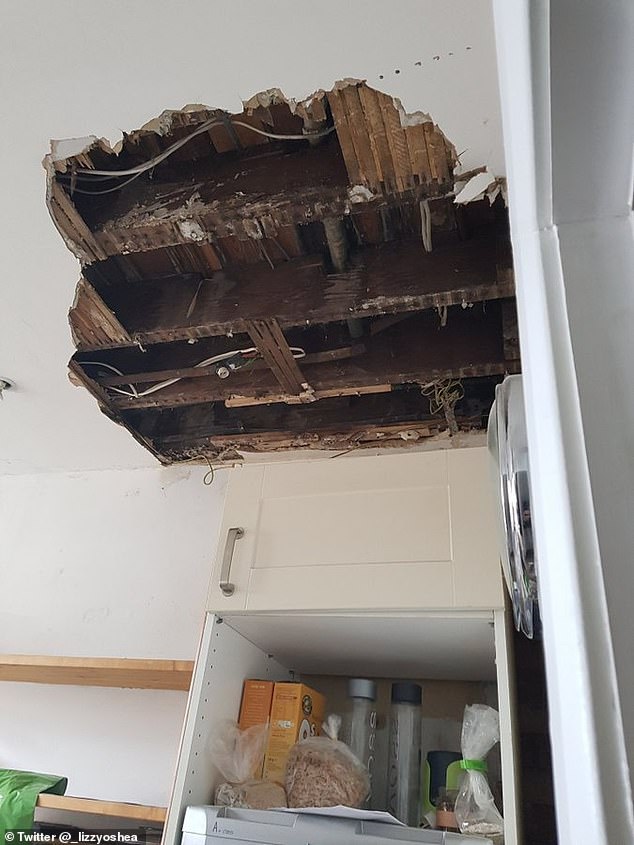 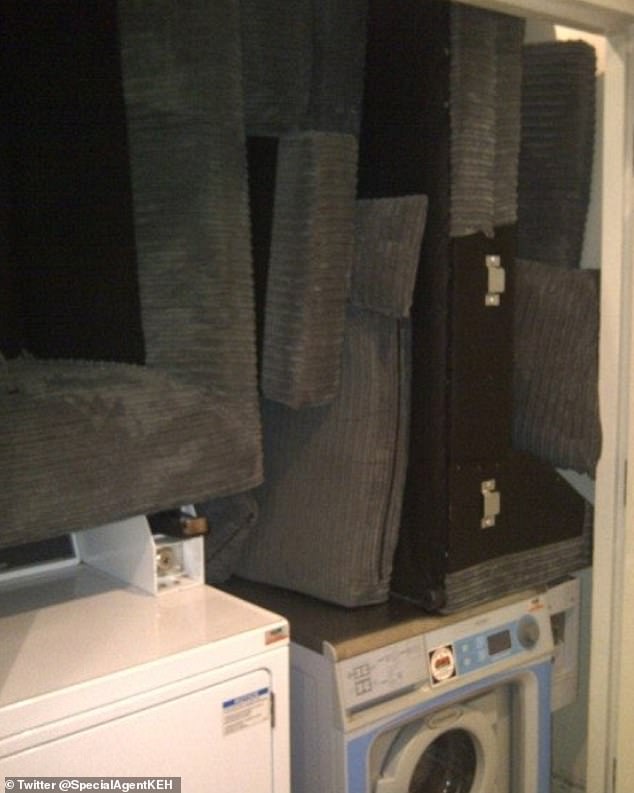 One tenant was left frustrated when their landlord insisted on storing furniture in their utility room while they tried to sell the flat below – for £1.2million 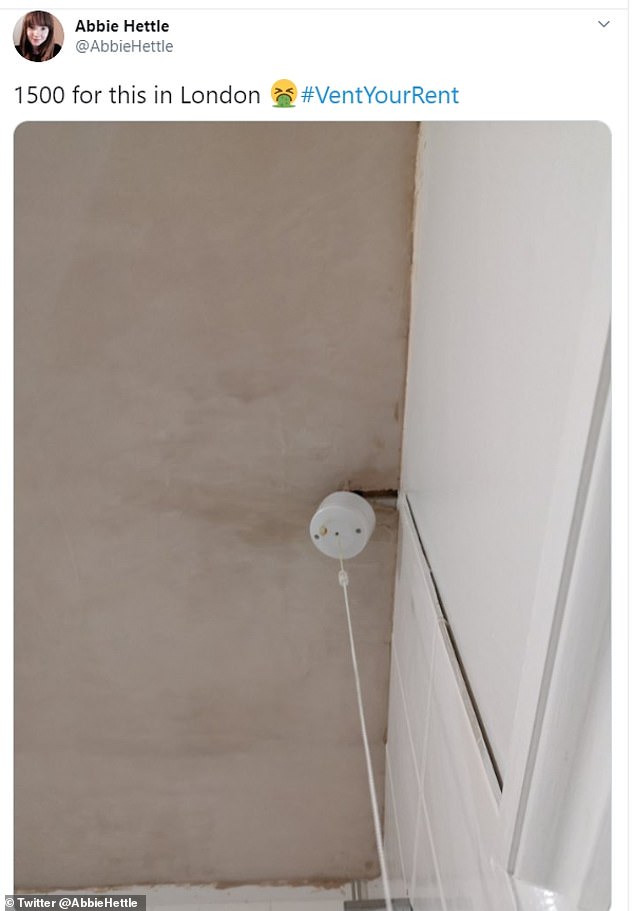 Another tenant lamented the fact they had to pay out £1,500 a month for a flat where the light switch in the bathroom was hanging off an un-painted ceiling 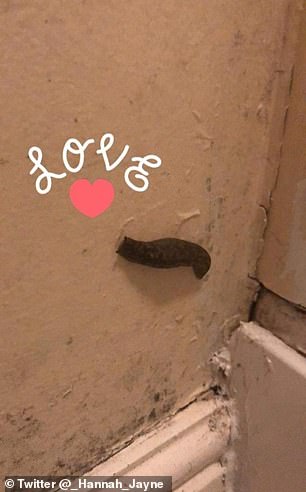 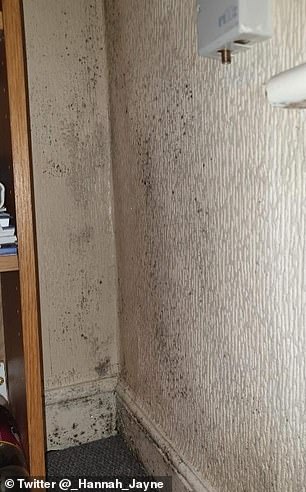 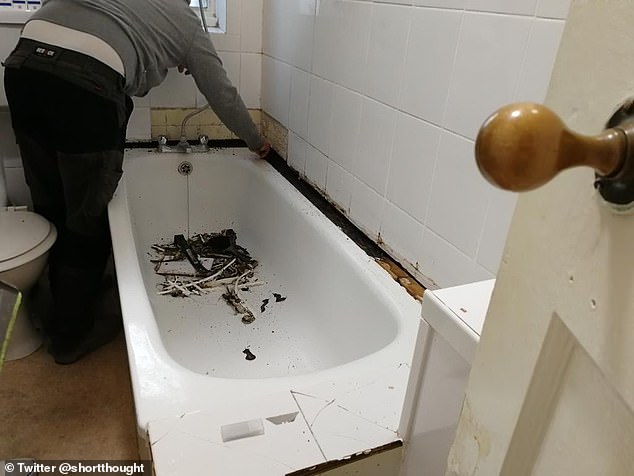 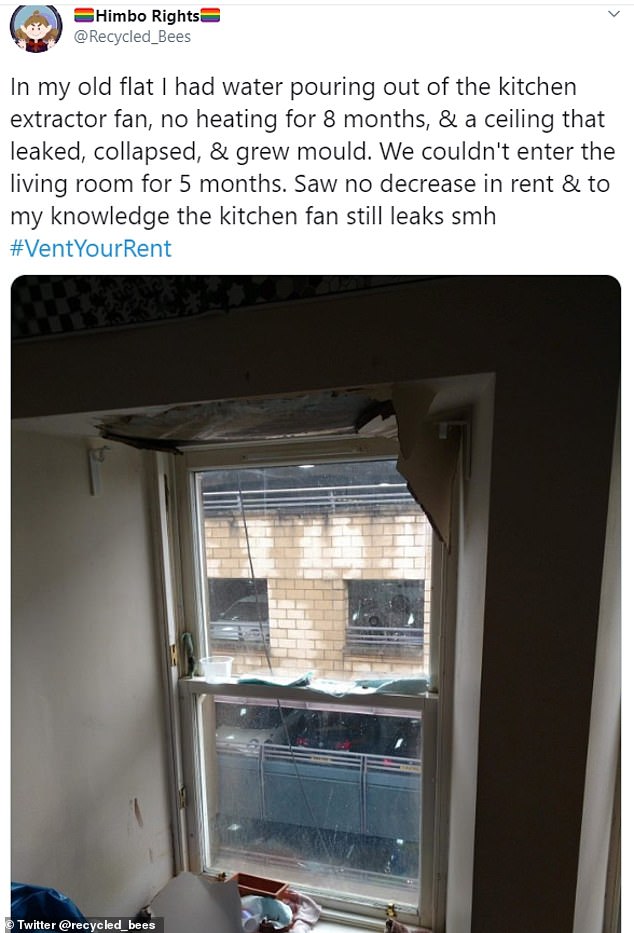 Another renter told how they had water pouring out their kitchen extractor fan and no heating for eight months, meaning they couldn’t use their lounge for five months – but didn’t even get discounted rent 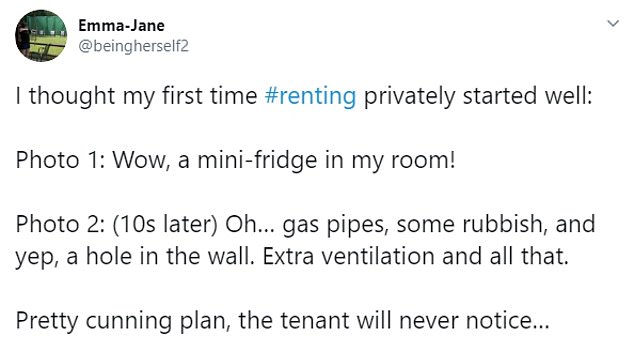 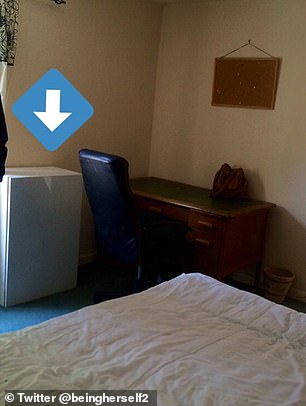 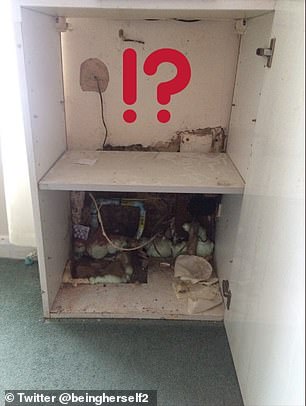 ‘It all started off so well,’ thought one tenant who discovered a fridge in her bedroom (left). That was before she opened it and discovered it was hiding a hole in the wall (right) 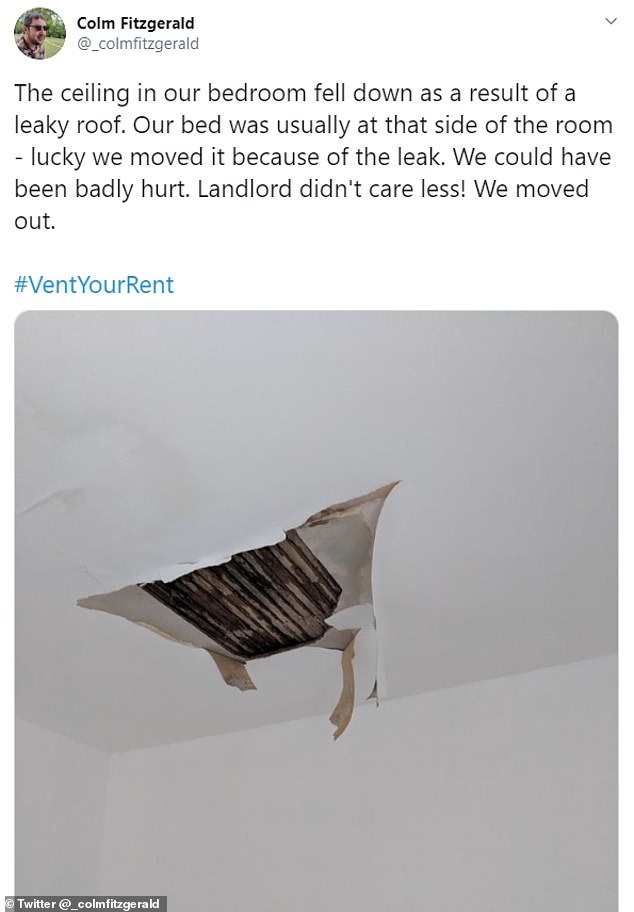 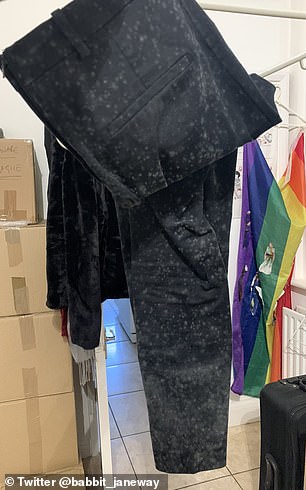 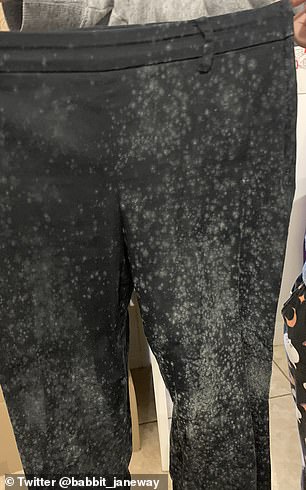 To prove quite how awful the damp was in her flat, this tenant took photographs of her flatmate’s trousers covered in mould 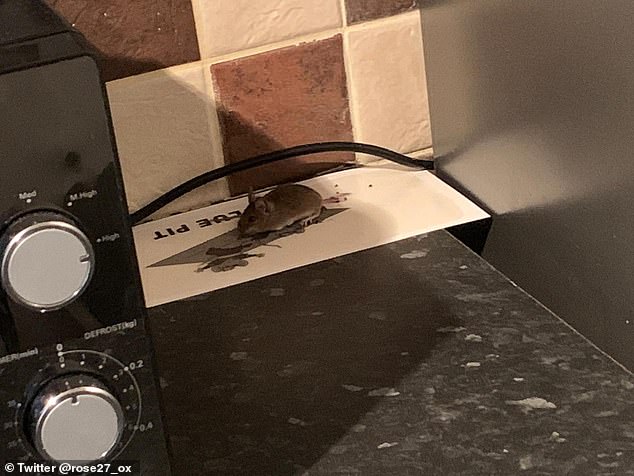 To demonstrate their rodent infestation, this frustrated renter shared a photo of Jerry, their resident mouse 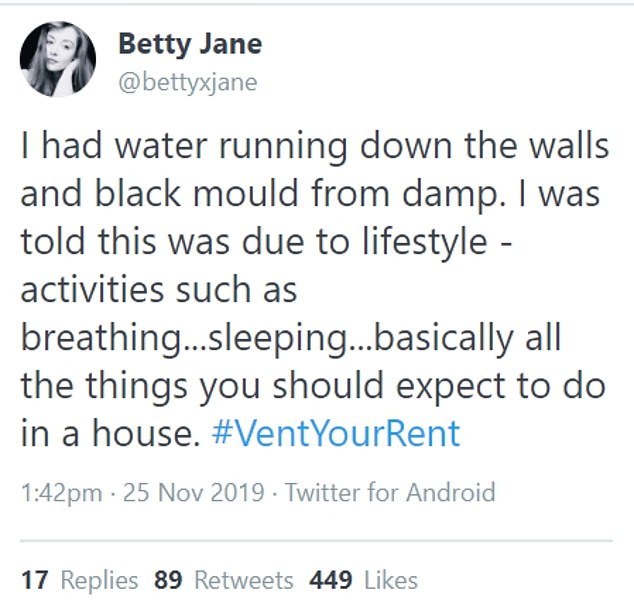 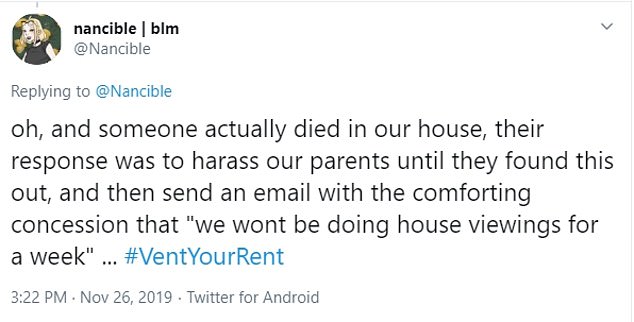 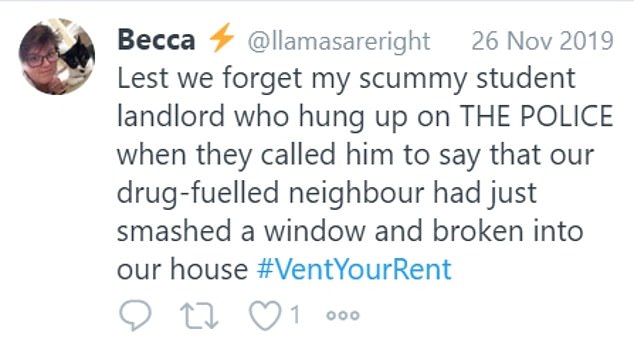 Rent Like a Boss is available to watch on the BBC iPlayer from October 18.