Former Labour minister Lord Andrew Adonis has quit as the chairman of the Government’s National Infrastructure Commission in protest at Brexit.

Lord Adonis, appointed by George Osborne to the powerful post, complained Brexit was a ‘dangerous populist and nationalist spasm’ that is a grave threat to the future of Britain.

He was pushed to resign by Downing Street following a series of incendiary comments about Brexit and threats to undermine flagship laws.

The peer – who rejoined the Labour Party in the summer after a spell as an independent – has been a fierce critic of the Leave vote and explicit in his calls for Brexit to be reversed.

Theresa May declined to fire him in July when he compared Brexit to Nazi appeasement.

In his resignation letter, he told Mrs May: ‘Brexit is a dangerous populist and nationalist spasm worthy of Donald Trump.

‘After the narrow referendum vote for an undefined proposition to ‘leave the EU,’ it could have been attempted without rupturing our essential European trade and political relations.

‘However, by becoming the voice of UKIP and the extreme nationalist right-wing of your party, you have taken a different course, for which you have no parliamentary or popular mandate.’

‘First step towards defeat of Brexit. And this is before the Lords has got going on the National Betrayal Bill,’ he wrote on Twitter.

In his letter to Mrs May, the peer branded the draft laws the ‘worst legislation of my lifetime’ and vowed to ‘oppose it relentlessly’ from the Labour benches. 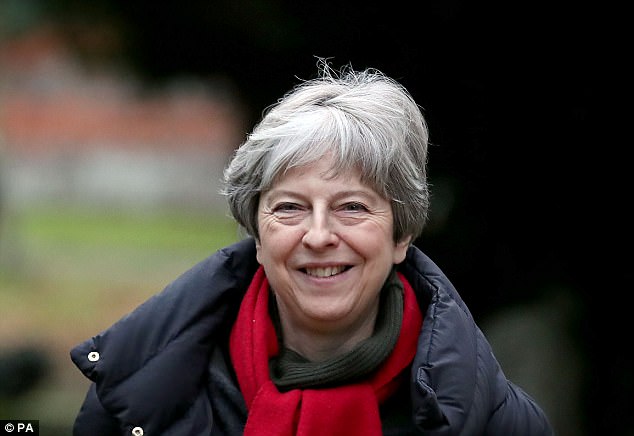 He said: ‘We respect the fact that it passed the Commons, so won’t reject the principle of withdrawal.

‘Our job is to make withdrawal compatible with the government’s own promises which – even with the latest changes – still aren’t satisfied in respect of a ‘meaningful vote’ on the final terms, ‘no hard border’ in Ireland and the rights of EU citizens in the UK.

‘We are facing the biggest conflict in the Lords since Irish Home Rule before the first world war, and the stakes are equally high.’

In July, the former Cabinet minister came under fire for comparing Brexit to Nazi appeasement.

He told The House magazine: ‘My language is usually pretty subdued in politics but anyone with a historical sense – and I’m a historian – recognises leaving the economic institutions of the EU, which have guided our destiny as a trading nation for half a century, is a very big step and the importance can’t be over-emphasised.

‘We got it right on decolonisation, we got it wrong on appeasement and I think we’re in serious danger of getting it wrong in the way that we leave the EU.’