As the coronavirus ravages the world – killing, shattering families, destroying jobs and businesses, ripping through economies, threatening still worse in some of the poorest countries – we know three things for certain.

First, Covid-19 began in Wuhan. Second, the early signs and spread of the virus were covered up. Third, the Chinese Communist party has consistently lied about these issues and has exploited the world’s preoccupations with fighting the pandemic to flex its muscles globally – hectoring, bullying and breaking its word.

We should be clear about something else. This is not the fault of the Chinese people. Brave Chinese doctors and nurses, like our own, have lost their lives fighting the disease.

We know three things for certain: coronavirus started in Wuhan (pictured), the early signs of the virus were covered up and the Chinese Communist Party lied about the spread of the virus 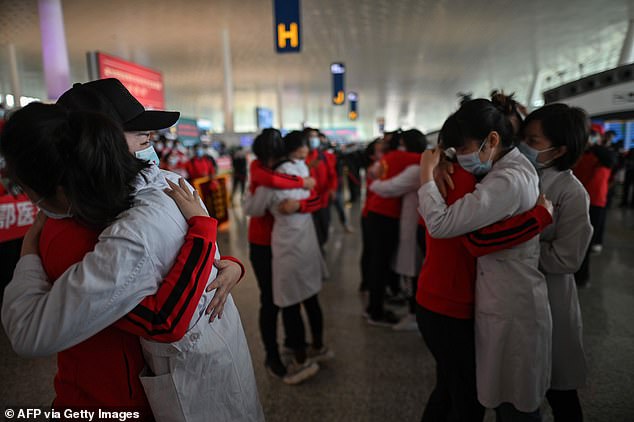 This is not, however, the fault of the Chinese people, as brave doctors and nurses in the country (pictured) have sadly died during the fight against the disease

When some tried to blow the whistle about what was happening, Communist officials used the security services to shut them up.

While medical staff were gagged, the pandemic began to spread through Wuhan in late January and February. Millions left the city and the surrounding Hubei province for their New Year holidays. They travelled within China and to other parts of the world. That is the fundamental reason why today every country is menaced.

Pin the blame where it belongs. It is the Chinese Communist dictatorship which is in the dock, not ordinary Chinese citizens, nor those with Chinese ethnicity who live and work in other countries, including British citizens from Hong Kong living here. 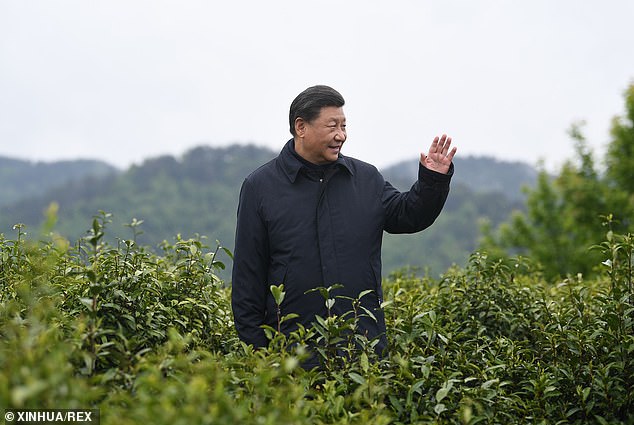 It is China’s Communist dictatorship, led by President Xi Jinping, who should be blamed for every country being menaced by the disease

It would be a betrayal of our values to scapegoat the innocent, just as it is wrong for some in China to abuse and discriminate against Africans who study and work there.

Taiwan – a Chinese community – has dealt with the disease very effectively. Why? Because it is an open society and a democracy with a free press.

The killer is Communism – as always sustained by secrecy and lies – not some Chinese cultural or physical gene.

We will get through this. I am particularly proud of the work being done by brilliant medical scientists at Oxford University, where I am Chancellor, to develop a vaccine.

These pioneering scientists, like those elsewhere – in China, too, I am sure – would like to see international collaboration to defeat the pandemic. It carries no passport and is a threat everywhere. 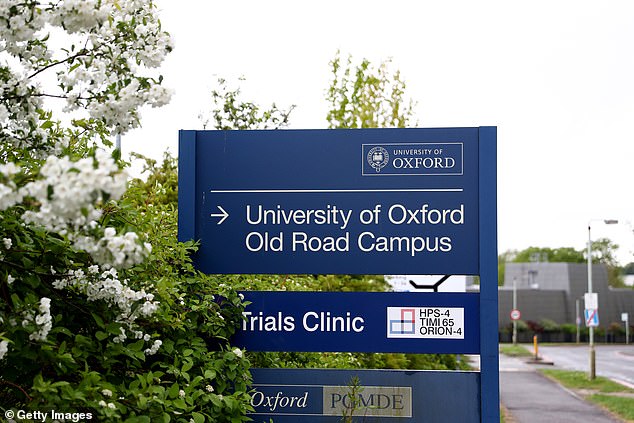 But what should co-operation in the future mean? We cannot simply go back to our dealings with Chinese Communists and do business as we did before.

First, there is always the inherent danger presented by Communist hostility to the truth.

Covid-19 is not the first example of this risk. In 2002-04, SARS started in much the same way and its causes and spread were initially covered up. Fortunately, the results were not as bad as they have been this time.

Second, Theresa May was correct to say last week that we must work together to fight the pandemic and to prevent anything like it in the future. But how can we do that with China, which has a regime that is at present completely untrustworthy? 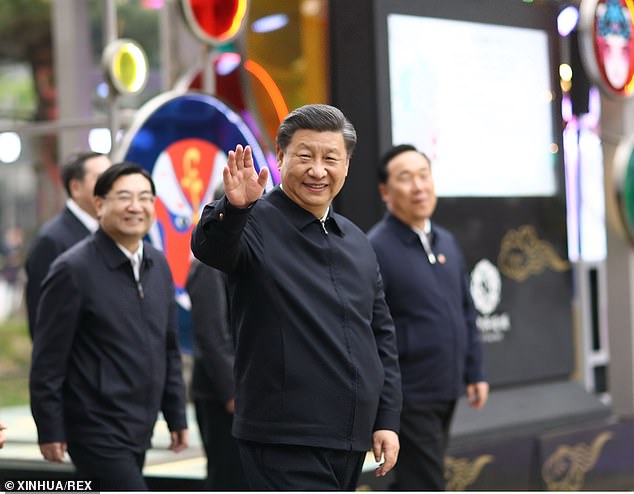 But how can we collaborate with a Chinese democracy which is completely untrustworthy?

Plainly, we should work, at the UN and elsewhere, with other countries in calling for a full and open expert inquiry into the causes and early dissemination of the virus. Failure to do this will hamper the fight against it today and the attempts to prevent a future occurrence.

Naturally, in a better world, the World Heath Organisation (WHO) should be the vehicle for such an inquiry. Yet there are real worries – not just on the part of President Trump – about the extent to which this body has been suborned by Beijing.

If you doubt that, just look at the way the WHO has connived with the Communist regime to freeze Taiwan – with a population of almost 24 million – out of the organisation.

Back at the end of December, Taiwan expressed worries to the WHO about the potential for transmission of the virus between humans. The WHO ignored this for three weeks, endorsing instead Chinese denials that this was happening. Despite Taiwan’s proximity to China, there have been only 380 cases there and five deaths. 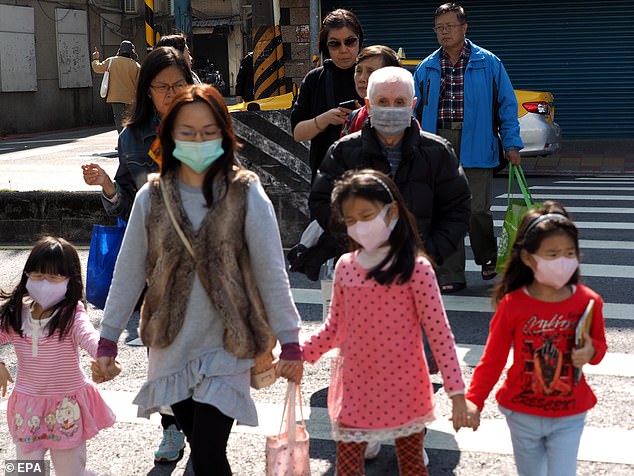 The World Health Organization were told by Taiwan in December that the virus could be spread between humans, with their residents wearing masks (pictured) after their first case was announced in January 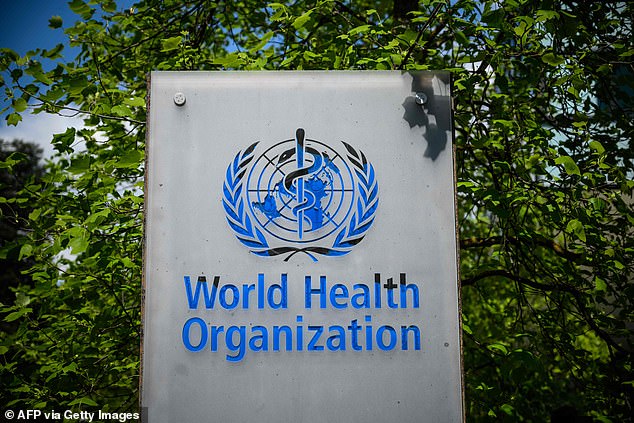 We surely cannot allow China to go on preventing a free society which tells the truth from joining the WHO.

Calling for an inquiry has raised another matter which should bother us all. On January 30, the Chinese foreign minister, Wang Yi, assured his Australian counterpart, Marise Payne, that ‘the epidemic is generally preventable, controllable and curable’.

A fortnight later, China’s embassy in Canberra attacked Australia’s restrictions on travel from China as an extreme overreaction.

Yet, from late January, China had been buying and shipping huge quantities of medical supplies from Australia. What did they know but wouldn’t tell us?

It’s no surprise then that Scott Morrison, Australia’s premier, recently called for an international inquiry. This was met by threats from the Chinese ambassador in Canberra, one of his country’s new-style ‘wolf warrior diplomats’, that unless Australia gave up this idea, perhaps the Chinese would stop buying Australian goods. 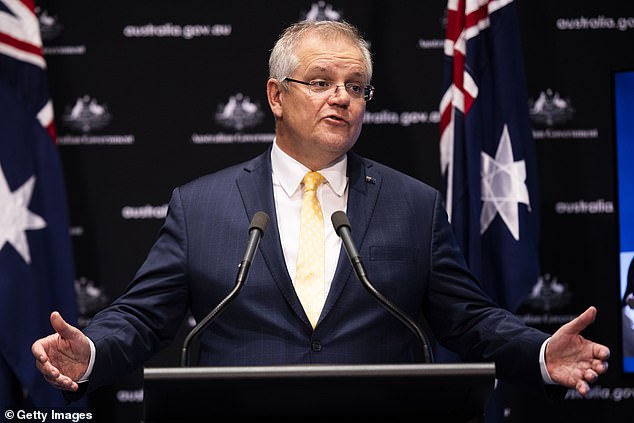 When Australian Prime Minister Scott Morrison (pictured) called for an international inquiry into the spread of the virus, it was met with hostility from the Chinese ambassador in Canberra

This is the sort of bullying tactic we have come to expect from China. The world should denounce it for a change. As many of Australia’s friends as possible should say how much we agree with Canberra’s proposal. On trade and economic issues, we should deal with China together. China’s economic growth depends largely on Australia’s minerals.

As for us, China has a massive trade surplus with the UK. We take almost £45billion imports from China. We export about half that figure. China accounts for 3.5 per cent of UK exports and 6.6per cent of our imports.

So where is the ‘golden age’ of trade with China? Most of the investments promised from China for the UK’s Northern Powerhouse have disappeared ‘like candyfloss’, to quote the former leader of Sheffield City Council.

China doesn’t play by the same rules as the rest of us on trade, investment and the protection of intellectual property. President Trump is not wrong about the way China bends and twists the rules in its own favour. But a more sensible American president would work with others – not on his own – to re-establish a level playing field.

China’s President Xi Jinping hates democracies and all that we stand for. Shortly after he became China’s dictator, he issued new instructions to his government and party officials warning of the challenge to Communism posed by the Western values of freedom and the rule of law. He called for attacks on the West’s idea of journalism, free historical inquiry, civil society and democracy. 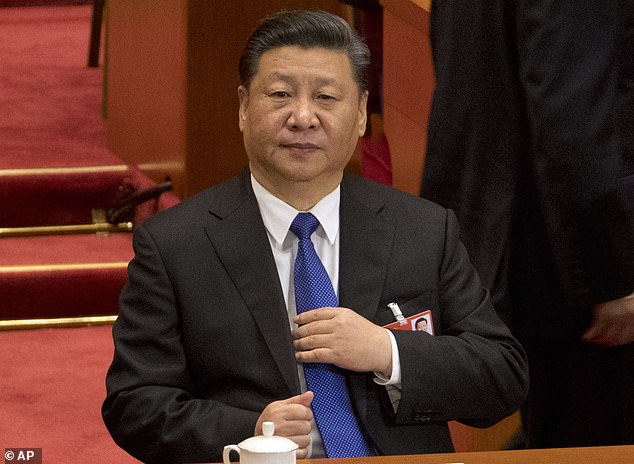 Xi Jinping does not like democracies and what they stand for – he attacked the western culture of journalism, civil society and free historical inquiry

So it is no wonder that he has used the cover of Covid-19 to turn the screws on Hong Kong’s free society, arresting democratic leaders and breaking the agreement which China made in a treaty lodged at the UN that the city would enjoy a high degree of autonomy and its traditional freedoms until 2047.

China’s breach of this treaty is another reason for deep concern. Britain has a moral and a legal obligation to raise this issue vigorously on the international stage. We should encourage our friends and others to do the same.

Meanwhile, China continues to throw its weight around in the seas surrounding its coast, building military bases there and flagrantly disregarding the judgment of the Hague Tribunal on its legal maritime borders.

We should not want to isolate China. But how can we trust its Communist dictatorship? How can we deal with trade, the environment, security and health – where one day we may well face another epidemic caused by antimicrobial resistance? 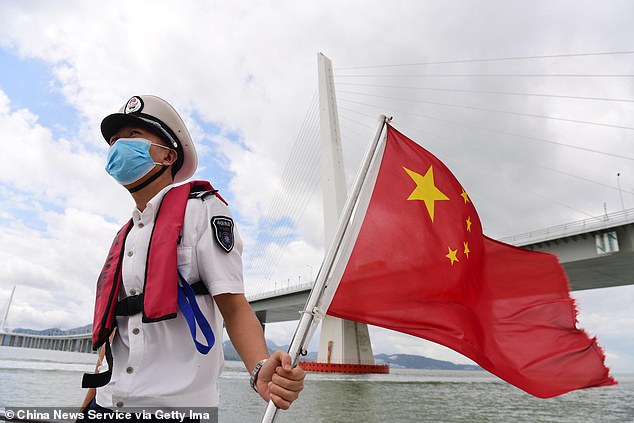 In trying to fight the virus, we should not isolate China. But we cannot allow China to break the rules while the world works to together to stop COVID-19 from spreading further

China manufactures about 95 per cent of the world’s antibiotics and has per capita use which is about twice the size of anywhere else.

The world has to work together. Sure. But we cannot allow Chinese Communists to break the rules or to distort them to suit themselves.

One day this nasty and dangerous regime will go. Until then, all the friends of freedom and decency will have to be on our guard.