Property developers let ‘architecturally ignorant and undemocratic’ Prince Charles choose which architects to use for their building plans, it has been claimed.

Lord Rogers of Riverside, world leading architect and ‘poster boy’ of modernist design, says that five developers have given the Prince of Wales a list of practices to ‘check who would be acceptable’ for various projects.

The 84-year-old famously fell out with the Prince over his decision to block his multi-billion pound development of the Chelsea Barracks in south west London.

In a new book Lord Rogers even says one developer told him consulting the Prince over building plans was ‘one way we can minimise risk’. 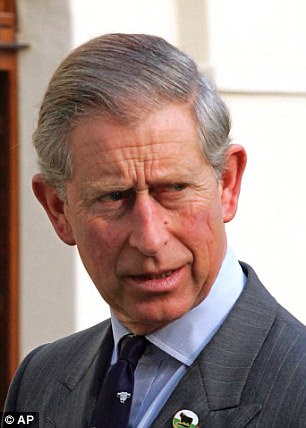 Lord Rogers of Riverside (pictured left) has made bold claims about Prince Charles (pictured right) in a new book. He says property developers send lists of architectural practices for the heir to look through. Clarence House strongly denies the claims

He writes: ‘Only one of them said he actually showed the prince their designs but five others said they consulted St James’s Palace [Clarence House] about a shortlist of architects.’

Seven of the country’s leading developers have been contacted for comment, but none have responded, reports The Times.

Speaking yesterday, a Clarence House spokesman fiercely denied the claims, saying: ‘Developers do not seek design approval from the Prince of Wales as he does not, and cannot, grant planning permission.’

They added: ‘The prince regularly receives letters from members of the public complaining about a variety of developments and planning decisions.

‘This is why his interest in the built environment goes beyond individual developments and architectural styles to encouraging a sense of community and improving the quality of people’s lives overall.’

Lord Rogers was the brains behind a multi-billion redevelopment of London’s Chelsea Barracks in 2009.

It was bought by Qatar’s property investment company Qatari Diar and Rogers was the assigned architect.

But Rogers’s plans for 552 flats in 17 blocks were not popular with the Prince.

He wrote to the Qatari Royal Family expressing his concerns the glass and steel buildings were ‘unsympathetic and unsuitable’.

Lord Rogers was dropped by the Qataris, but initially kept quiet on the issue.

But braking his silence he said: The problem is that Prince Charles doesn’t debate. He just doesn’t.

‘We have worked for two and a half years on this project. It has the support of local people, the support of Westminster council and of the Greater London Authority.

‘Now it’s suddenly all up in the air because of the Prince. He’s a very important man, you know.’

The Lord’s claims are likely to reopen the debate on how much influence Charles, 68, has in the world of architecture.

The Prince, who conventionally remains impartial over such issues, has caused controversy over the years with his remarks on a number of projects.

The 68-year-old’s first and most memorable intervention came in 1984 when he attacked a proposed extension to the National Gallery in London.

He described the modernist plans as ‘a monstrous carbuncle on the face of a much-loved and elegant friend’, before they were dropped.

He also caused a stir with remarks about other element’s of the capital’s skyline.

Lord Rogers, who is the brains behind Paris’s Pompidou Centre and the Millennium Dome, writes in his new memoir A Place For All People that one insider told him the Prince’s ‘meddles’ in architectural affairs.

The anonymous source said: ‘The degree to which architects and developers have to genuflect or listen to him has gone down [recently] but who knows when he will start some campaign again?’

Branding the Prince ‘architecturally ignorant’, Lord Rogers says the Prince of Wales’s views ‘denied the very possibility of buildings from different periods co-existing and harmonising with each other as they do in all the greatest historical cities.’ 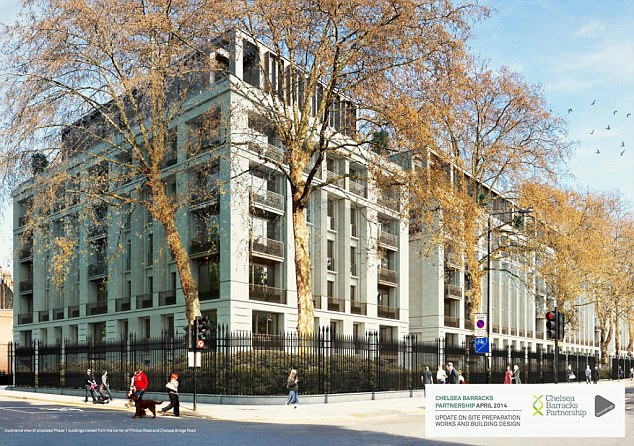 He claims the the closest he ever came to ‘discussing’ architecture with the Prince was after his 1984 speech when the designer asked for his thoughts.

Calling him ‘undemocratic’ and someone ‘who does not debate’, the Lord says he responded by saying modern architect Christopher Wren ‘should have built his Hampton Court extension in a late medieval style to match the Tudor buildings, not in the restrained baroque style he brought to it.’

One developer spoke to the designer anonymously claiming the heir to the throne used more than just one method to have his say.

As well as phoning up practices to complain, the source revealed: ‘It can be more like subterfuge

‘You will find that architectural advisers connected with his various trusts will turn up at planning meetings with sustainability concerns, or they will speak to Historic England.

‘They will appear on panels of architecture competitions. They come out of leftfield.’

He went on to say the Prince has a select group of ‘tame, pastiche’ architectures he likes’.

Lord Rogers writes: ‘The Prince’s view of architecture is fixed at one point in the past (for him classicism — an odd choice as it is not a style with deep roots in England) rather than an evolving language.

‘But if he is not going to join in debate, it hardly matters whether his opinions are right or wrong.

‘He occupies a privileged position and he should not use that to damage the livelihoods of people he disagrees with.’

He also believes the Prince could have been what lose his practice the chance to redesign the Royal Opera House, claiming it was ‘too risky’ and they had ‘enemies in high places.

He added: ‘Perhaps even worse than the public pronounce-ments are the private discussions, the whispers and hints, which take place behind the scenes.’