Lord Alan Sugar has today said the UK should lift lockdown measures because nobody he knows has died from coronavirus.

The Apprentice star has been staying with his wife in Florida for the last six months during lockdown.

Appearing on Channel 5’s Jeremy Vine this morning, Lord Sugar claimed it may be time for the UK to ‘follow the example’ of America, France or Spain – countries which have opened up restaurants and cafes. 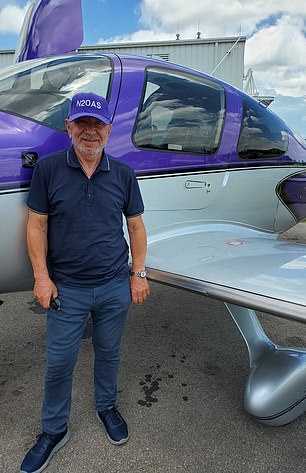 The 73-year-old said: ‘Look, I’m not a doctor and I don’t want to be giving medical advice and all that stuff.

‘This has been going on now for six weeks, and so I just logically say, well hold on, six weeks, we’ve come out of this so called lockdown, who’s dead?

He continued: ‘No one else has caught anything. So I suppose it’s a bit of a clue there that says that maybe we’ve reached a peak and maybe it’s time for us to follow the example of America or indeed France, that have opened up, or indeed Spain.

‘I think Prime Minister Johnson unfortunately had a problem himself and I think he’s being a little bit too cautious if you ask me, just slightly.’

Social media users reacted to the interview, with some describing the comments as ‘crass’ and ‘tone-deaf’. 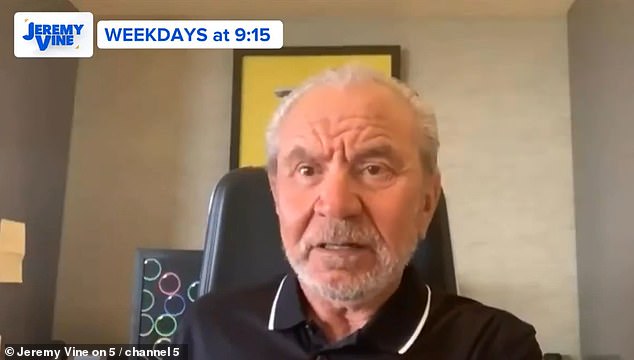 Lord Alan Sugar, pictured above on Channel 5’s Jeremy Vine, has today said the UK should lift lockdown measures because nobody he knows has died from coronavirus

One Twitter user said: ‘Well I’m glad that Covid hasn’t touched you personally, perhaps if you had lost a loved one you wouldn’t be so free with your crass comments.’

Another posted: ‘Who’s dead???? 42k plus people have died!! I’m sure their families are suffering enough without you dismissing their loved one’s death!

‘How absolutely tone deaf are you to the whole nation?!?’

A third added: ‘I like LS but he hasn’t been living in the UK while this has been happening so he can hardly comment can he’.

It follows Boris Johnson saying doctors prepared to announce his death as he battled coronavirus in April. 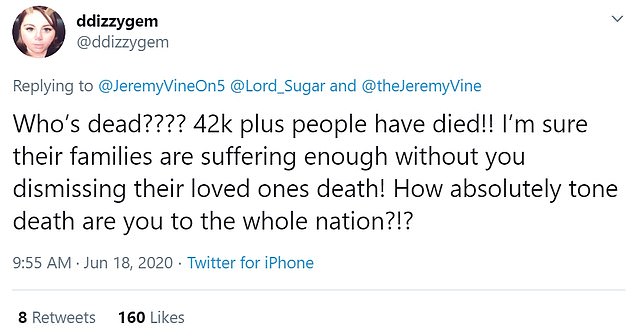 Social media users reacted to Lord Sugar’s interview on Channel 5’s Jeremy Vine, with some describing the comments as ‘crass’ and ‘tone-deaf’

The Prime Minister spent three nights in intensive care at St Thomas’ in London, where he said medics gave him ‘litres and litres of oxygen’.

Meanwhile, estimates from King’s College’s COVID Symptom Tracker app suggest the number of people getting infected in Britain has plunged by a quarter in just a week.

The researchers, working alongside health tech company ZOE, have been collecting reports of symptoms and test results from a million UK citizens.

Last week they used this data to estimate that there were 4,942 people catching the virus every day in Britain, and today they said this appears to have dropped 26.9 per cent to 3,612. The figure was higher than 11,000 per day a month ago.

The estimate does not include Northern Ireland or care homes, where the virus is still thought to be spreading, meaning the true rate could be much higher.