She is known for her edgy style.

But Lorde opted for a very girly gown as she attended the MTV Video Music Awards in Los Angeles on Sunday.

The songstress was lovely in a lilac feathered ball gown at the star-studded affair.

Coming through! Lorde struggles to maneuver her lilac feathered ball gown on the red carpet as she attends MTV Video Music Awards

The large train of the dress appeared to be difficult for the star to maneuver as she made her way along the red carpet.

At some stages she needed assistance with the frock, with an onlooker fixing her train as she posed for pictures. 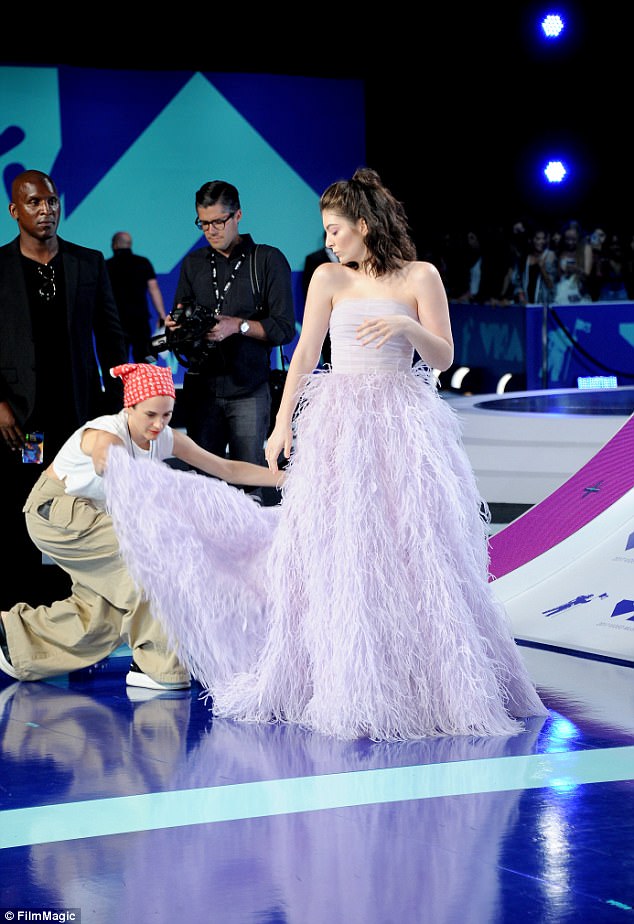 Let me help you! At some stages she needed assistance with the frock, with an onlooker fixing her train as she posed for pictures 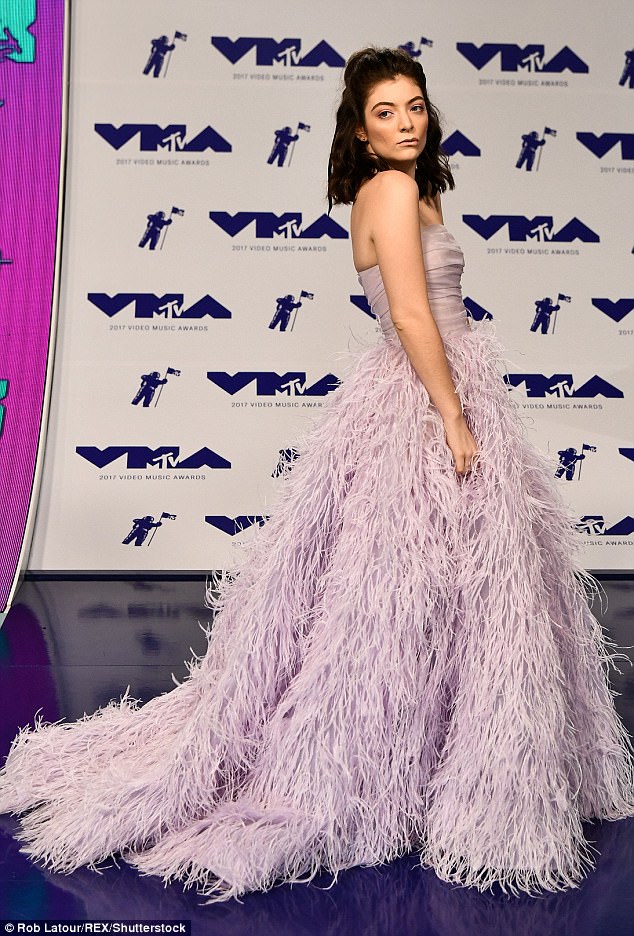 She sent fans into overdrive after tweeting she had put ‘a couple cute easter eggs’ in the clip.

Born and raised in New Zealand, Lorde shot to overnight fame in 2012 when her first album Pure Heroine was released.

Only 14 at the time, Lorde went on to have six hit singles from the record including Tennis Court and Team.

The singer released her second album Melodrama in June to glowing reviews.

The petite stunner features on the cover of Fashion magazine’s upcoming September issue, where she discussed Melodrama and staying true to herself.

‘The main thing is that you’re the only one who has to go home and still be you and live with what you’ve done that day,’ she detailed.

She added that she makes ‘work to challenge myself,’ and comes out of it like she’s ‘run a marathon’. 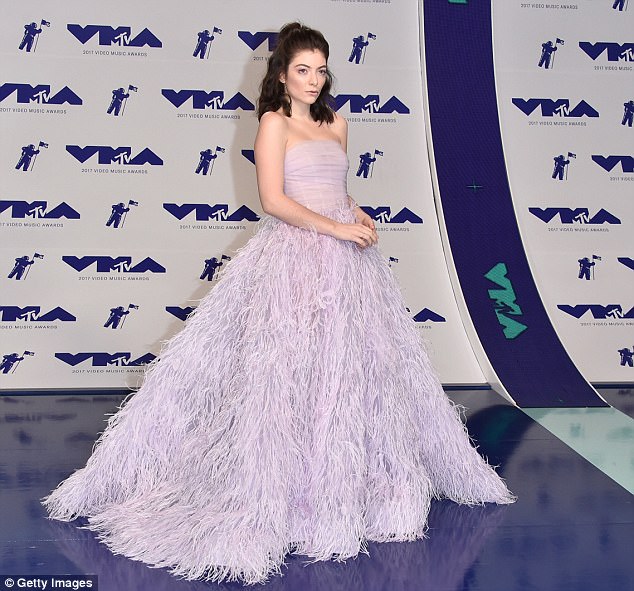