Lori Loughlin’s daughter Olivia Jade Giannulli has revealed that growing up with famous parents taught her to question her potential friends’ motives at an early age — especially when they were taking too much of an interest in her mom.

The 18-year-old YouTube star insisted in her latest video that she doesn’t really think twice about being raised by parents who are in the spotlight, but she admitted she used to worry about people befriending her for the wrong reasons.

‘I remember when I was six, seven, eight-years-old I would always think, “Oh, do they want to be my friend for me or my mom and my dad,”‘ she explained. ‘I think that’s probably not normal thoughts a six-year-old, seven-year-old, eight-year-old child would have, but it’s definitely something.’

Getting candid: YouTube star Olivia Jade Giannulli has opened up about having famous parents in her latest video 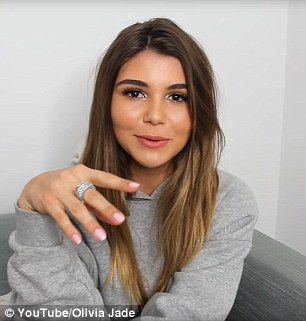 Questions: The 18-year-old admitted that she used to wonder if her peers really wanted to be friends with her or her mom, Full House star Lori Loughlin 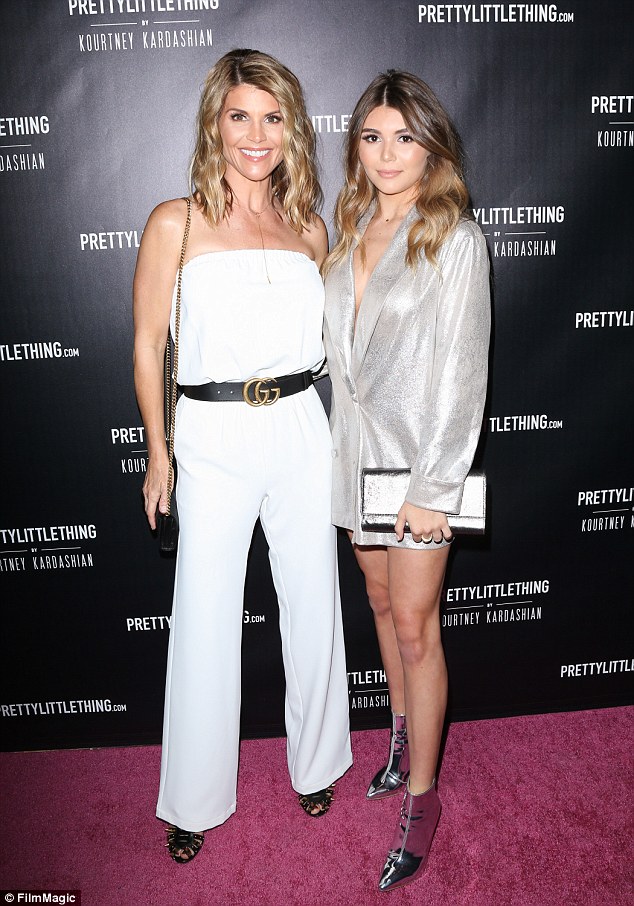 Insecurities: Olivia explained that when she was about six years old, she used to ask herself: ‘Oh, do they want to be my friend for me or my mom and my dad’

Olivia’s mom Lori, 53, is best known for her role as Rebecca Donaldson-Katsopolis on the sitcom Full House and its sequel Fuller House, while her father Mossimo Giannulli, 54, is the designer behind the brand Mossimo.

In the video, Olivia recalled how a girl on her sister Isabella’s soccer team gave her the ‘vibe’ that she only wanted to be friends with them because of their mom.

‘I just remember when I was eight years old, I was like red flag,’ she said, but she was quick to note that she feels like learning that life lesson was ‘almost a blessing.’

‘I can tell who actually wants to be my friend, which is cool,’ she added.

Olivia also opened up about her recent breakup with her former boyfriend Tyler Greenwald in the candid clip. 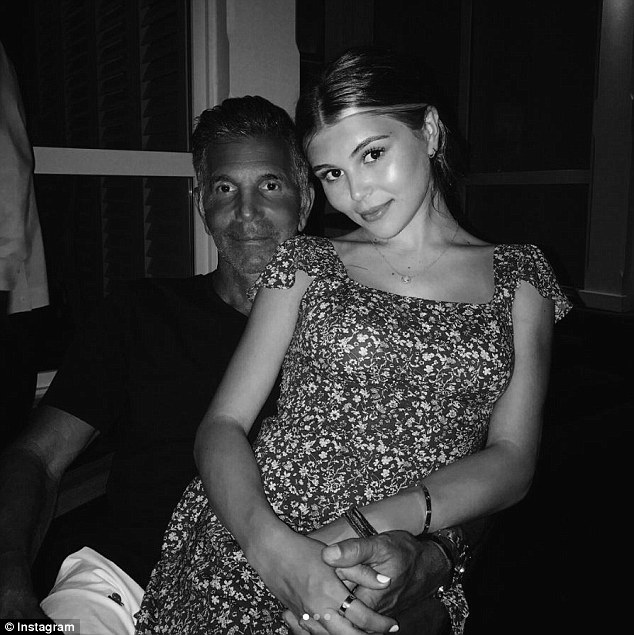 Daddy’s girl: Olivia’s father Mossimo Giannulli, 54, is the designer behind the brand Mossimo 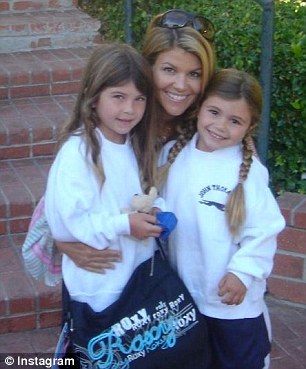 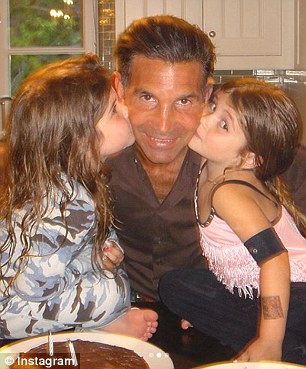 Warning: Olivia recalled how a girl on her sister Isabella’s soccer team gave her the ‘vibe’ that she only wanted to be friends with them because of their mom 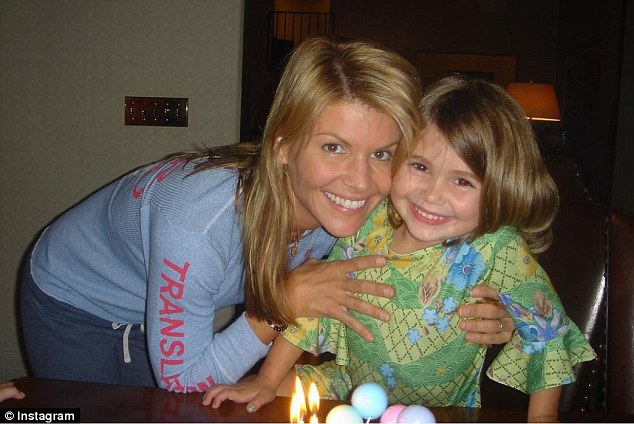 Wise for her age: The YouTuber noted that she was just eight years old, but she knew it was a ‘red flag’

‘I feel like everyone wants to hear some juicy answer behind this, and it’s nothing except the fact that we were in two different places at different times,’ she explained.

‘I still have the most love for him in the world. That’s what probably makes it harder.’

Oliva added that their relationship simply wasn’t working because she was in Los Angeles while he was attending college in another state.

‘Basically long distance got the best of us,’ she said.

Olivia noted that she took down the YouTube video of them together out of respect for Tyler because doesn’t like to be on social media.

And while she had nothing but nice things to say about him, she later warned that anyone going through a breakup should just completely ‘cut the cord’ because staying in touch with your ex only makes things that much harder. 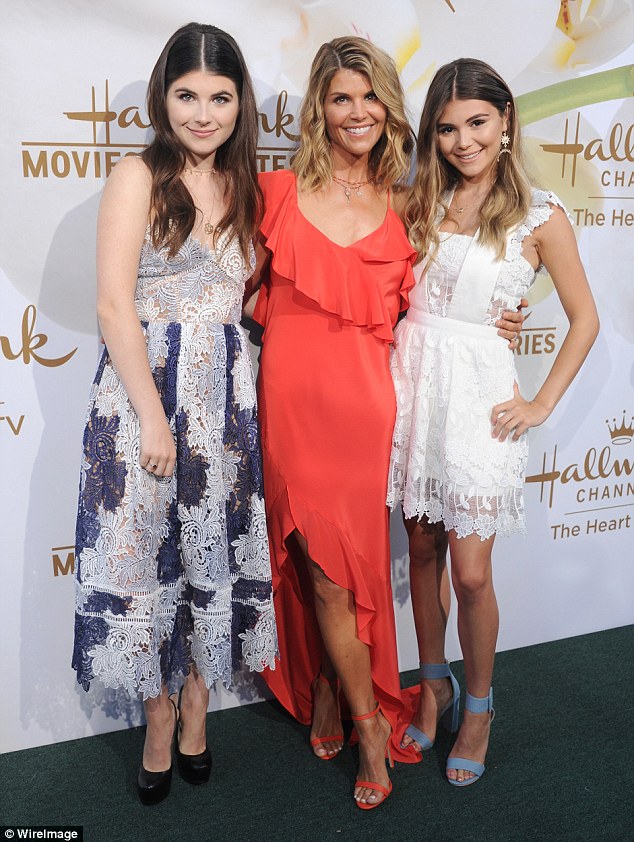 Family affair: Olivia and her sister Isabella, 19, struck a pose with their mom at an event in Beverly Hills in July 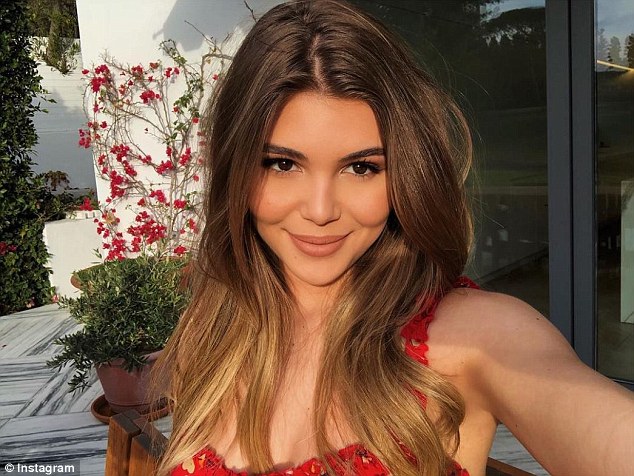 She gets it from her mama: Olivia is the spitting image of her mother Lori 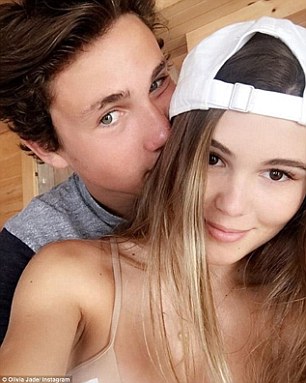 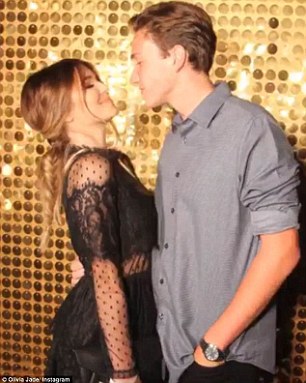 Honest: Olivia also opened up about her breakup with her former boyfriend Tyler Greenwald, explaining that their long distance relationship got the best of them

‘I think its so hard when you care about someone so much and love them so much to fully let go,’ she said.

‘But if you are actually serious about breaking up and moving on, you just need to actually do it and move on.’

Olivia suggested that her fans do whatever they need to do to stop contact, whether it be deleting the person’s contact information or unfollowing that person on social media.

She also advised people to focus on the positives, including what they learned from their former relationships.

‘He was the best boyfriend ever, literally in the world, and that’s what so great now,’ she said of Tyler.

‘I know exactly how I should be treated, and if anyone treats me less than what I was once treated, I will know exactly that I am so much better and I don’t deserve that.’