Lori Loughlin and Mossimo Giannulli’s daughter Olivia Jade is ‘angry’ about her involvement in her parent’s college cheating scandal case, and even more scared she’ll be called to speak in court.

But the Full House actress and her other daughter didn’t seem to have a care in the world Friday as they pranced around in LA.

Olivia Jade has a huge following on YouTube that’s she’s keen to hang on to and an insider said she has been separating herself from them ever since it emerged they may have paid off a fixer to forge documents and get their children in the University of Southern California.

She ‘blames her parents for everything’ and an insider seemed to suggest she knew what she was getting into at the time. 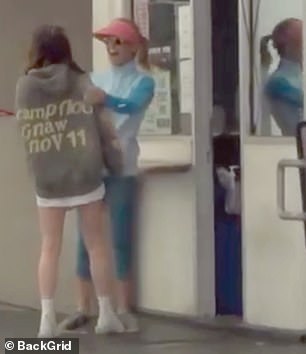 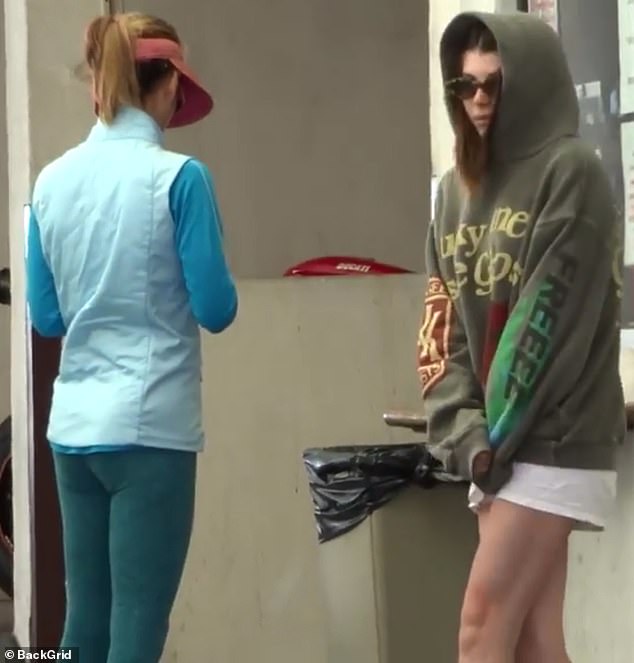 ‘She would have never gone along with it if she thought this would happen. Her thing is that she trusted her parents,’ the source told People.

Olivia Jade, 19, and her sister Isabella, 20, have not addressed whether they knew about her mother and father allegedly paying to bribe college coaches and hiring people to take admissions tests for the sisters.

Isabella was spotted laughing and joking around with her Beverly Hills reboot actress mother on Friday in the 90210 area. The pair hugged as they waited outside a valet area. 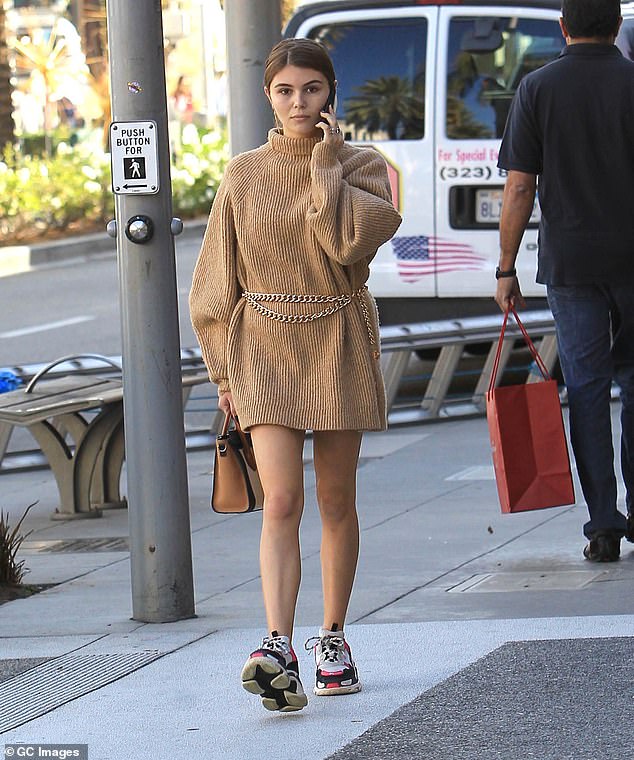 Lori Loughlin and Mossimo Giannulli’s daughter Olivia Jade is ‘angry’ about getting caught in college cheating scandal, according to source. Pictured December 21, 2018 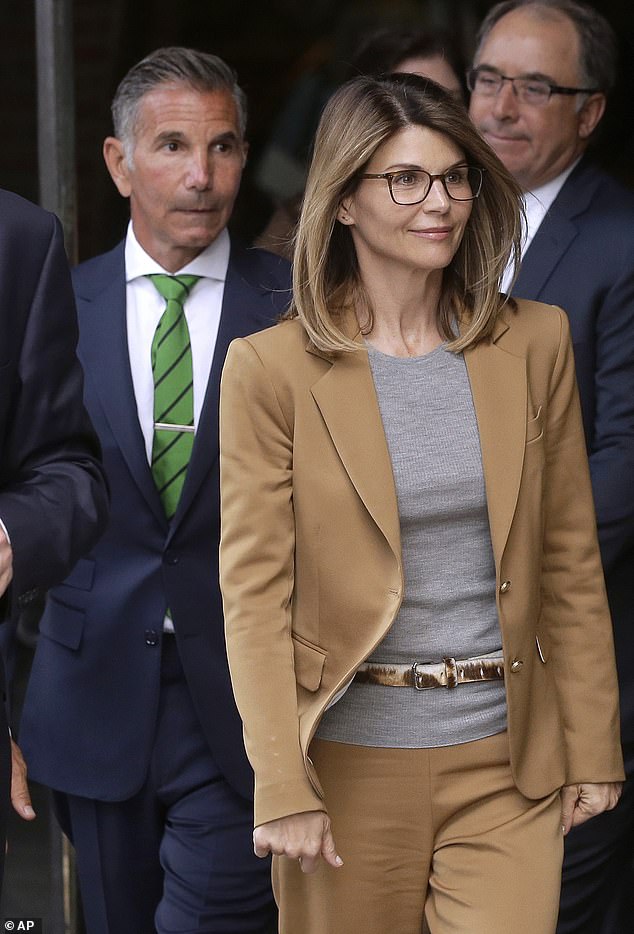 It came as People magazine reported that the vlogger – who is dating model/musician Jackson Guthry – is spending time away from home despite her and her sibling dropping out from USC following a backlash.

‘Olivia spends most of her time with close friends and her boyfriend,’ the source continued. ‘Olivia is still distraught and embarrassed. She hasn’t been home much. She is very angry with her parents. She just wants to figure out how she can rebuild her brand.’

Many followers were angry that she had bragged about not caring about her education and not attending class much. 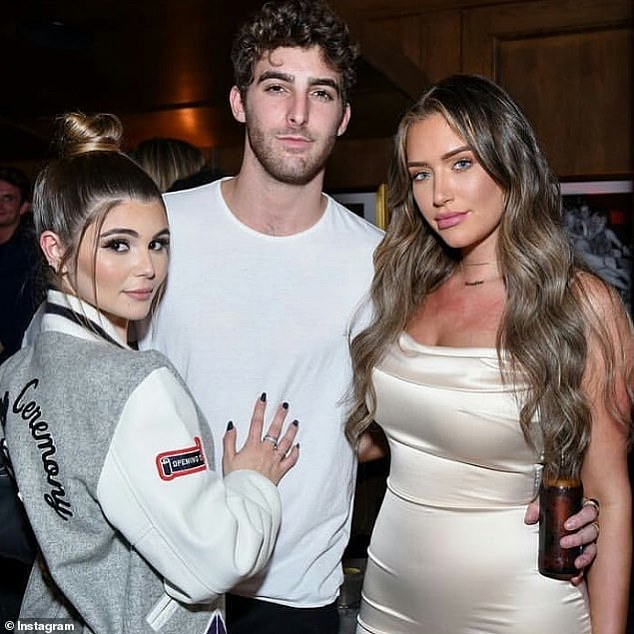 Olivia Jade has lost deals since the allegations emerged, including one with Sephora. The teen is reportedly now in damage control mode.

‘Olivia had her own life and business. She was always very driven and worked very hard to achieve what she had. This was her passion,’ an insider told People.

‘She was honest about that she didn’t really care about school. But her business, she was always very serious about. She most certainly will find a way to start over again. She isn’t someone that gives up easily.’

The social media star is also worried about being involved in the legal processes.

She has the added burden of having to support her parents in court where they last appeared Wednesday to face a presiding judge for the first time. They did not enter pleas. 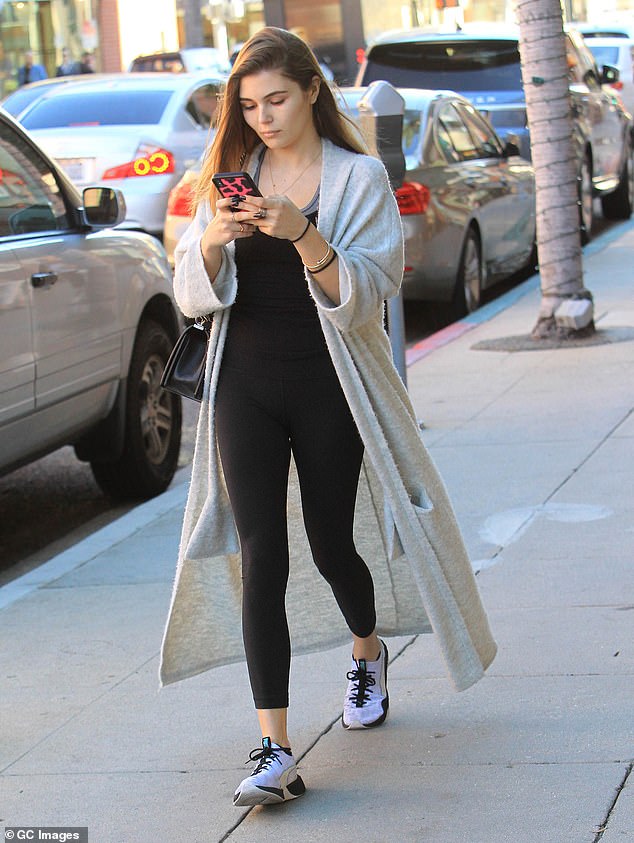 ‘Olivia is furious with her parents over this mess and now she is terrified that she may be forced into court to take the stand to testify,’ a source revealed to HollywoodLife.

‘She feels that she has already been through enough embarrassment over this situation and a court appearance would make things ten times worse.’

Loughlin, 54, and Mossimo, 55, are some of approximately 50 allegedly involved in a countrywide scam to bribe people at colleges including Yale.

The family is alleged to have paid $500,000 to get around the system and ensure their children places at USC. They’re accused of lying about their children being on rowing teams.

‘She wants it all to come to a quick conclusion so everyone can move on,’ the insider added to HollywoodLife.

‘Olivia has been hiding out with friends and can’t stand the thought of her mom or dad going to prison over this mess and she for sure does not want to be dragged into court. She feels like she is living in a horrible nightmare.’ 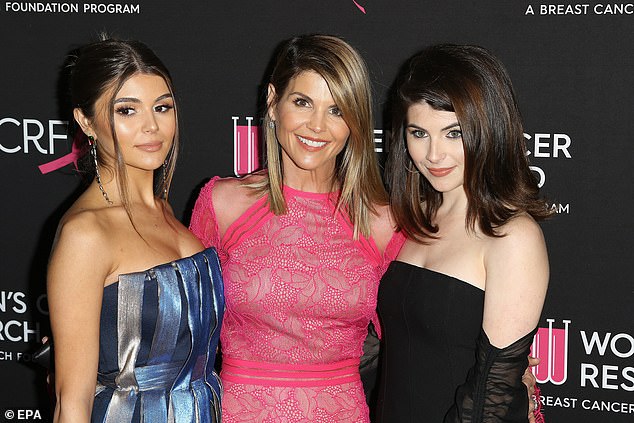