A truck driver has been arrested after causing irreparable damage to Peru’s world famous Nazca Lines, drawings carved into the earth around the birth of Christ.

Jainer Flores drove into an unauthorized section of the U.N. World Heritage site on Saturday, after deciding to pull off the road to investigate an issue with a tyre.

Security guards at the site rushed to try to stop him, but failed to do so, and Flores ended up damaging three of the lines in the Nazca Desert, in southern Peru.

Irreparable: A photo shows the damage inflicted by a truck that illegally drove into  a sector of the ancient geoglyphs of the Nazca Lines, a World Heritage Site, in southern Peru

A spokesperson for the Peruvian Ministry of Culture said the lorry had ‘left deep prints in an area approximately 100 meters long,’ damaging ‘parts of three straight lined geoglyphs,’

The Nazca lines are huge etchings depicting imaginary figures, creatures and plants that were scratched on the surface of a coastal desert between 1,500 and 2,000 years ago.

They are believed to have had ritual astronomical purposes. 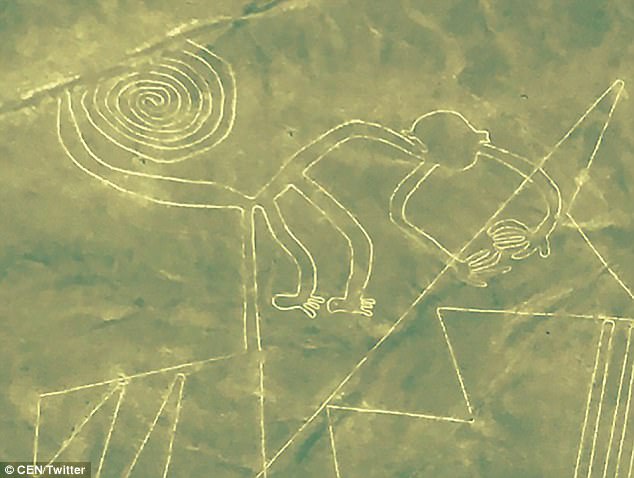 Heritage: The Nazca Lines are huge etchings of figures, creatures and plants that were scratched on the surface of the desert between 1,500 and 2,000 years ago 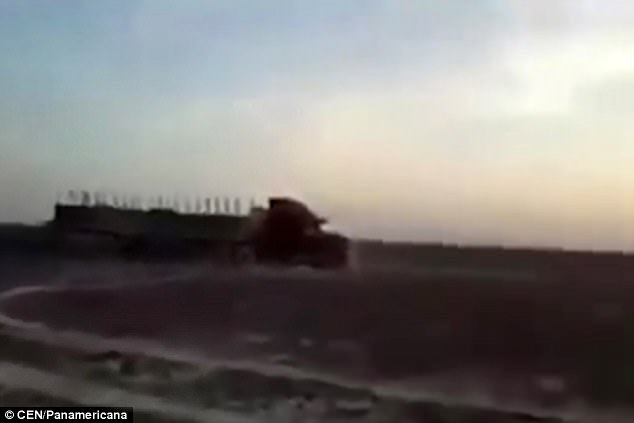 Bad route: Jainer Flores drove into the World Heritage site in the Nazca desert on Saturday, after deciding to pull off the road to investigate an issue with a tyre 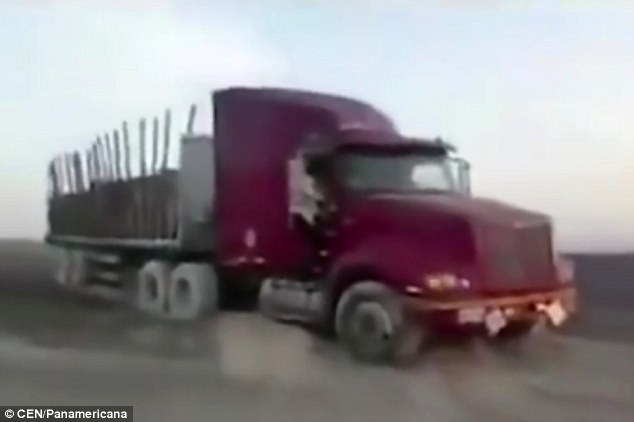 The vehicle entered Nazca plains despite the signposting, ‘affecting the surface of the pampas, including part of three geoglyphs of straight lines’ 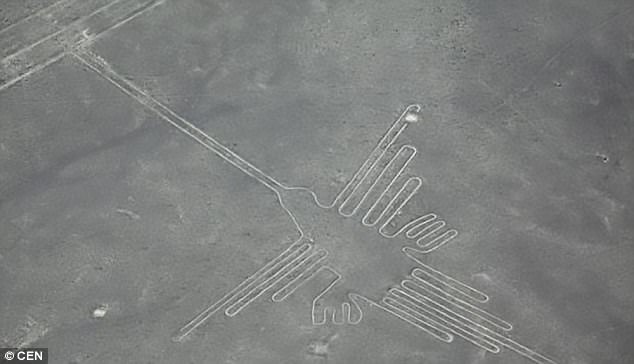 Hidden meaning: The Nazca Lines are believed to have had ritual astronomical purposes

Most of the lines are shallow trenches with a depth of between four and six inches, made by removing the reddish-brown iron oxide-coated pebbles that cover the surface of the Nazca desert and exposing the light-coloured earth beneath. 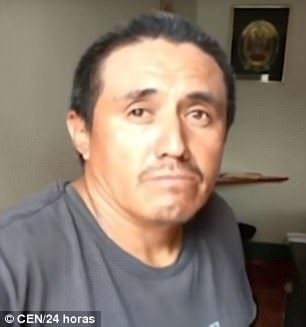 This sublayer contains high amounts of lime which has down the years hardened to form a protective layer that shields the lines from winds and prevents erosion.

Contrary to the popular belief that the figures can only be seen from the air, they are actually visible from the surrounding foothills.

This is not the first time the famous World Heritage site has been damaged by human hands,

In 2014, Greenpeace activists damaged the lines by leaving footprints in the adjacent desert as they laid down a banner promoting renewable energy.