Los Angeles is considering an unprecedented move that would make the city’s animal shelter system the first in the country to feed its dogs a vegan diet.

Prominent vegan lobbyists, including musician and DJ Moby, want to make the LA shelter system the leader of a meat-free movement.

However, opponents say that a vegan diet could cause widespread canine diarrhea.

The Los Angeles City Board of Animal Services Commissioners voted unanimously earlier this month to conduct a feasibility study and analysis of the benefits and risks. A report is expected in February.

‘If we adopt this, it’s one more thing that proves to the world that Los Angeles really is the progressive capital,’ Moby, whose real name is Richard Hall, said at the board’s meeting last month.

‘We have to embrace the fact that the raising and killing of animals for food purposes must only be done if we have absolutely no other choice,’ Wolfson said at the meeting.

‘This is about the long-term survival of every man, woman and child in this room, and all of the people in our lives.’ 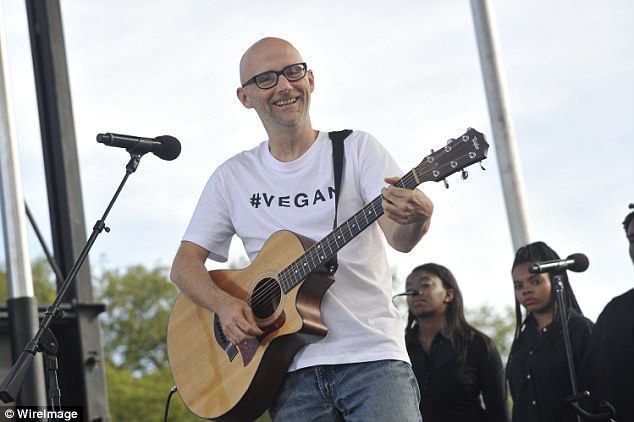 ‘We recognize that individual, privately owned dogs can do well on a wide variety of diets (Commercial, Vegetarian, Organic, Grain-free, Gluten-free, Raw, and Vegan),’ He wrote in a report.

‘However, that is quite a different population than the group of dogs we encounter daily in our animal shelters.’

The city pays $0.87 per pound for the current kibble, and the only vendor availalbe to LA charges four times as much for a vegan product.

A vegan diet higher in fiber could ‘lead to increased fecal bulk and frequency of bowel movements,’ leading to more cleanup work for shelter staffers, according to the report.