The Los Angeles County Sheriff’s Department has launched an investigation into allegations of abuse committed by Marilyn Manson, the department told DailyMail.com.

The allegations are from when Manson lived in West Hollywood from 2009 to 2001, the department said in an email.

The department said its Special Victims Bureau was heading the investigation into the allegations.

It’s not clear which of Manson’s alleged victims the department is speaking to. The department wouldn’t elaborate in its statement to DailyMail.com.

The confirmation of the investigation comes after at least 12 women shared allegations online against 52-year-old Manson, whose real name is Brian Hugh Warner, including Westworld actress Evan Rachel Wood.

TMZ says that the FBI had passed information onto Los Angeles County law enforcement after the federal agency was the first to receive complaints about the singer.

Cops in Los Angeles County are considering an investigation into the allegations of abuse levelled against Marilyn Manson (pictured in 2019), according to new reports on Thursday 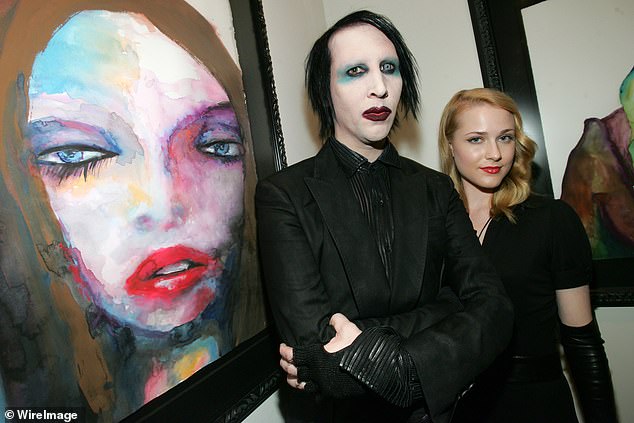 It comes after at least 12 women shared allegations online against 52-year-old Manson, whose real name is Brian Warner, including Westworld actress Evan Rachel Wood (pictured together) 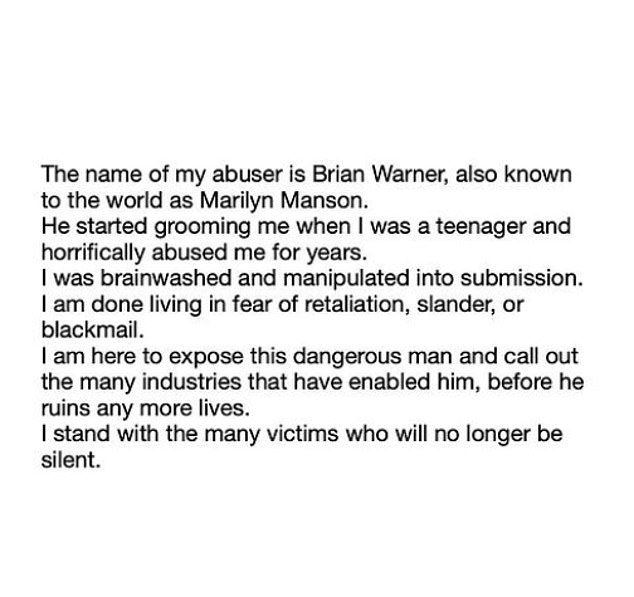 It is also not clear if the FBI plans to investigate any of the claims as it has neither confirmed nor denied an investigation.

However, Game of Thrones actress Esme Bianco claimed in a Good Morning America interview last week that federal agents had interviewed her.

The allegations against Manson began earlier this month after Wood in a February 2 Instagram post claimed he started ‘grooming me when I was a teenager and horrifically abused me for years’.

Since then, 11 other women have spoke out about alleged abuse, including Bianco. 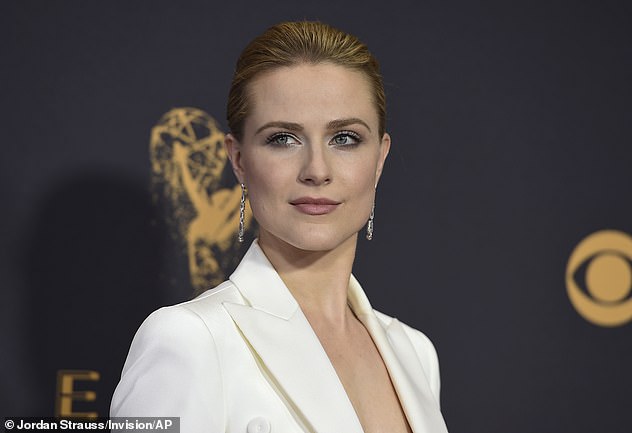 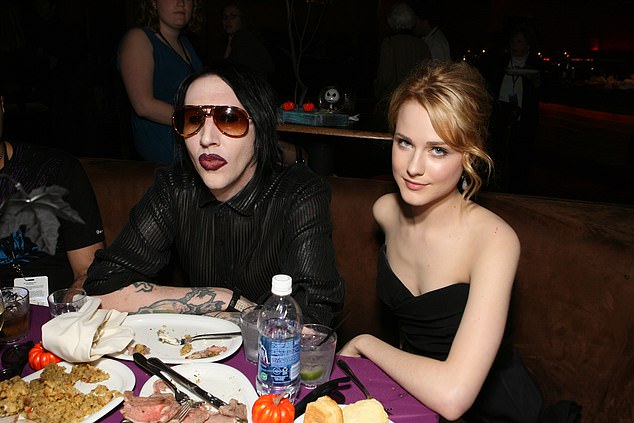 Wood started dating Manson, pictured together, in 2007 before they split in 2010

The 38-year-old Briton appeared on Good Morning America last week to claim that Manson kept their apartment cold at 62 degrees and dark with blacked out windows, describing one incident where she says she was kept in his home for three days.

Bianco said: ‘I was given nothing to eat, he gave me drugs and alcohol, and I essentially was not allowed to leave.’

She said Manson would tell her he wanted to ‘murder other women’ and ‘sneak down to the room where I was sleeping and rape me’ in text messages.

He also made her dress in heels, lingerie, and stockings, she alleges, and would show her off to his entourage ‘pulling up her dress to show them bruises that he’d given her’.

Bianco says her relationship with Manson began about 12 years ago in 2009, while she was married to another man.

The two had met in 2005 through Manson’s then-fiancée Dita Von Teese, whom Bianco knew because they were both Burlesque dancers. 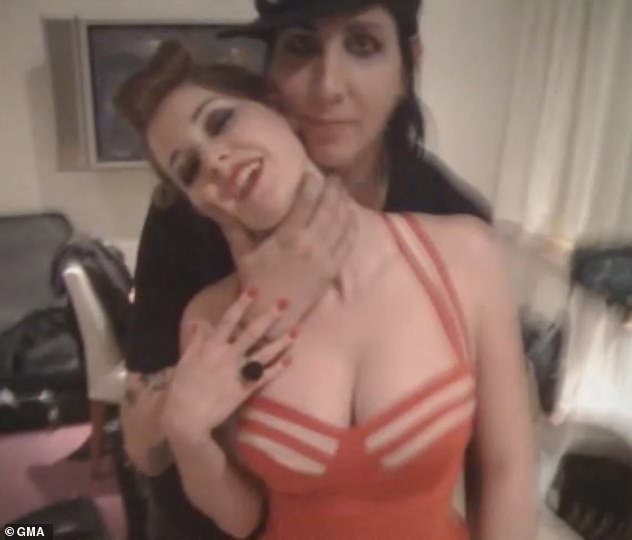 Another eleven women have accused Manson of various forms of abuse, including Game of Thrones actress Esme Bianco, 38 (pictured above with the rocker) 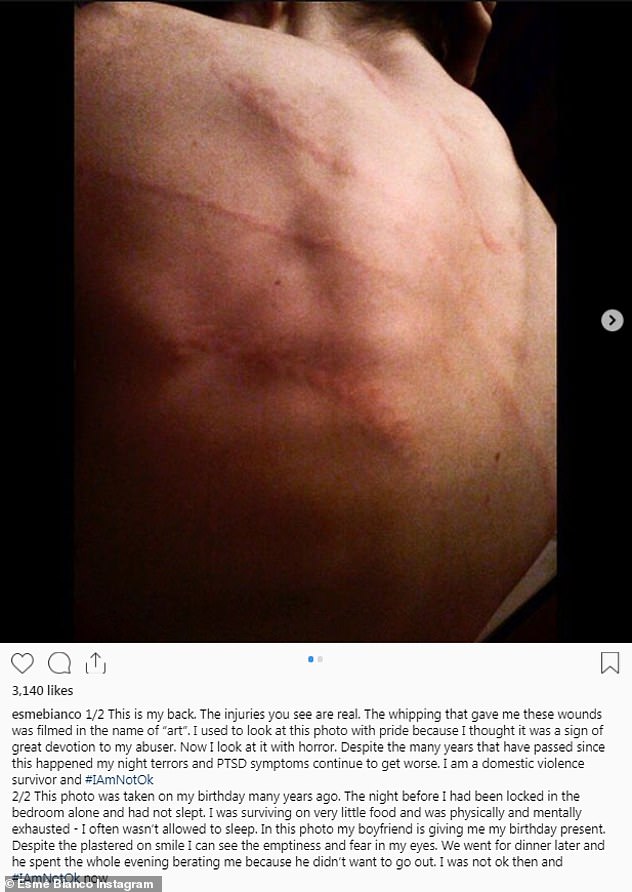 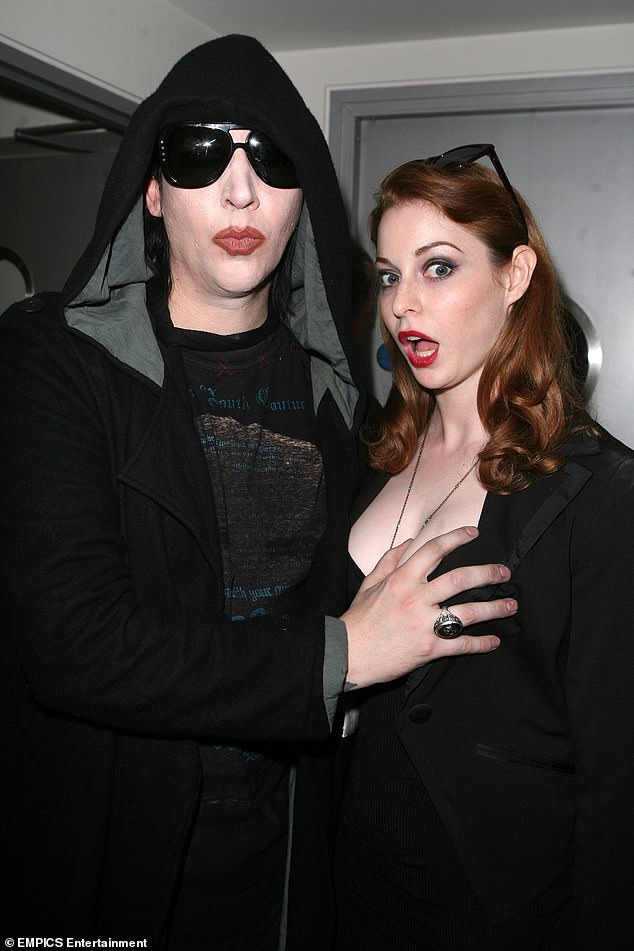 Bianco told GMA: ‘I was coerced, I was defrauded, I was transported from the U.K. to the U.S., I was harbored, and then I was coerced into involuntarily servitude, which included sexual abuse and physical abuse.’

Her lawyer, Jay Ellwanger, likened her experience to ‘human trafficking’.

Bianco added: ‘I wish I had known what I know now…that you can be trafficked by an intimate partner.’

Eight years later, Bianco identified herself as an abuse survivor publicly for the first time in 2019 when she testified in front of the California Assembly about reforming domestic violence laws.

She said she took up the cause after hearing fellow actress Evan Rachel Wood testify before Congress in 2018 about the abuse she claimed to have experienced at Manson’s hands – without naming him directly.

In it, the 48-year-old burlesque star said she had been ‘processing the news’ about her ex, who she dated for six years before they tied the knot in 2005.

Von Teese insisted the experiences detailed by Manson’s alleged victims ‘do not match’ her own experience with the rock star.

‘Please know that the details made public do not match my personal experience during our 7 years together as a couple,’ she wrote. 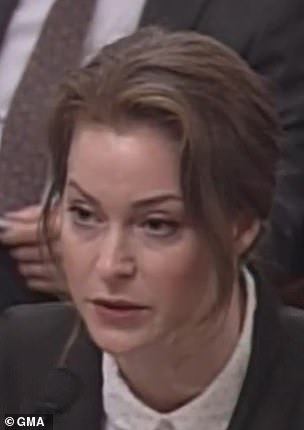 The claims from the other women vary but include alleged beatings, whippings, sleep deprivation and being plied with drink and drugs.

Manson denies the accusations and has not been charged with any crime.

He took to Instagram to deny the allegations, writing: ‘Obviously, my art and my life have long been magnets for controversy, but these recent claims about me are horrible distortions of reality.

‘My intimate relationships have always been entirely consensual with like-minded partners. Regardless of how – and why – others are now choosing to misrepresent the past, that is the truth.’

It was reported on Tuesday that he has hired 24-hour bodyguards at his LA mansion after being left ‘paranoid’ amid abuse allegations.

He allegedly hasn’t left his house in weeks, The Sun reported, and has been spending his time with a close circle which includes his personal assistant, his wife Lindsay Usich and has been visited by someone from his legal team.

Usich, a 36-year-old tattoo artist, and Manson have been in an on-off relationship since 2012 before they married last year.

Earlier this month police rushed to his home to carry out a ‘welfare check’ after a concerned friend was unable to contact him.

Industry insiders have sought to distance themselves from the controversial rocker with his record label, talent agency and long-time manager Tony Ciulla all dropping him.