Los Angeles house explodes during the middle of the day

A house in western Los Angeles randomly exploded in the middle of the afternoon on Wednesday.

The explosion caused significant damage to the house and scattered debris across a residential block.

Two people were inside the single story home when it exploded, but miraculously no one was injured. 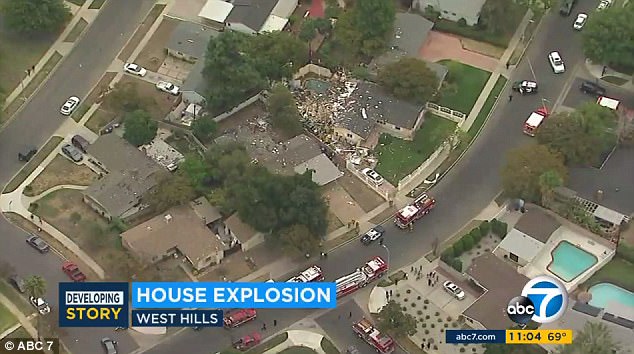 The official cause of the explosion is not known, but police believe it may have been a natural gas leak.

There was an initial criminal investigation that narcotics may have been to blame, but police have ruled it out after no evidence was found.

‘We heard this giant, like, boom,’ said neighbor Jordan C’Dealva-Lenik to ABC7. ‘At first, we thought it was the big one and we were really scared. So me and my mother, we ran out of the house because we didn’t know. The whole house was shaking. We didn’t feel any more tremors after that, so we said, OK, it’s not an earthquake.’

Six homes within the blast zone were marked as damaged. One woman had all the windows in her home blown out. 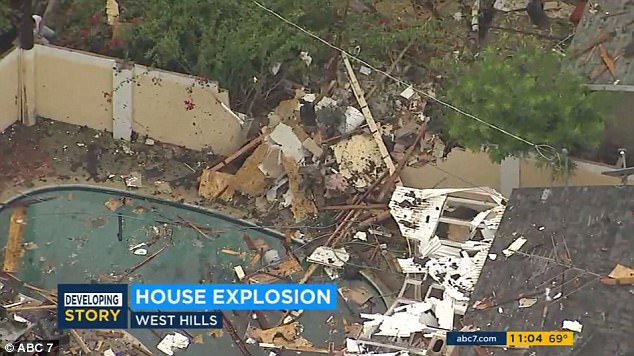 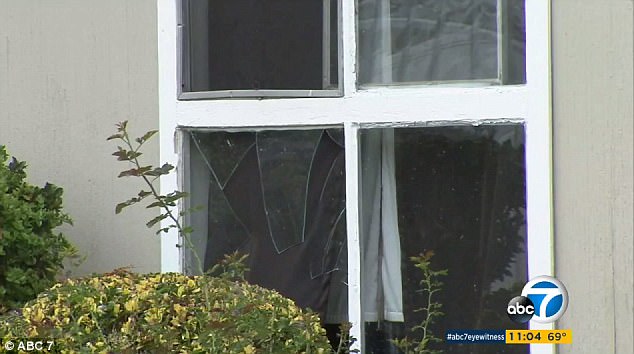 ‘She as extremely upset. She was crying. She said the house across the street exploded,’ Harvey Aingworth said about his sister’s home. ‘The fire department picking the pieces out of the tree was pretty amazing. That it blew up that high that it got into a tree.’

A neighbor has said she previously smelled gas and called 911 earlier in the summer, but firefighters had not been able to get onto the property.

The house’s backyard was covered with splintered wood, bricks, and plywood. A pickup truck parked in the driveway had a damaged hood and blown out windows. 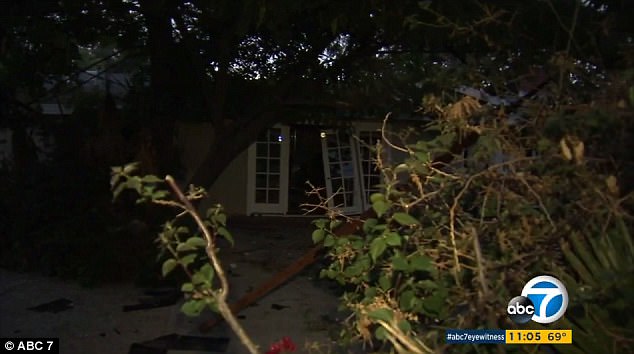