Marijuana is now allowed in Los Angeles International Airport but passengers may face prosecution if trying to travel with it on a plane.

LAX shared the new rule on their website but warned possession of the drug is still a federal crime.

As the Transport Security Committee stays in line with federal law, it means anyone trying to get past TSA at the airport could have to answer to Police no matter what quantity they have on them.

Under Proposition 64, the Adult Use of Marijuana Act, 57 per cent of voters legalized marijuana in November 2016 and someone carrying no more than 28.5g (about an ounce), or 8g in concentrated form would be fine.

A written policy posted by airport police says small amounts of weed may now be brought into one of the world’s busiest airports.

For those who are caught carrying even a small amount of pot, TSA agents won’t confiscate it but police will be called in to deal with it.

TSA spokeswoman Lorie Dankers said Thursday to Associated Press: ‘TSA’s focus is on terrorism and security threats to the aircraft and its passengers. 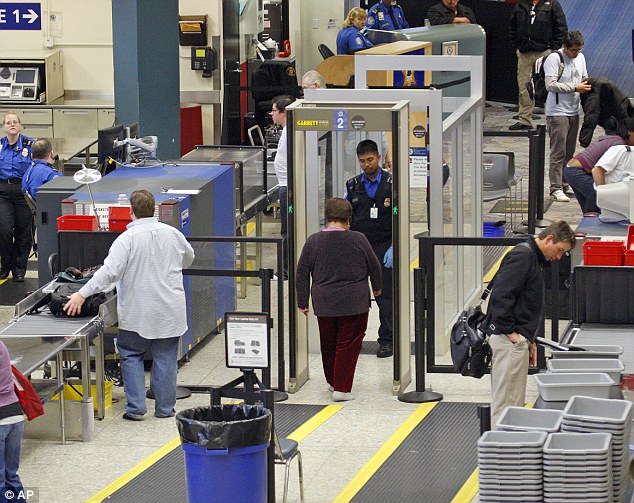 ‘Whether or not the passenger is allowed to travel with marijuana is up to law enforcement’s discretion.’

Airport Officer Alicia Hernandez added that if the amount is within the legal boundaries, they will be let go ‘because there is no crime’.

But it may not be worth trying to carry cannabis out of state.

With laws varying across the country it could result in a lot of time being consumed at airports with rules possibly causing confusion.

Flylax.com warned last January that travelers should check the laws of the states in which they plan to travel. 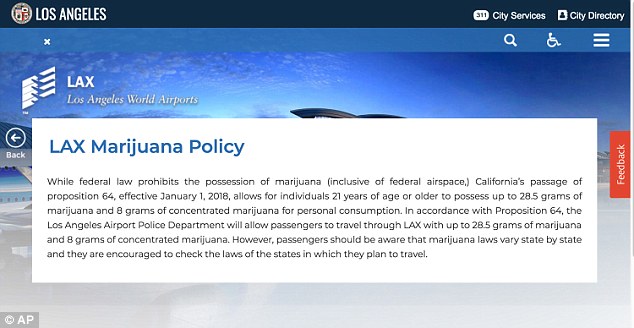 Flylax.com warned that travelers should check the laws of the states they plan to travel 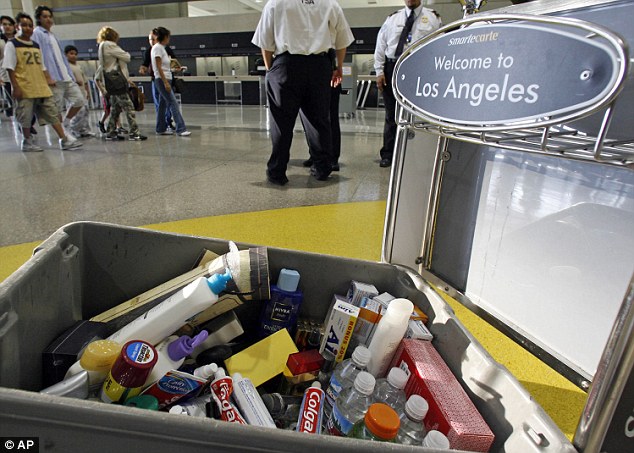 TSA won’t confiscate the weed and California law means Los Angeles cops would let go anyone carrying no more than 28.5g or 8g in concentrated form

‘The first thing the TSA is going to do is if they find something that is illegal for federal purposes is they’re going to refer it to local law enforcement,’ Douglas Kidd, executive director of the National Association of Airline Passengers said.

‘Now local law enforcement may say, “We’re not going to do anything.” But still, the delay could cause you to miss your flight.’

Recreational sales of cannabis became legal in January this year but San Diego International Airport has no policy for it, said spokesman Jonathan Heller.

Colorado was one of the first states to legalize recreational marijuana in 2012 but it is still illegal to bring it into Denver International Airport due to air travel being governed by federal authorities.

‘If it’s a small amount the TSA and the Denver Police Department will ask that person to dispose of it and if that person is willing to do that they move through,’ Airport spokeswoman Emily Williams said.