A starving polar bear has wandered into an industrial city in Russia after ‘walking almost 1,000 miles in the wrong direction’.

The lost beast headed south and inland from shore of the Arctic Ocean, far from its natural feeding habitat.

Motorists in the nickel mining city of Norilsk watched in amazement as the bear crossed busy roads.

The bear was scavenging for food and appeared too weak to attack people who were watching the wild animal – but local officials have warned of the threat to human life.

Locals said it is the first time a wild polar bear has been spotted in the city since the 1970s.

The animal is believed to have made a lonely trek of at least 950 miles crossing Arctic islands and frozen sea to reach Norilsk, according to reports. 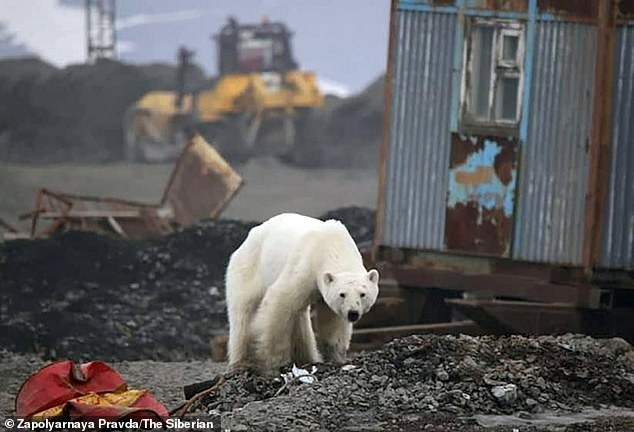 It is thought the polar bear walked nearly 1,000 miles from the Russian Arctic shore south to the mining city of Norilsk

She told local media: ‘He is seriously hunger-bitten, he is hardly able to blink and keep his eyes open, almost unable to walk.

‘He was lying for a long time, having a rest, then he crossed the road and entered the industrial zone.

‘He went towards the gravel and sand factory. Then he crossed one more road and headed to a dump.’

Earlier, the same bear was spotted at Talnakh on the outskirts of Norilsk.

The animal has become a star attraction in a barren area normally populated by brown not polar bears, reported The Siberian Times. 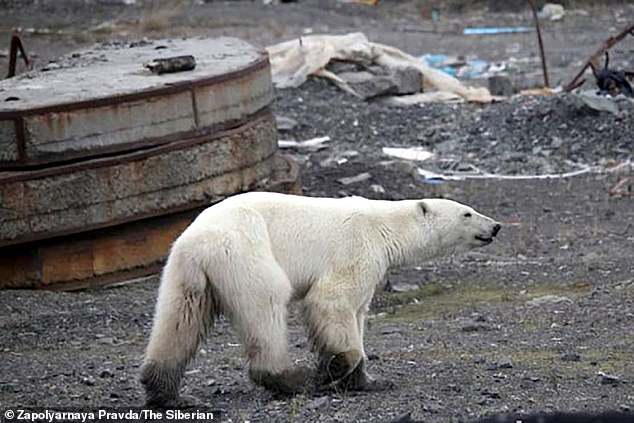 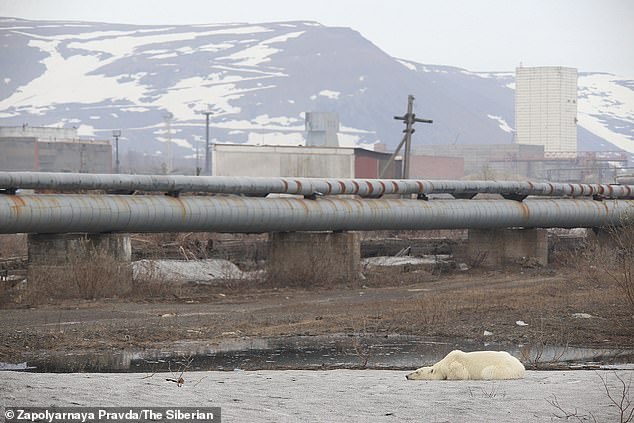 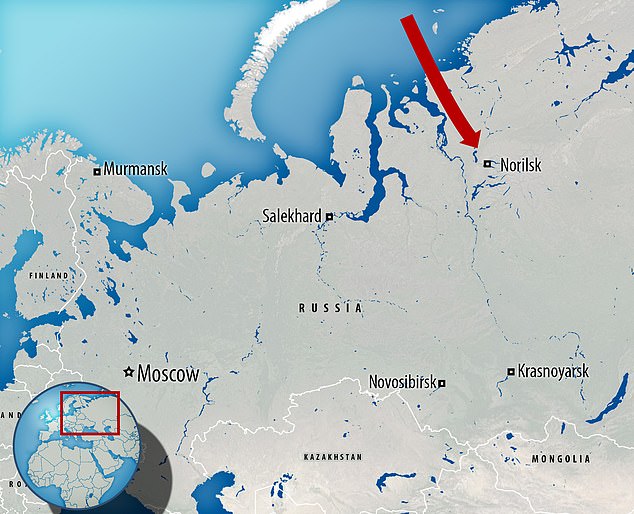 The bear had the ‘wrong compass settings’, and walked across the Taymyr Peninsula to reach the Soviet-era nickel city which is normally closed to foreign visitors.

Local police and emergency services are closely monitoring the bear – which poses a threat to residents.

But they are awaiting a decision from Moscow on whether to sedate the beast and return it to the Arctic shoreline – or move it to a zoo in Krasnoyarsk, the regional capital, come 950 miles further to the south.

Initially the local emergency services refused to believe there was a polar bear in the Talnakh district of the Arctic city which is some 350 miles inland.

Anatoly Nikolaychyuk, head of Taymyr department of state hunting control, said: ‘This is a unique and rare case. 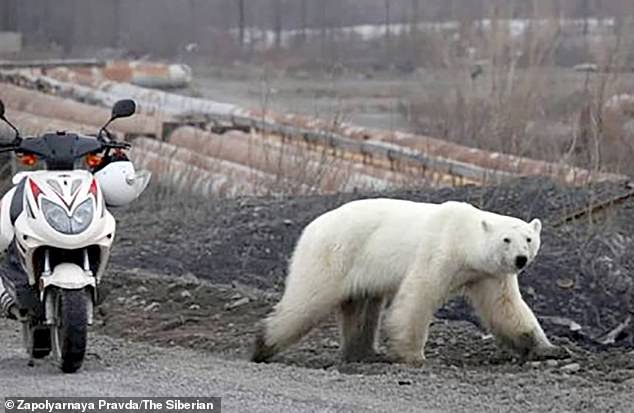 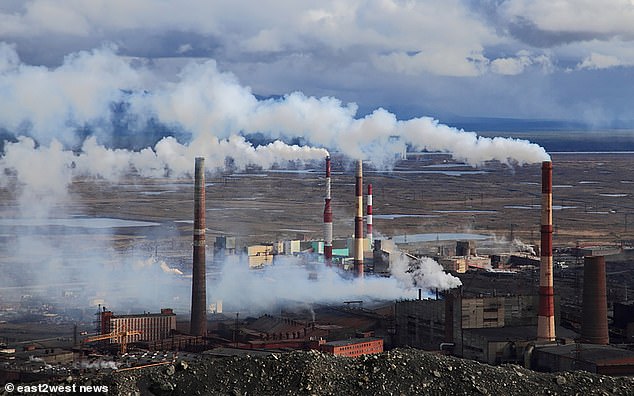 Norilsk is an industrial city in Krasnoyarsk Krai region above the Arctic Circle, east of the Yenisei River. It is what’s known as a ‘closed city’ as foreigners cannot visit and during the Soviet-era did  not appear on maps, road signs or connect to public transport 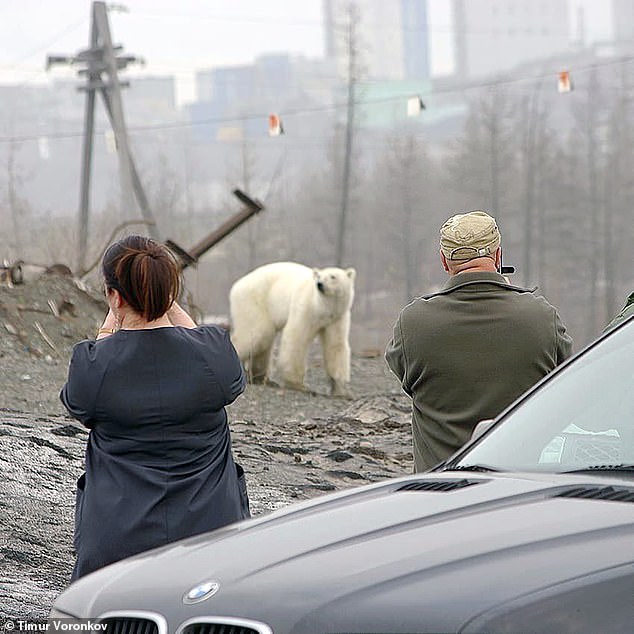 ‘There are two options now – either to relocate him to the shore, or, perhaps, some zoo will take him.’

Local campaigners are demanding the bear is returned to its natural habitat.

Oleg Krashevsky – who specialises in tours to the remote Putorana Plateau – posted: ‘I don’t understand how the bear could have walked such distance, across Taymyr and not come across anyone.

‘He must have encountered many hunters. The same thing happened in 1970’s when a polar bear showed up at an explosives warehouse around the same place as this time.’

Polar bears are an endangered species in Russia’s Red Book.

The bear’s mammoth journey is believed to have started on islands deep in the Arctic either in Krasnoyarsk or Yakutia regions.