‘Lost’ episode of Only Fools and Horses to be aired

Viewers are to get a glimpse of a ‘lost’ episode of Only Fools and Horses for the very first time.

The never-before-seen episode filmed in 1984, titled ‘Licensed to Drill’, is said to have been lying on a dusty shelf for years.

It features characters Del Boy, Rodney and Grandad and is especially significant as it was Lennard Pearce’s final appearance as Grandad before his death.

The episode was produced by the Maureen Oilfield Consortium and was exclusively made for British schools to teach them about crude oil and the things that can be mass-produced from it.

The programme, running for 19 minutes and 15 seconds, was shown in various schools but was never broadcast commercially.

In the episode, Del Boy, played by David Jason, thinks he’s on to a winner when he reveals his new get-rich-quick scheme.

He’s bought an oil rig for the bargain price of £400, now all they need to do is extract their ‘own black gold.’ 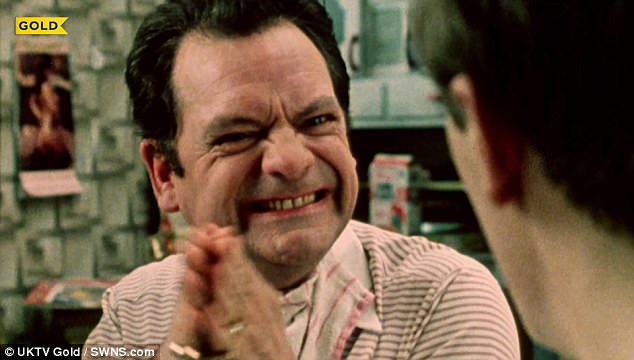 In the never-before-seen episode titled ‘Licensed to Drill’, Del Boy, played by David Jason, thinks he’s on to a winner when he reveals his new get-rich-quick scheme

Del says: ‘We just lay low in our boat for a while and we wait for one of the big oil companies to move off the oil field and then we whip in a bit lively and use their hole.’

But unfortunately for the Trotters, they soon become aware there’s not much in the way of oil in Peckham and Del Boy realises he’s been conned.

In addition to airing scenes from the forgotten episode, UKTV Gold’s ‘The Story Of Only Fools And Horses’ also features some of the very best outtakes from the classic sitcom.

Acknowledging it wasn’t all plain sailing during filming, Nicholas Lyndhurst, who played Rodders, says: ‘So you think we shot one perfectly every week? uh uh.’ 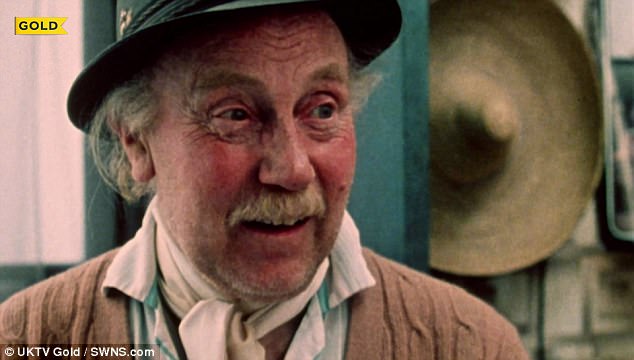 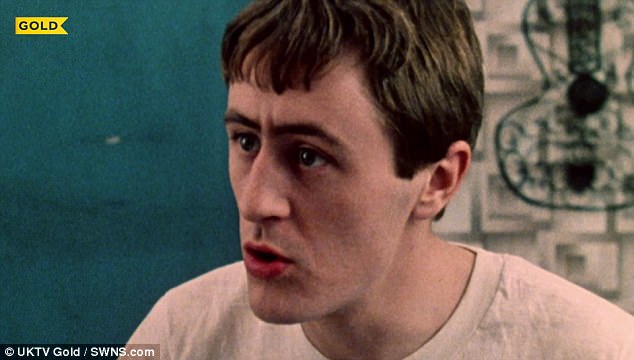 The episode filmed in 1984, titled ‘Licensed to Drill’, is said to have been lying on a dusty shelf for years. Pictured: Nicholas Lyndhurst as Rodney

In one of the bloopers David Jason forgets his lines and exclaims: ‘We might as well start again because I’ve gone now.’

And in another Nicholas Lyndhurst mispronounces his onscreen wife’s name as ‘Ker-sai’ rather than Cassie.

Gwyneth Strong, who played Cassandra ‘Cassie’ Trotter, said: ‘The outtakes brought back loads of memories for us, memories that you don’t even realise are there until you start seeing that material.

‘I kept saying ‘Who knew!’ all the way through watching it.’ 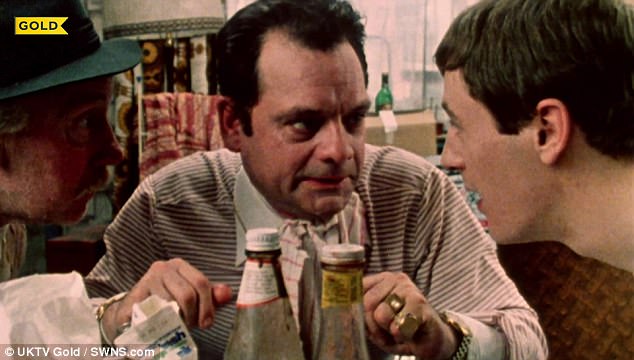 Steve North, General Manager for Gold said: ‘I am so excited to be working with the Sullivan family to help celebrate Gold’s 25th birthday this year, and really delve into the archives one of the most loved shows on the channel. Gold viewers will get a real treat.’

John Quinn, Executive Producer, North One said: ‘Thanks to the late John Sullivan’s family, we have access to some exclusive behind-the-scenes material – driven by first-hand insights and anecdotes by many of those who were there.’

The Story of Only Fools and Horses, airs on UKTV’s Gold Channel on Tuesdays at 8pm until 3 October, which is when scenes from ‘Licensed to Drill’ will be shown for the first time.