The daughter of Holby City actor John Michie died after taking an overdose of ecstasy and ketamine at a music festival, an inquest heard today.

A police search was launched for the 25-year-old and her body was found in a secluded wooded area on the festival site, during the early hours of September 11.

The model would have endured a period of agitation as a result of taking the drugs before her airways became blocked, an inquest heard today.

During the festival, Dorset police issued warnings about rogue pale blue ecstasy pills that contained an unknown substance and were known to be in circulation.

After her death he was arrested on suspicion of murder and supplying a class A drug but later released on bail. 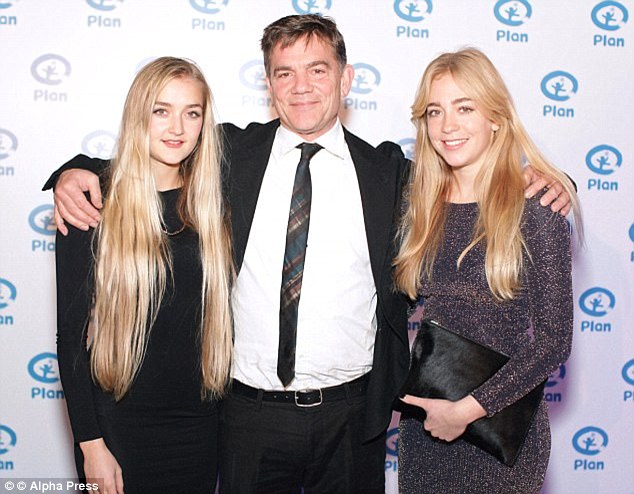 John Michie with daughters Louella, left, and Daisy, right, at Banqueting House in London for Plan UK’s Because I am a Girl Gala Dinner 2014

Last week he was charged with manslaughter by negligence in connection with Miss Michie’s death.

He is due to appear in court next month.

An inquest into Miss Michie’s death was opened and adjourned by the Dorset coroner Rachael Griffin in Bournemouth.

During the brief hearing, coroner’s officer Nikki Muller said: ‘Police were called to the Bestival site and she (Miss Michie) was taken to a nearby hospital.

‘Her father identified her the next day. 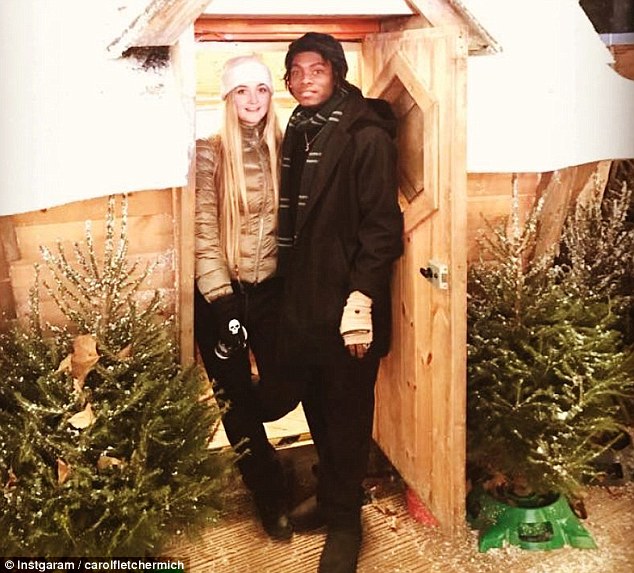 Louella Michie with her grime artist boyfriend Ceon Broughton, who has been charged with manslaughter by negligence in connection her death

‘A post mortem examination was conducted Dr (Russell) Delaney who was initially unable to give a preliminary cause of death.

‘Her body was released for the purposes of her funeral but he kept hold of some tissues.’

Miss Muller said Dr Delaney later came back with a conclusion that Miss Michie’s died of sudden unexpected death from ketamine and MDMA overdose which caused a long period of agitation, restraint and blocked airways.’

The inquest was adjourned until June 25.

Mr Broughton, 29, from Enfield, north London, is due to appear at Poole Magistrates’ Court on March 23 to answer the manslaughter charges he faces.