The luxury fashion house, founded in France, took to Instagram to promote its LV Volt fine jewellery campaign, which pays tribute to the founder with designs inspired by his initials.

Photographs show celebrities including rapper Kid Cudi, actresses Jin Chen and Alicia Vikander dressed in black clothing while accessorized with the unisex range of rings and bracelets, priced up to £11,400.

The brand first debuted the collection in 2020, however a recent promotional post has sparked upset amid Russia’s invasion of Ukraine.

Thousands of angry commenters have compared the designs to Russia’s pro-war ‘Z’ symbol. 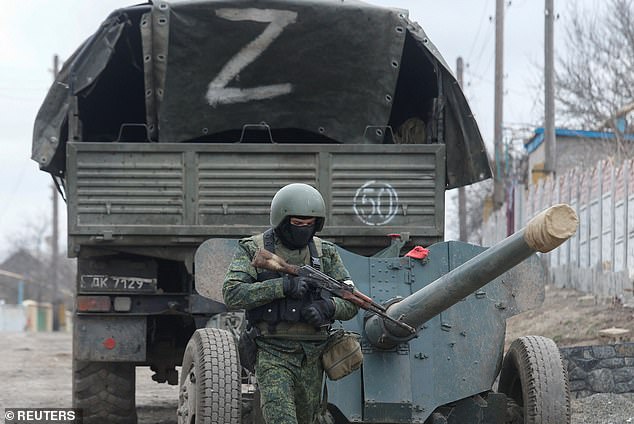 Louis Vuitton hasn’t removed the images from its account despite the backlash but has shifted focus to posting photos of celebrities wearing their clothes.

A video promoting the fine jewellery was captioned: ‘Introducing the new #LVVolt Campaign. #KidCudi, #JinChen, and #AliciaVikander showcase pieces from #LouisVuitton’s unisex Fine Jewelry Collection that pays tribute to the Maison’s iconic initials. Discover the campaign via link in bio.’

The post was followed by a photo of Alicia Vikander then a clip of Kid Cudi, which both received backlash.

One person wrote: ‘Z is a symbol on Russian tanks. This is a symbol with which they attacked us. This symbol represents violence and deaths. Stop being silent #StopWarInUkraine’

Another said: ‘What? Do you support the war in Ukraine with this collection with the initials of the country that attacked us. Are you out of your mind?’ 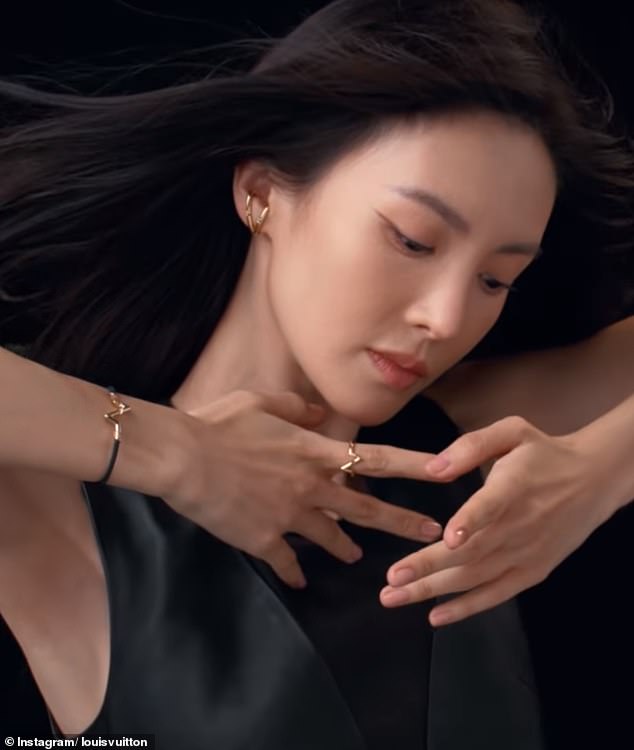 Actress Jin Chen (pictured), from China, is among the stars Louis Vuitton chose to promote their designs on Instagram 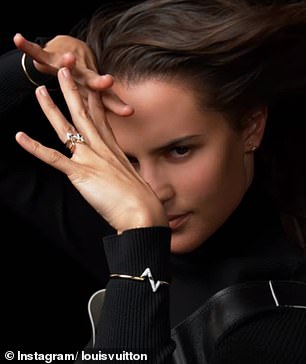 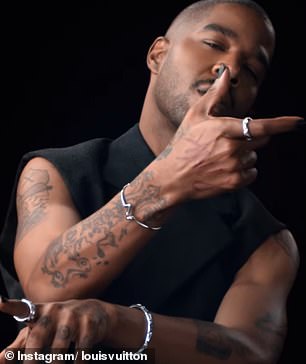 The outrage comes after companies such as Zurich Insurance removed its ‘Z’ logo to avoid showing allegiance with the Russian regime.

In a statement, the company said: ‘We are temporarily removing the use of the letter ‘Z’ from social channels where it appears in isolation and could be misinterpreted.

‘We’re monitoring the situation closely and will take further actions if and when required.’

The letter Z has been used to mark Russian military vehicles in the Ukraine conflict in addition to appearing on buildings, roads, cars, t-shirts and flags in Russia as a sign of support for the war.

There has also been videos of Russians wearing black sweatshirts with a white Z on social media to show their support for Putin’s invasion of Ukraine.

What does the Z on Russian tanks mean?

The letter Z has become a propaganda symbol by Putin’s supporters in Russia after appearing on Russian vehicles invading Ukraine.

The invading Russians use the symbol to quickly identify if a vehicle is friend or foe.

However there is confusion over what the symbol, which has been compared to Nazi Germany’s swastika, actually means.

The letter Z does not exist in the Cyrillic Russian alphabet.

It has been interpreted as standing for ‘Za pobedy’ (for victory), others for ‘Zapad’ (West).

West is in reference to Russia western forces.

The ‘Z’ symbol had been seen inside squares and triangles as well as on its own – each thought to denote forces from a specific part of the military.

The symbol only appeared very recently, so the Ukranian forces couldn’t copy it beforehand. 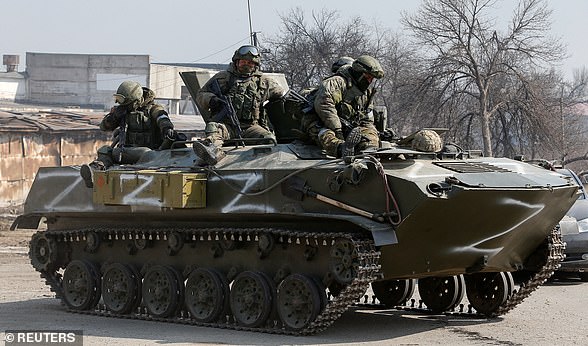