Hospitality firm Loungers, which owns the Lounge and Cosy Club brands, scored revenue of £122.3million in the 24 weeks to early October, an increase of nearly a fifth on the prior year and over 50 per cent higher than pre-pandemic levels.

Around a third of its turnover growth in the past three years has come from rising like-for-like sales, with the remainder supported by the opening of 50 more venues.

Upcoming: Loungers plans to open its first Brightside restaurant near Exeter Racecourse, where patrons will be able to tuck into ‘comfort-style’ dishes like burgers and pizzas

The figures come ahead of its launch of a series of Brightside roadside diners, where it thinks there is an opportunity to cater for those who want to take a break and enjoy their meal.

Loungers’ expansion has already seen eleven establishments launched by the Bristol-based business during the latest reporting period, with a further four rolled out since then and another 15 set to be opened during this financial year.

In February, the group plans to open its first-ever Brightside near Exeter Racecourse in Devon, where patrons will be able to tuck into ‘comfort-style’ dishes like burgers, pizzas and an extensive brunch menu.

Loungers has previously said the ‘tired and uninspiring’ roadside dining market provides an excellent opportunity for an original entrant to revitalise a sector dominated by drive-through and quick-service restaurants.

It believes the new concept ‘plays to our strengths in terms of a large freshly cooked menu, speed of delivery, operational intensity through a no-bookings model, all-day, great value and amazing hospitality.’

Three planned Brightsides are located on former Little Chefs and Happy Eaters sites recently acquired from Route Restaurants and are due to launch later by mid-April, with a fourth in Rutland coming the year afterwards.

Earlier this month, Alex Reilley, founder chairman of Loungers, said: ‘For many people, the highlight of childhood road trips in days gone by was a stop at the likes of Little Chef. 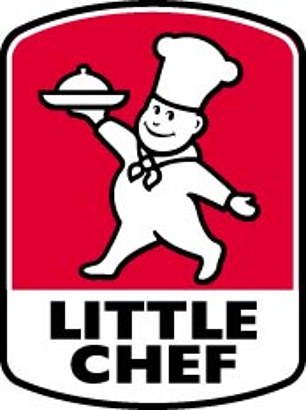 Inspiration: Loungers plans to channel the spirit of the now-defunct Little Chef chain with its new Brightside restaurants

‘We believe there is a gap in the market for a fresh concept that gives customers the option to take a proper break and enjoy wholesome food and great hospitality, in a landscape that is currently dominated by drive-thru and quick service formats.’

Yet amidst the excitement surrounding this new project, the firm warned that cost-of-living concerns, primarily resulting from soaring energy and food prices, are unlikely to improve even as it expressed optimism over the upcoming Christmas trading period.

Higher employee and sales costs, as well as the expiration of business rates relief and the lower VAT rate on food and non-alcoholic drinks, caused half-year profits at Loungers to plummet by 77 per cent to £2.5million.

Chief executive Nick Collins, said: ‘We aren’t immune to the inflationary pressures impacting our sector, but we have worked hard to strike the right balance between growing market share and managing margin pressures.’

The group has hedged utility costs until September 2024 for most of its sites and enhanced the rent-to-revenue ratio to 4.7 per cent, which it partly attributed to locating restaurants within suburban high streets and small town centres.

Analysts at broker Liberum said: ‘Loungers is well positioned compared to peers to combat inflationary pressures through on-going innovation, and through maintaining its value for money offering and high services levels.’

Loungers shares closed trading 0.3 per cent lower at 191.5p on Wednesday, meaning their value has declined by just under a third so far this year.