Love Is Blind star Mark Cuevas is expecting his first child with his girlfriend of five months, Aubrey Rainey, who did not appear on the reality show.

The Netflix reality star first debuted a picture of Aubrey in a photo posted to Instagram back in July.

Mark, 25, had previously been in a relationship with his former costar Lauren ‘LC’ Chamblin, but she dumped him after learning of an alleged affair he was conducting on the side.

Congratulations: Love Is Blind’s Mark Cuevas reveals he is expecting his first child with girlfriend of five months Aubrey Rainey as he shared a scan picture on Instagram on Sunday 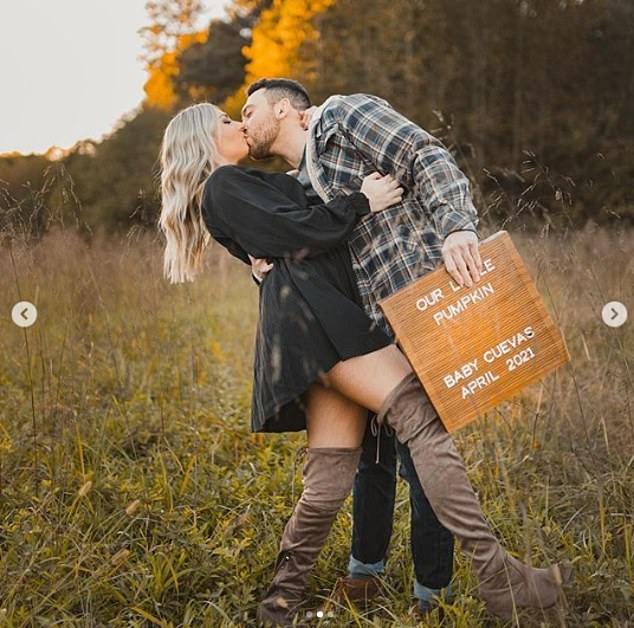 Mark intentionally kept the details about his new love minimal.

The photo show him rested his arm on a mystery blonde woman’s leg while she clasped his arm.

‘Thankful,’ was the most he was willing to write in the caption, and he tagged his girlfriend as ‘nope’ to prevent his followers from looking her up. 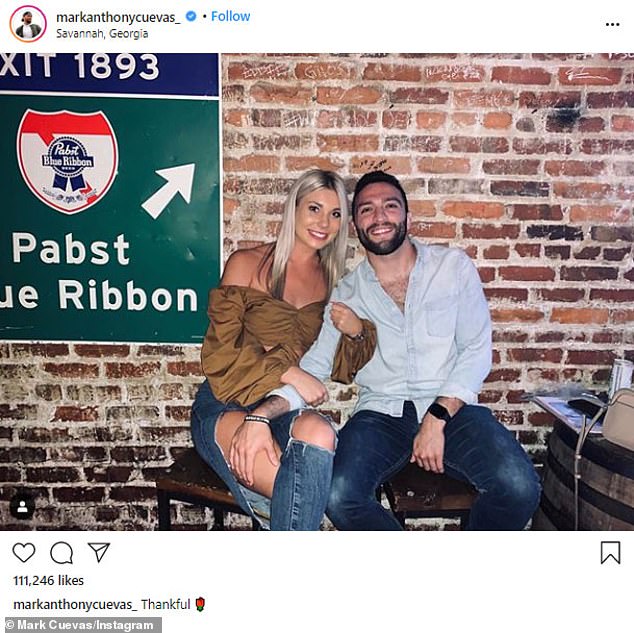 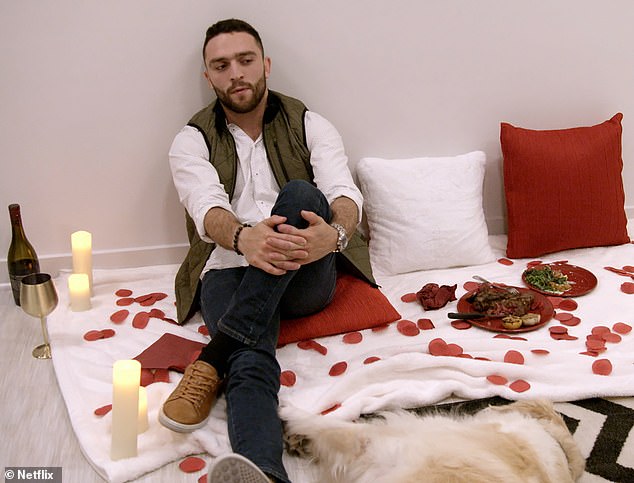 Splitsville: Mark had previously been in a relationship with his former costar Lauren ‘LC’ Chamblin, but she dumped him after learning of an alleged affair he was conducting on the side 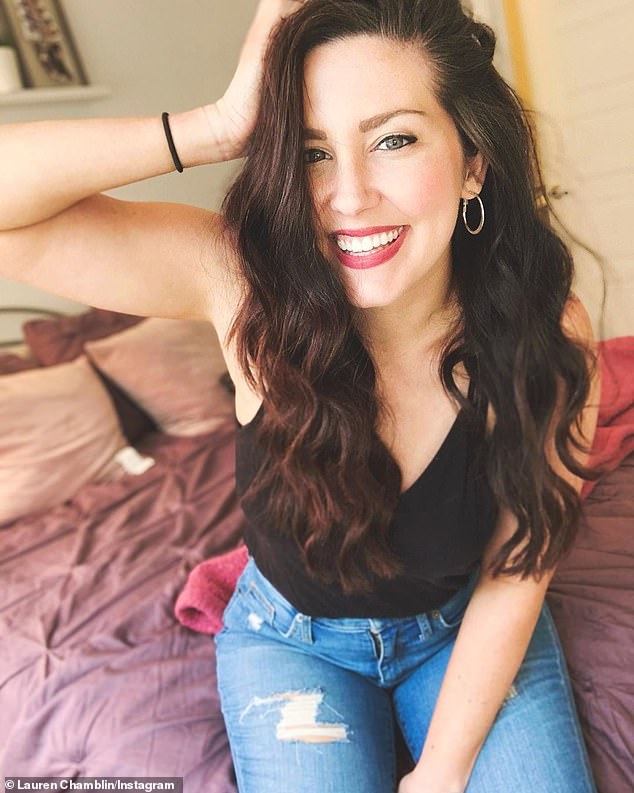 The end: Lauren learned of his alleged cheating after seeing an innocent Reddit post by a person claiming their ‘close friend’s co-worker’ was dating him

In June, Mark’s then-girlfriend Lauren was blindsided after she learned that he was allegedly dating another woman at the same time he was seeing her.

A Reddit user wrote, ‘My close friend’s co-worker is dating Mark!!’ and the post, which has since been deleted, included a screenshot of Mark hanging out with an unidentified blonde woman while visiting Cleveland, Ohio, according to JustJared.com.

One user, who represented themselves as a friend of the initial poster, added some more details.

‘A little more info: my friend is a waitress in downtown Cleveland and her co-worker went on vacation in Atlanta and happened to meet Mark at a bar! They hit it off and have been splitting time between Atlanta and Cleveland seeing each other,’ they wrote.

The post made its way to LC, who managed to stay remarkably composed about it.

‘This is awkward because I live in Atlanta and I’ve been dating Mark since the beginning of May….’ she began, adding confused and angry emojis.

‘Oh and btw, this is LC from Love is Blind. Feel free to DM me on Instagram if you would like more information! But I definitely just broke it off with mark so I really do appreciate you posting this and saving me the energy on dating another liar,’ she wrote.

Moderators confirmed from her other social media accounts that it was LC posting, and she later commented that she messaged the original poster. 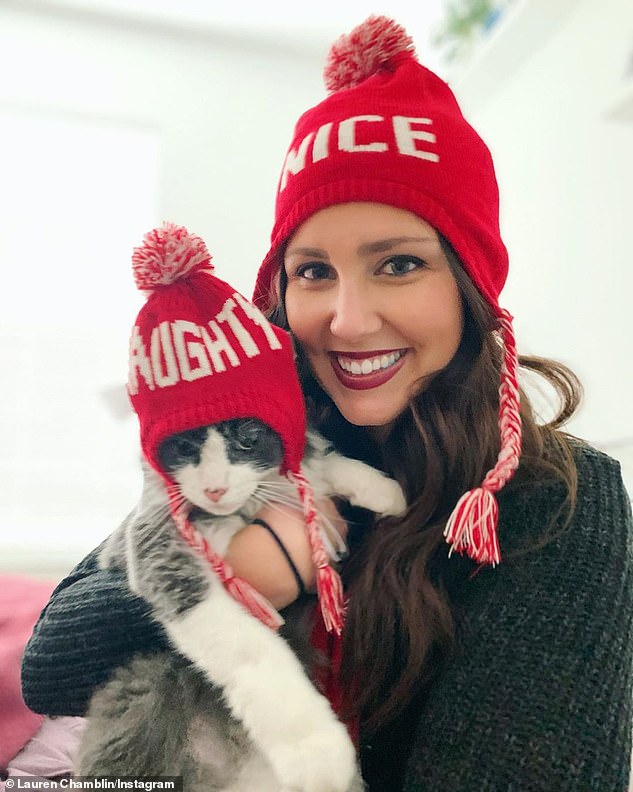 Deceit: LC commented on the original post and said she though Mark was exclusive with her due to COVID-19 fears

Later, she gave her fans some additional details about her relationship with Mark.

According to her, the two weren’t calling themselves boyfriend and girlfriend, but they were being exclusive due to COVID-19 fears.

‘I was SUPER clear from the first time we hung out that I wasn’t looking for a hookup and he assured me he’s “not that kind of guy” and was “only interested in me” and would say things like “What are you so afraid of with me? I’m not going anywhere, LC. That’s not who I am.” (LOL),’ she wrote.

‘The best part is, he let me drop him off and pick him up from the airport where he knew he was going to be hanging out with this girl. That’s where these pics are from.

‘He even told me he “randomly” went to Cleveland for “no reason” and showed me videos of him at top golf (where these pics are from in the op). The day he got back from this trip I picked him up and we went to dinner,’ she continued.

‘He asked me how I was feeling about him and he sat there and smiled as I went on about how I thought he was the sweetest guy I’ve ever been with and how lucky I was, KNOWING he was just with this girl probably less than 24 hrs prior.’

Even after she bluntly asked him if he was still dating other women, he told her he only had eyes for her.

Mark later denied the two were exclusive in a statement to E! News.

‘I enjoyed spending time with LC for a few weeks, but at no point were we in an exclusive relationship, as LC confirmed herself. I wish her the absolute best,’ he said. 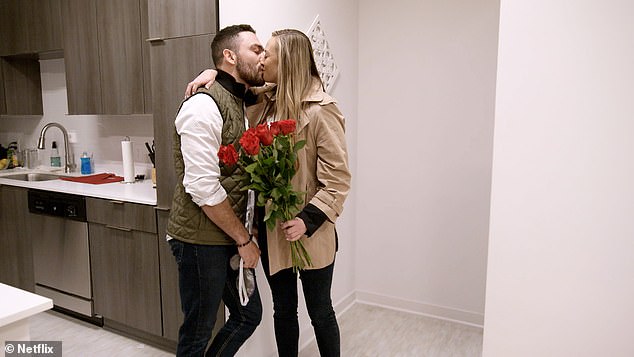 So close: Mark nearly ended up with Jessica Batten on Love Is Blind after getting engaged to her on the show; still from Love Is Blind 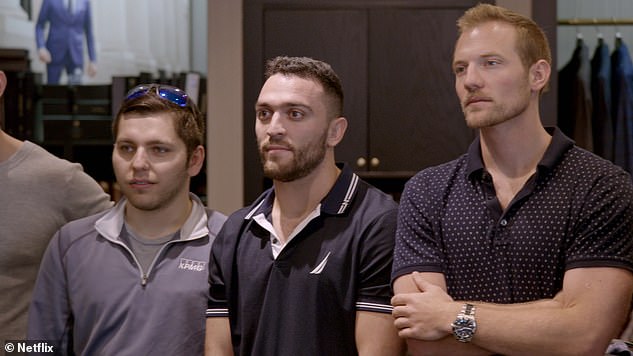 Complicated: However, Jessica left him at the altar. She was previously seen flirting with Matt Barnett, who was engaged to (and later married) Amber Pike

Mark’s relationship announcement was surprisingly timed, coming just a day after his Love Is Blind fiancée Jessica Batten revealed she was in a new relationship with Dr. Benjamin McGrath.

Jessica was nicknamed ‘Messica’ online due to her drunken behavior on the series.

Despite being engaged to Mark, she appeared to be flirting with her costar Matt Barnett, who was engaged to (and later married) Amber Pike.

She also outraged viewers when she allowed her dog to drink from her wine glass — then went back to drinking it herself.

Jessica and Mark’s relationship imploded when she left him standing at the altar, though she later claimed that she wasn’t allowed to quit earlier in the series. 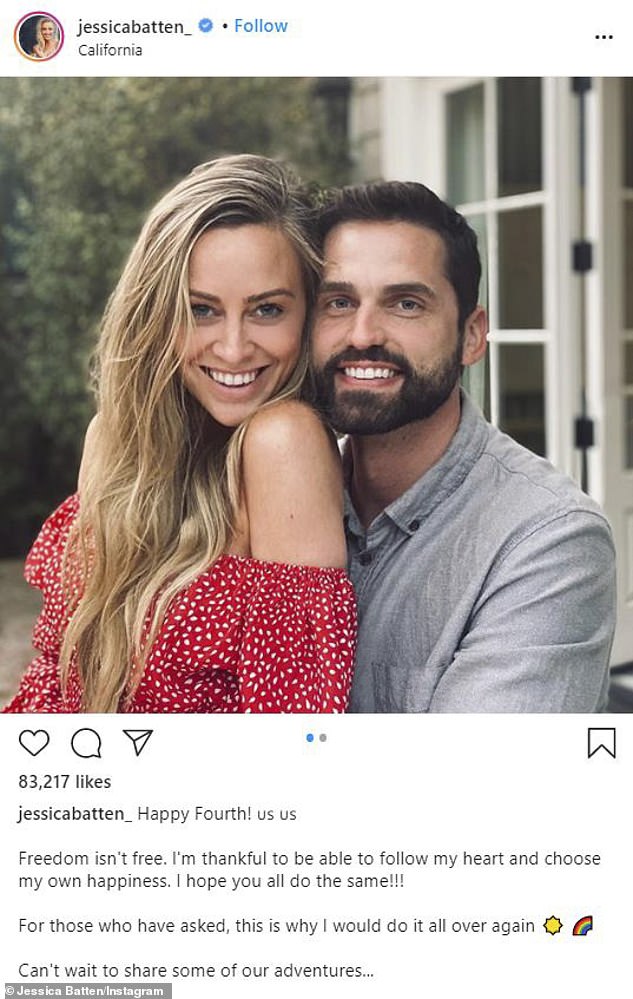