Fans were left disappointed to see Danny Dyer had jetted off on holiday instead of heading to the Love Island villa for a personal appearance alongside his daughter Dani.

But despite his absence, the EastEnders star has made sure to show his support for Dani, congratulating her on winning the ITV2 dating show’s 2018 series while on board a theme park ride in Orlando, Florida.

Taking to Instagram, Danny joked that he ‘couldn’t wait’ to see his daughter while filming himself on the attraction with wife Joanne Mas in the hilarious clip.

Monday night marked the end of Love Island’s fourth series, with host Caroline Flack announcing to viewers at home that Dani and her boyfriend Jack Fincham, who had coupled up from the get go, had won the series’ title and the £50,000 cash prize.

Despite currently being in Orlando, Danny was quick to hear the good news and made sure to congratulate his daughter via social media. Choosing to address her win mid-ride, Danny filmed himself and wife Joanne showering Dani with praise.

The actor gushed: ‘Dan you’ve only gone and done it,’ before joking that the ride would whisk them home to see her, adding: ‘Listen, we can’ wait we’re coming to see you,’ and screaming with delight down the camera. 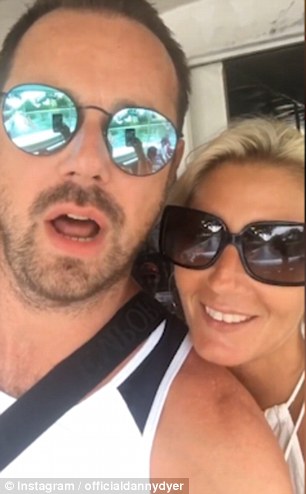 Proud: Danny Dyer made sure to show his support for daughter Dani, congratulating her on winning Love Island 2018 while on board a theme park ride in Orlando, Florida 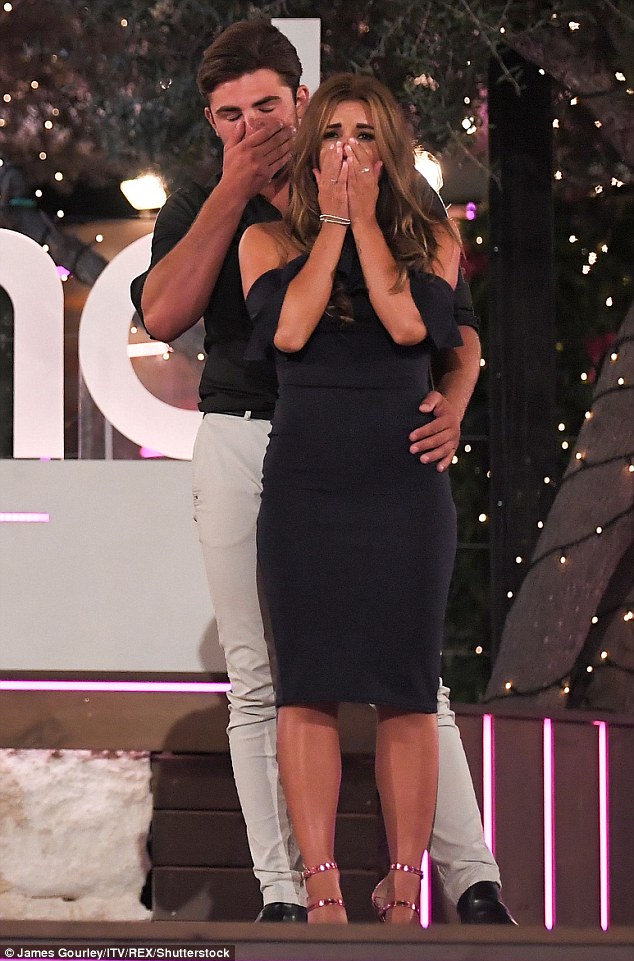 Victorious: Caroline Flack revealed that Dani and her boyfriend Jack Fincham had beaten their fellow finalists to the Love Island title during the show’s live final

Predicting that Dani would be victorious, Danny had uploaded another video prior to his congratulatory clip, insisting that his little girl had ‘won already’ on the show, despite the result.

Cheering her on from his holiday, Danny shouted: ‘Message for Dani Dyer in the final of Love Island… babe you’ve won already.’

Dani had been an original contestant on the hit dating show, along with beau Jack, with the duo striking up a romance from the beginning of the series.

Despite a number of testing times during the show, that saw Jack come face-to-face with an ex-girlfriend and Dani struggle with her beau’s past infidelities, the couple’s relationship persevered and they quickly became show favourites. 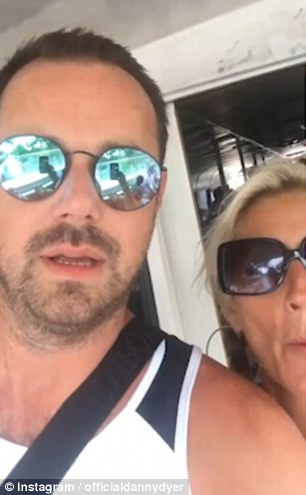 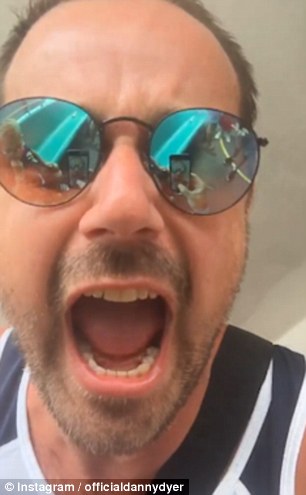 Confident: Predicting that Dani would be victorious, Danny had uploaded another video insisting that his little girl had ‘won already’ on the show ahead of the live results 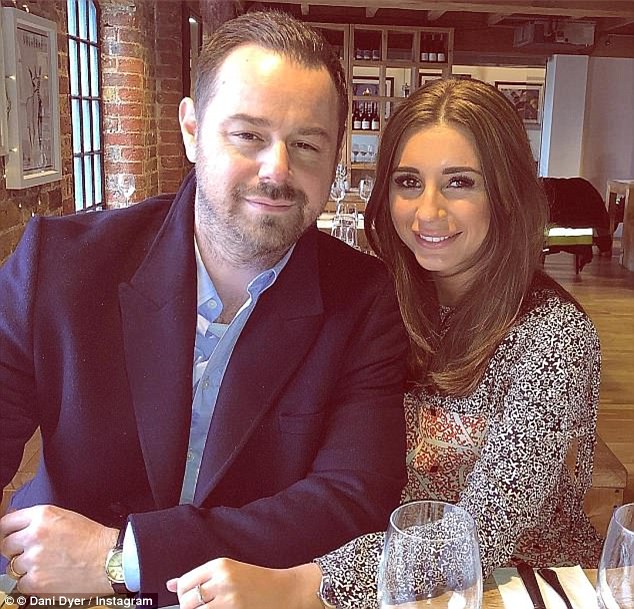 Like father, like daughter: Dani has followed in her actor dad’s footsteps and has now found herself launched into the spotlight after joining the lineup for this year’s Love Island series

The grand final saw Jack and Dani exchange emotional declarations of love during their last night together in the villa, with Dani telling her boyfriend: ‘Jack, when I first entered the villa eight weeks ago, I never imagined that in a million years I would have met someone as special as you.

‘From our first date together on the beach, to our trip in a hot air balloon, we have already made so many special memories, and I can’t wait for even more.

‘I have had the Summer of my life in here and I owe so much of that to you Jack.’

Attempting to hold back the tears, Jack couldn’t help but gush over Dani and insisted that she’s changed him for the better. 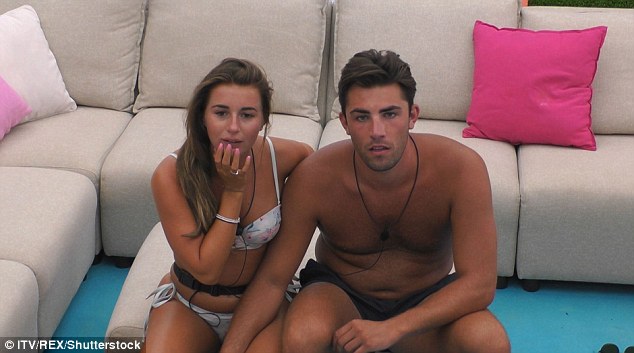 Favourites: She quickly struck up a romance with Kent lad Jack – with the couple’s relationship withstanding the entire series 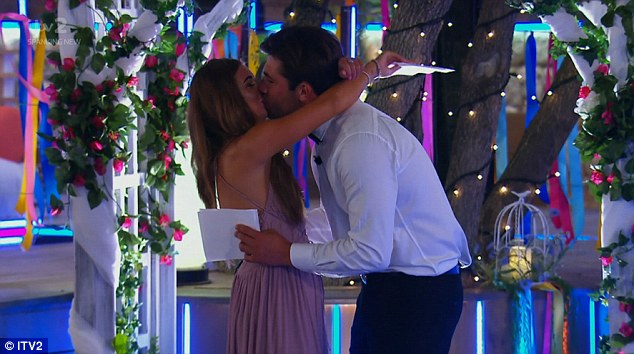 Wedding bells? Dani and Jack gave viewers of the ITV2 show a glimpse at what their wedding could look like during Monday’s grand finale

‘You are everything that I’ve ever wanted in a girl,’ he said choking up. ‘Getting to know you and fall in love with you has been one of the most wonderful things to ever happen in my life.’

‘Firstly, you are an absolute sort. You are so caring and selfless, you have such a beautiful smile…when I see you happy, it makes me feel a way that I’ve never felt about someone before.’

The couple were later crowned the winners of Love Island, beating Laura and Paul to the title, with Josh and Kaz finishing in third place and Wes and Megan becoming the first couple to be eliminated in fourth. 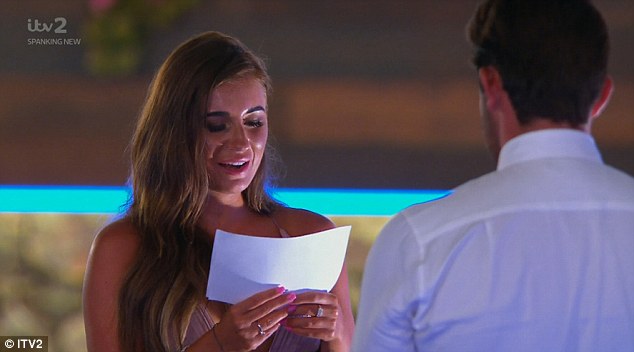 Emotional: As the couple exchanged emotional declarations of love during their final night in the villa, teary-eyed fans declared it felt like the lovebirds were saying their vows 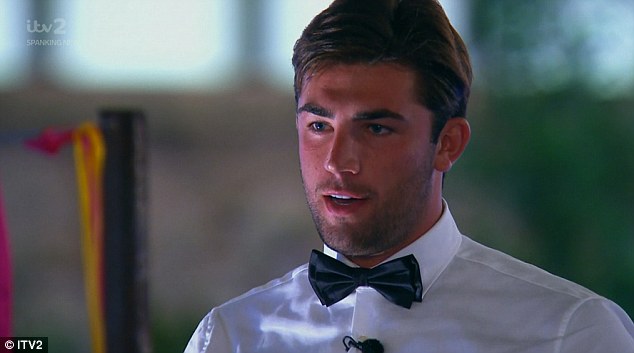 Teary The loved-up duo, who have been together since the show’s first coupling, were filled with emotion 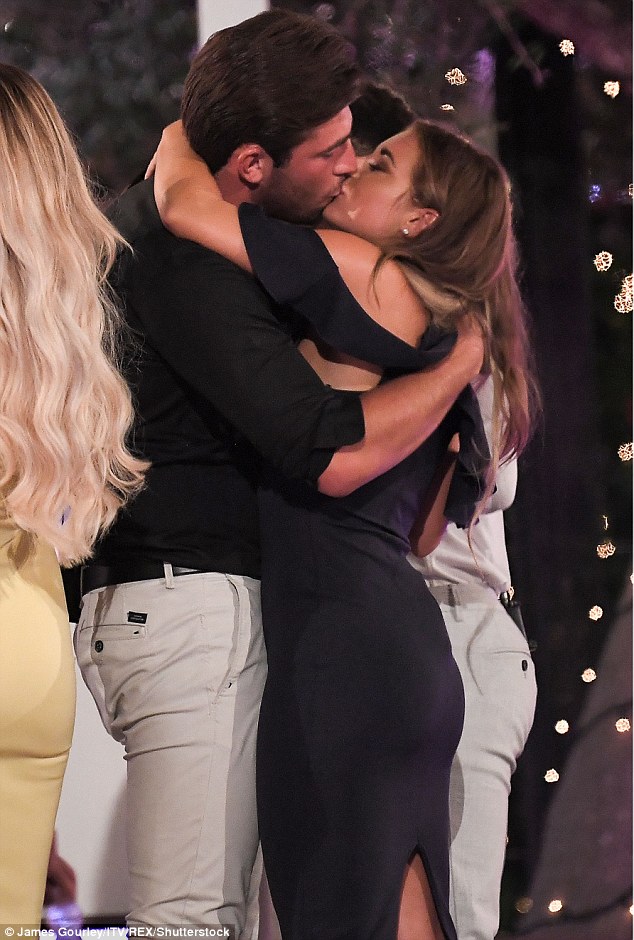 Sealed with a kiss: The couple packed on the PDA as they celebrated their win

Despite the couples meeting each other’s parents on the show, Jack is still yet to meet Dani’s parents in person, as her famous father Danny and mother Joanne had instead appeared via video link, after jetting off to the US.

Danny made sure to give Jack his approval during the call, with the soap star and wife Joanne telling daughter Dani how ‘proud’ they were of her during her Love Island appearance.

Dani’s grandparents had instead joined Jack’s mum and brother in the villa during the Meet The Parents episode.

Speaking ahead of the final result being announced live on air, Jack cheekily revealed his hopes to bed girlfriend Dani, after the couple had refrained from having sex on camera for eight weeks despite sharing a bed every night.

After being crowned the winners, Jack and Dani were handed two envelopes, with Jack receiving the £50k cash prize in his and Dani receiving nothing.

The reality star was then forced to decide whether to keep the cash for himself or split the prize fund with girlfriend Dani, with Jack choosing to share the money between himself and his new love. 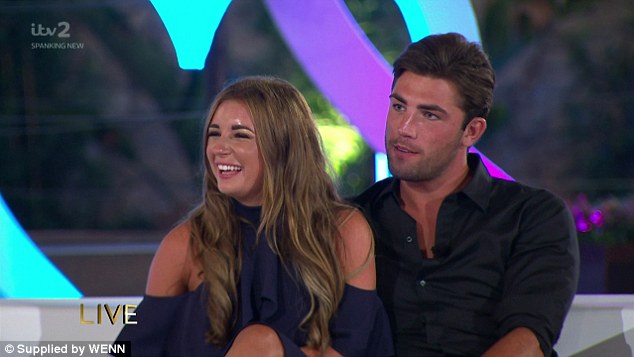 Saucy: Jack cheekily revealed his hopes to bed girlfriend Dani, after the couple had refrained from having sex on camera for eight weeks despite sharing a bed every night