Love Island bosses have warned viewers to ‘think before you post’ during the new series.

The ITV2 dating show is to make a long-awaited return next Monday after being cancelled last year due to coronavirus; and a social media message shared by the producers has issued a warning to fans in advance.

The series has become known to attract trolls online, and many former Islanders have slammed the show, claiming they have suffered with mental health issues after taking part on it.

Two past contestants have died by suicide, with the show’s former host Caroline Flack also taking her life.

A message on the programme’s Instagram account read: ‘You’ve got a text! These Islanders are all single and ready to find love. We can’t wait to watch them get to know each other, date, and maybe even find the one.

‘We’re so grateful they’re letting us follow their journey this summer. We hope you enjoy the show, but please think before you post.’ 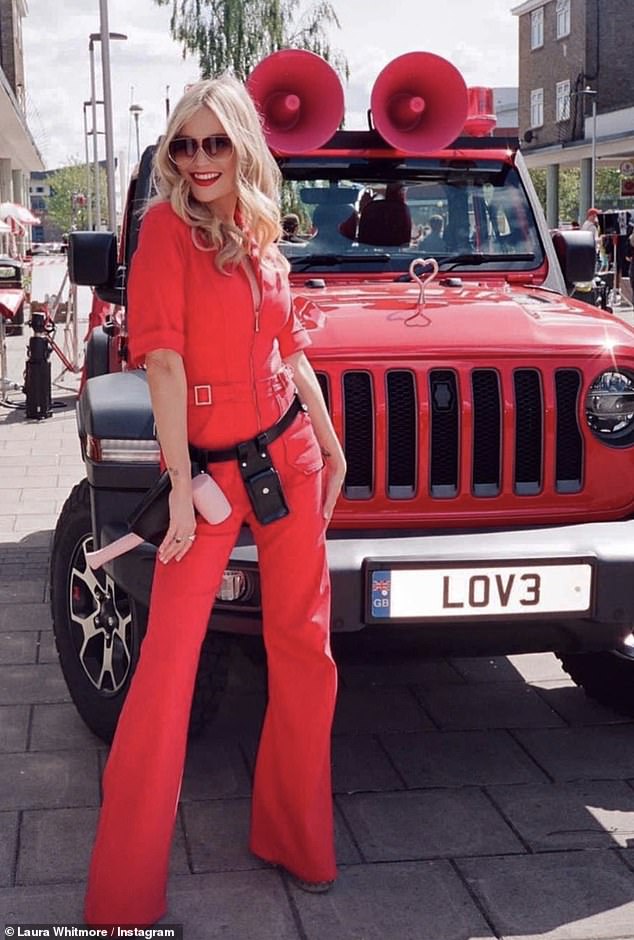 Sophie Gradon, who was 32, died by suicide in 2018, as did Mike Thalassitis, who was 26, a year later after both taking part on Love Island. Caroline took her life in February 2020 – she was 40-years-old.

Dr. Paul Litchfield – who ITV appointed in 2018 to review the show’s participant welfare processes – said: ‘Society’s appreciation of the importance of mental health and wellbeing has grown enormously in recent years and the pandemic has brought that into even sharper focus.

‘Reducing the risk of harm, where possible, is an imperative but promoting good mental health is also necessary. 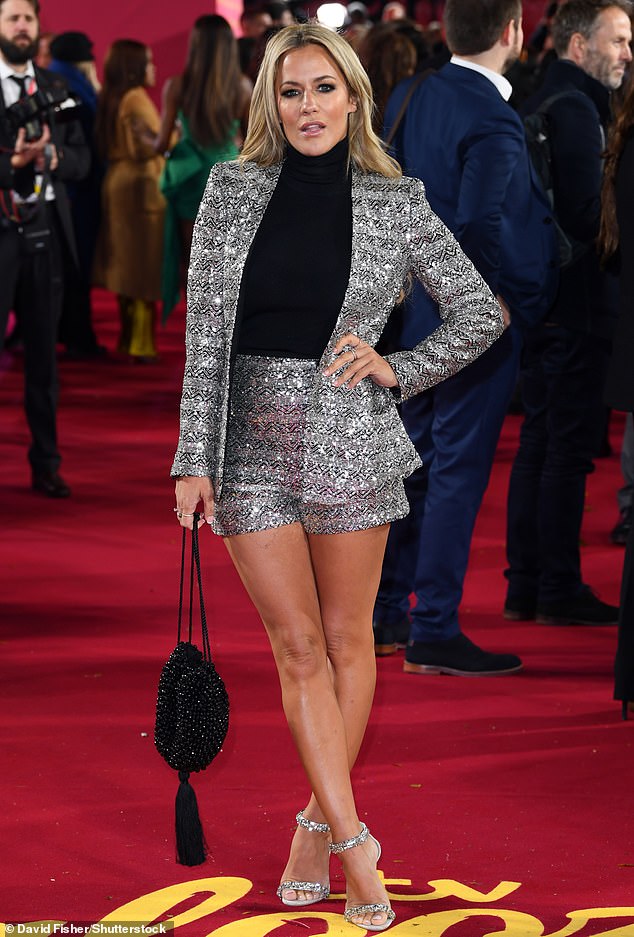 Tragic: Two past contestants have died by suicide, with the show’s former host Caroline Flack also taking her life (pictured in 2019, three months before her death)

‘ITV’s evolving commitment to these issues, backed up by tangible action, is an example to others in the industry and beyond.’

There will also be ‘detailed conversations’ with contestants about the ‘impact of participation on the show’, as well as a ‘proactive aftercare package’ which promises to support Islanders once filming has ended with ‘proactive contact’ and extra support where necessary. 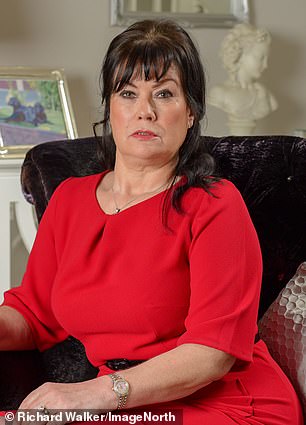 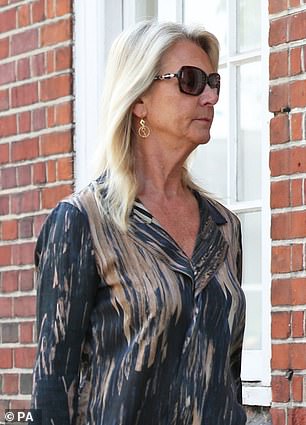 Cancel it: This comes after the mothers of Sophie and Mike warned the new cast to ‘walk away now before it’s too late’

ITV has confirmed that registered mental health professionals will be available for Love Island stars throughout the entire series, from pre-filming, during the show itself and as part of the aftercare.

What’s more, there will be a welfare team during and after the show, and the senior team in Majorca has mental health first aid training.

This comes after the mothers of Sophie and Mike warned the new cast to ‘walk away now before it’s too late’.

Sophie’s mum Deborah, 62, called for disciplinary action against ITV and demanded that the seventh series of the show – scheduled to air on June 28 – be cancelled. 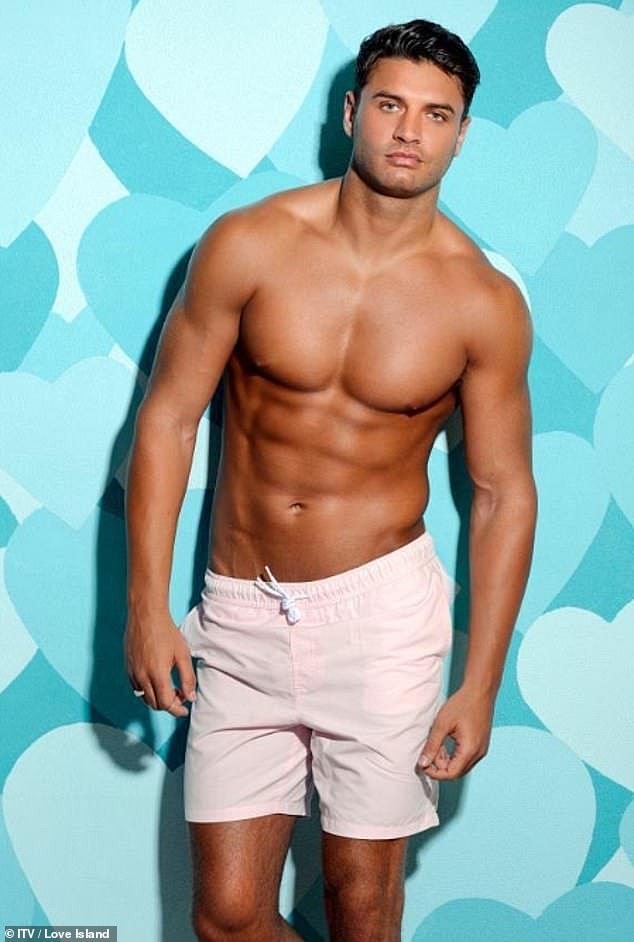 She said to The Sunday Mirror on Saturday: ‘It’s a disgrace that they should be allowed to bring it back after three adored, precious people with connections to the show have taken their own lives.’

Deborah and Mike’s mum Shirley met for the first time this week at The Mayfair Hotel in London.

In emotional scenes, both women broke down in tears as they consoled one another for the loss of their children. 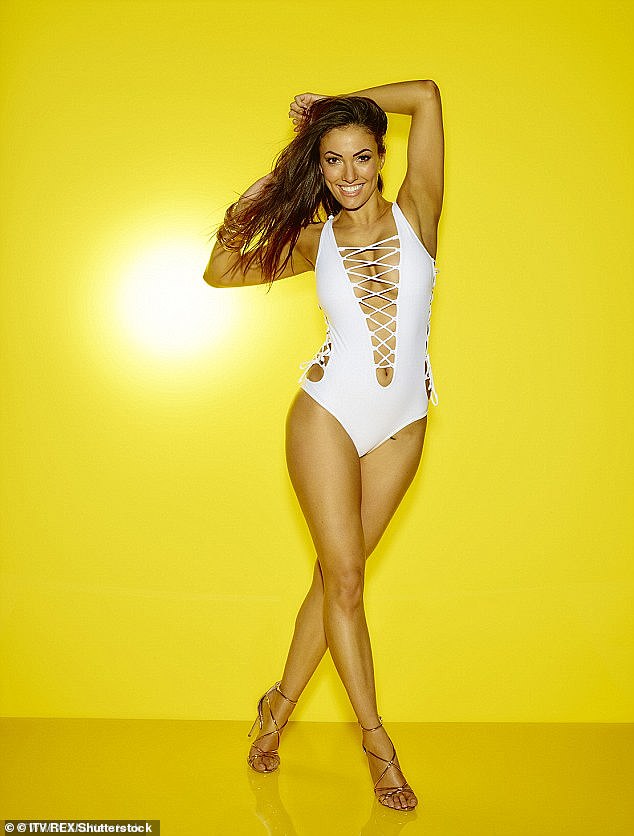 Heartbreaking: Deborah’s daughter Sophie died by suicide in 2018 after being a contestant on the show in 2016

Deborah tearfully told Shirley: ‘I’ve wanted you to know I’ve been thinking of you for so long.’

The mothers also revealed that neither of them can stand to watch the show, with Deborah admitting even the theme tune makes her feel sick.

She also slammed the way she thinks ITV select contestants through social media and cause drama for ratings.

Deborah claimed her much-loved daughter Sophie was never the same again after taking part in the reality series.

She warned the upcoming contestants of this year’s series: ‘They don’t understand just how much the overnight fame and the trolling can affect them. They should walk away before it’s too late,’ she added. 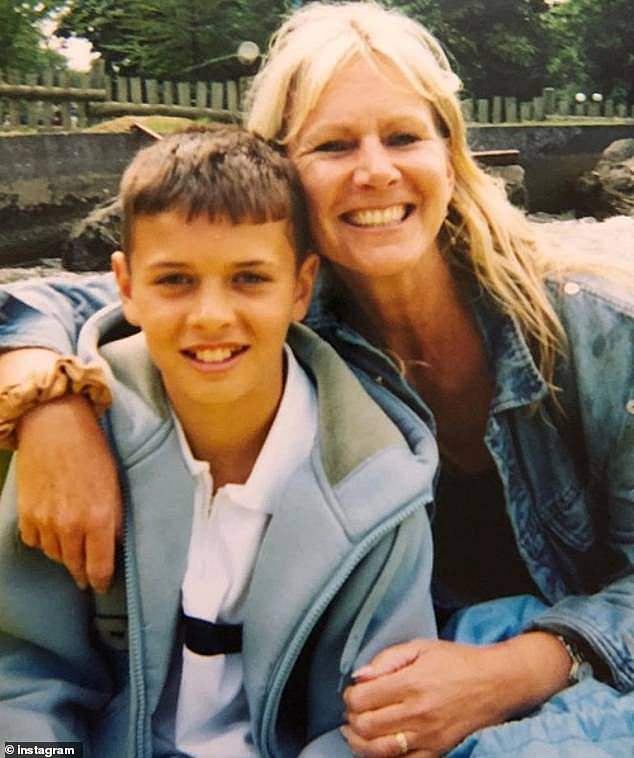 Deborah said: ‘It’s a disgrace that they should be allowed to bring it back after three adored, precious people with connections to the show have taken their own lives’ (pictured: Mike with Shirley)

Together, Deborah and Shirley combed ITV’s plan for a new Love Island safeguarding package that they’re introducing this year.

Contestants will now receive in-depth press training and professional advice on how to deal with comments from trolls.

Additionally, they’ll receive financial guidance so they don’t spend all of their prize money or later earnings. 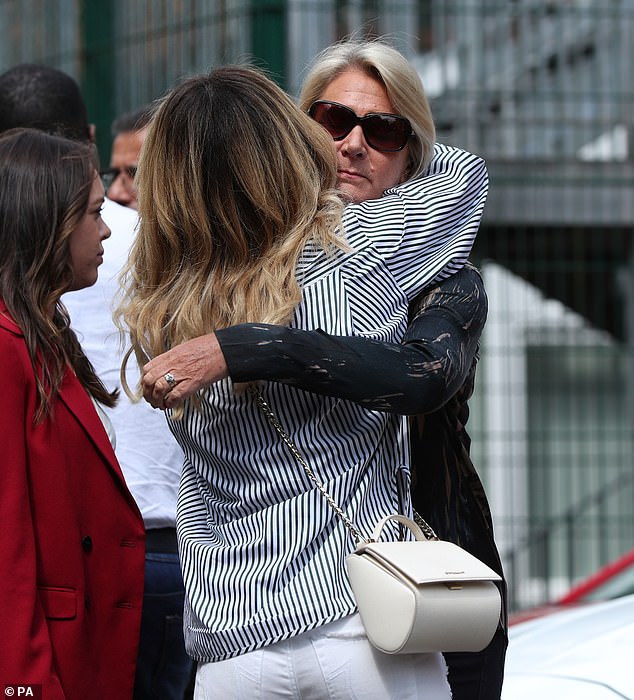 At the meeting: Deborah and Shirley combed ITV’s plan for a new Love Island safeguarding package that they’re introducing this year (pictured: Montana Brown hugging Shirley at the inquest into Mike’s death in 2019)

The channel will also offer Islanders a 14-month-long ‘proactive aftercare package’, which will include at least eight sessions with a therapist.

However, Deborah has dismissed the new measures and expressed her concern that execs can’t predict how taking part in the show can affect contestants.

She also added she wouldn’t be happy until the show was taken off television completely. 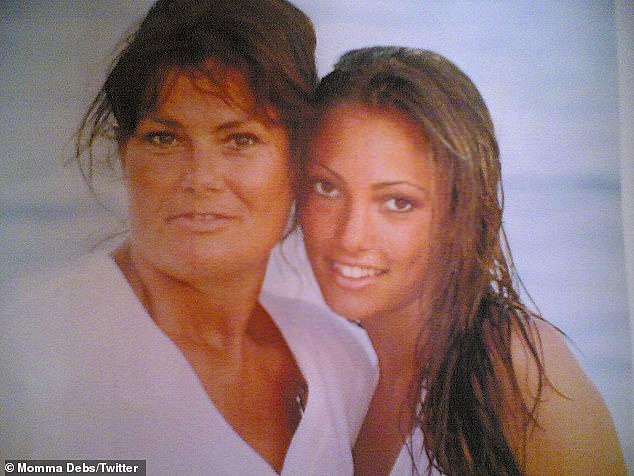 Family: Sophie’s mum Deborah previously revealed she’s got a brain tumour, saying it could have been caused by the ‘stress’ of her daughter’s tragic death (pictured together)

It comes after Deborah revealed earlier this year that she’d been diagnosed with a brain tumour that had been linked to her daughter’s death.

Deborah spoke about her health issues and admitted that every day since her daughter died has been ‘agony’ in a candid interview with The Mirror.

Deborah explained that in the years following Sophie’s death she started suffering from blurred vision and a loss of balance so went to see a specialist.

She said: ‘I was told I had an endocrine tumour in my pituitary gland in my brain. He said it could well have been due to the stress of everything.’

Although not cancerous, Deborah said the tumour’s position makes it dangerous and she often suffers from chronic fatigue. 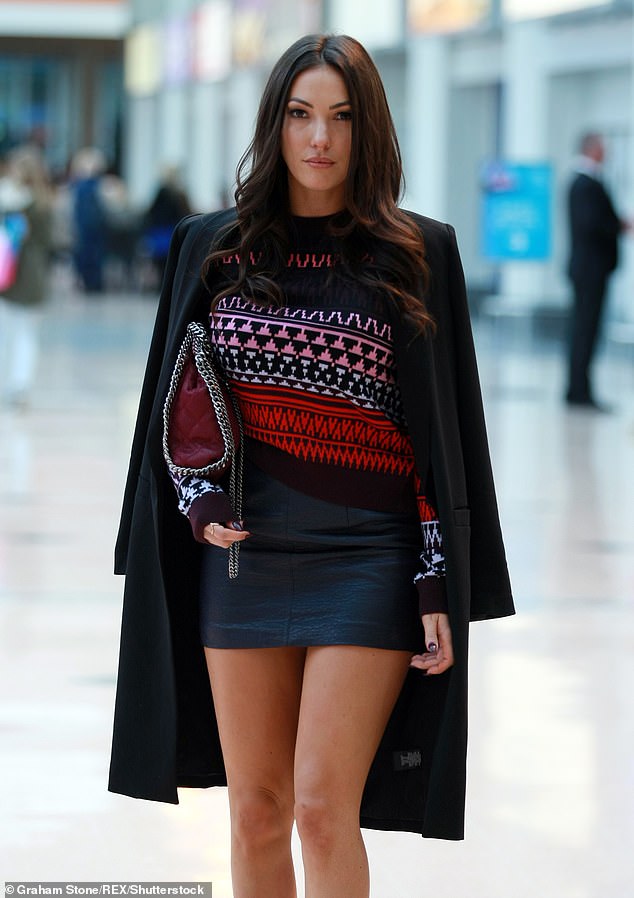 Emotional: Reflecting on the loss of her daughter (pictured in 2016), Deborah said ‘every day is agony’

The grieving mother also candidly spoke about life without Sophie, saying that each day is a struggle but she keeps going as she wants to tackle trolls.

Reflecting on the awful loss, Deborah told the publication: ‘Every day is agony. The pain is visceral. You almost lose your mind and don’t know who you are any more.

‘I don’t want Sophie’s death to be in vain… the Government needs to do more. If a beautiful, clever girl can be destroyed by public humiliation, then anyone can.’

She added that she thinks trolls should be named and shamed after sending cruel messages and put on a trolls register. 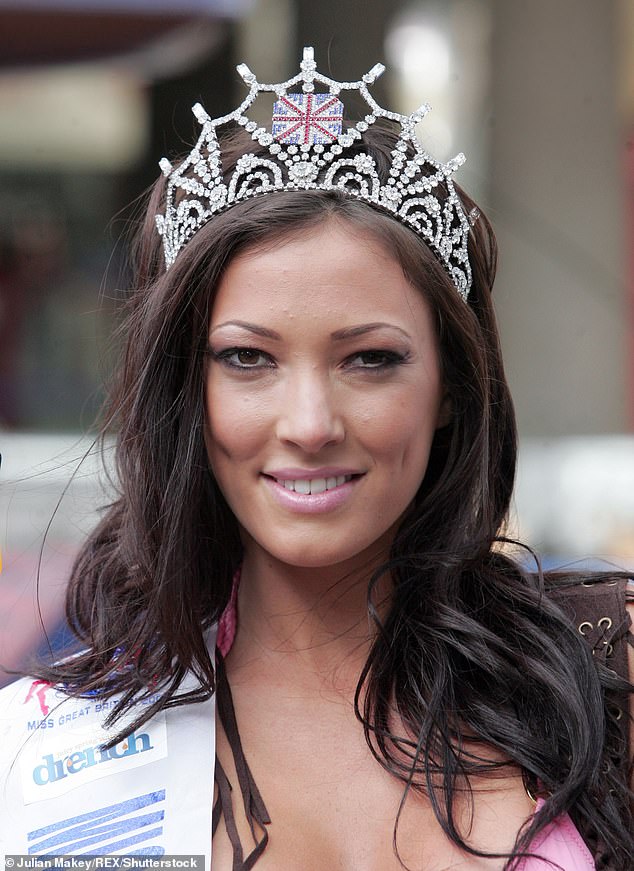 Struggle: Deborah said that Sophie (pictured in 2009)  revealed to her she needed counselling when on Love Island but was told she could have just 10 minutes on a Skype call

Deborah claimed that Sophie revealed to her she needed counselling when on Love Island but was told she could have just 10 minutes on a Skype call.

She claimed that the guidelines on the show as just ‘smoke and mirrors’, adding that Sophie was on sertraline for bipolar depression and ‘vulnerable’.

A Love Island spokesperson told MailOnline: ‘Welfare and duty of care towards our contributors is always our primary concern, and we have extensive measures in place to support the islanders before, during and after their participation on the show. 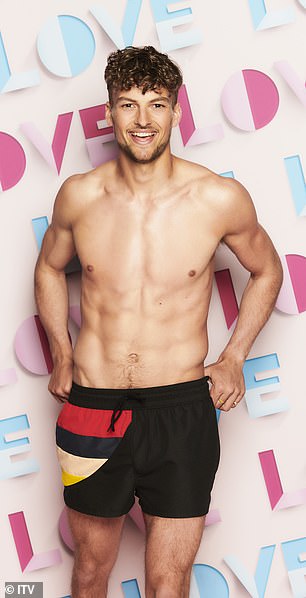 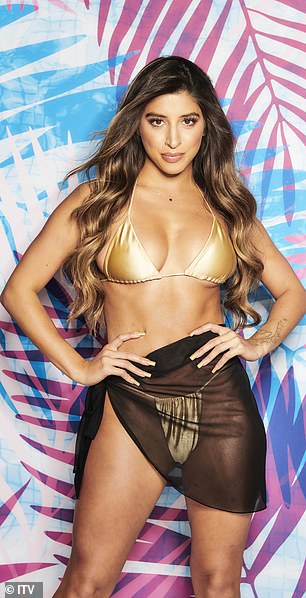 Line-up: This year’s contestants are being announced across the day on Monday. Pictured are Hugo Hammond and Shannon Singh

‘We have continued to evolve our process with each series, as the level of social media and media attention around the islanders has increased, which includes enhanced psychological support, more detailed conversations with potential Islanders regarding the impact of participation on the show, bespoke training for all Islanders on social media and a proactive aftercare package.’

Love Island has not aired since February 2020 after both the summer 2020 and winter 2021 editions were cancelled due to the coronavirus pandemic.

The new series is rumoured to be the ‘biggest in history’, as ITV bosses gear up for the highly anticipated comeback.

For confidential support call the Samaritans on 116123 or visit a local Samaritans branch, or see samaritans.org for details 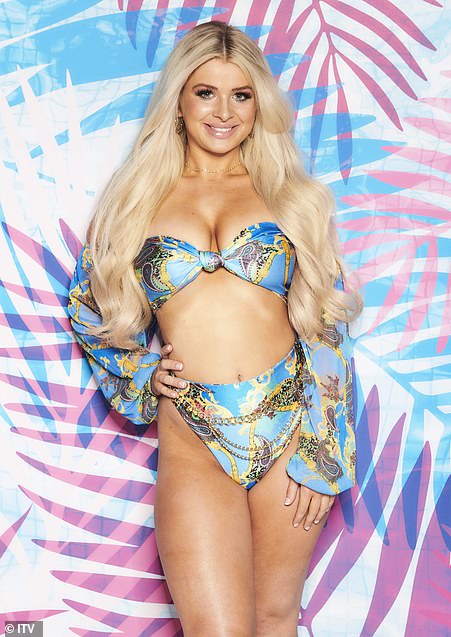 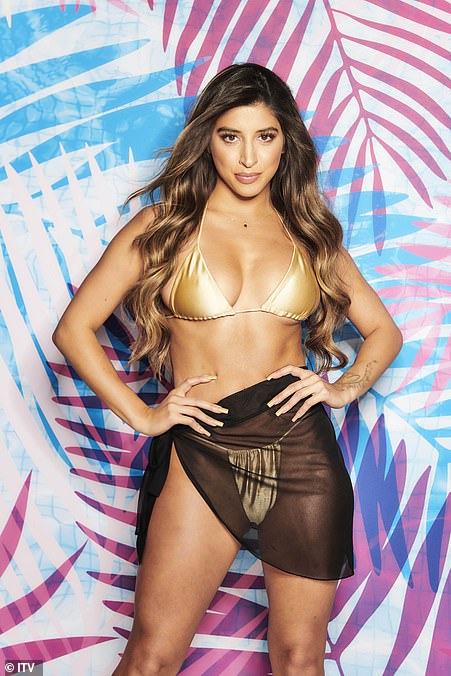 Who is their type on paper? ‘I don’t feed off looks, I feed off energy, I need someone with personality. Just someone I can have fun with. I’m a party girl, I love going out, I’m very social. For me it’s quite hard to find people who are genuine and looking for what you’re looking for.

‘I’m not just going to go with anyone because they’re convenient. I need to make sure they’re for me. Looks – obviously, they’ve got to be handsome, but if he’s a handsome hunk but it’s like talking to a brick wall and I’d rather watch paint dry, it’s not going to be great.