Former Love Island star Sophie Gradon hanged herself following a cocaine and alcohol binge hours after revealing she was ‘struggling with the world’ and wanted to ‘escape’, an inquest heard today.

The 32-year-old sent haunting messages to a friend on the day of her death revealing she had been ‘devastated’ by the death of close friend Paul Burns, who had ‘previously saved her from suicide’.

She was found by her boyfriend Aaron Armstrong and his brother Ryan at her home in Ponteland, Northumberland, last June, after they forced their way through the front door.  Mr Armstrong, 25, was found dead at his home just 20 days later in the same circumstances.

The inquest heard the last person she spoke to on the day of her death was friend Sondeep Gill, whom she told she was having ‘suicidal thoughts’ since Mr Burns’ death.

Miss Gradon’s parents did not attend the inquest after previously asking for it to be halted in favour of a new investigation. They have been adamant their daughter did not kill herself and dispute the official findings.

Coroner Eric Armstrong, sitting in North Shields, North Tyneside, ruled out third party involvement and added the combination of drink and drugs makes someone ’16 times more likely to kill themselves’, according to research in the US.

Recording a conclusion that she took her own life, he added: ‘If Sophie’s death is to serve any purpose at all, that message should go out far and wide.’ 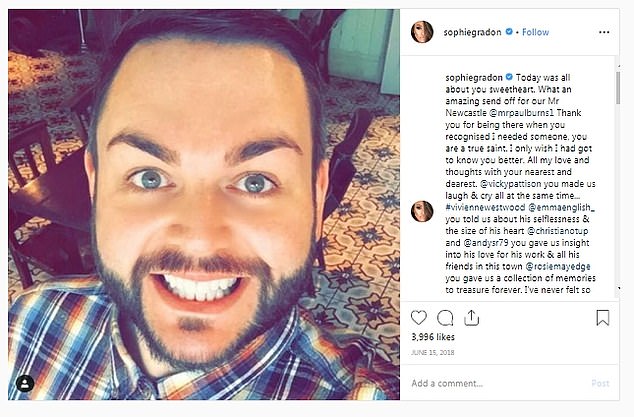 The inquest heard she had been struggling after the death of close friend Paul Burns. Mr Burns is pictured here in an Instagram tribute by Miss Gradon 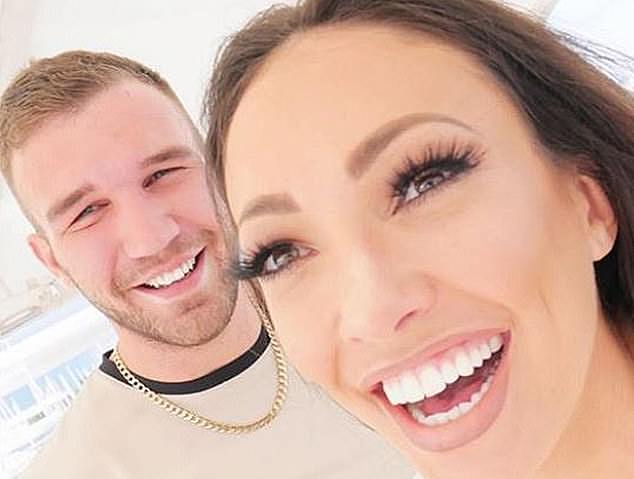 The former Love Island star, right, was found by boyfriend Aaron Armstrong, left, who himself was found dead at home 20 days later 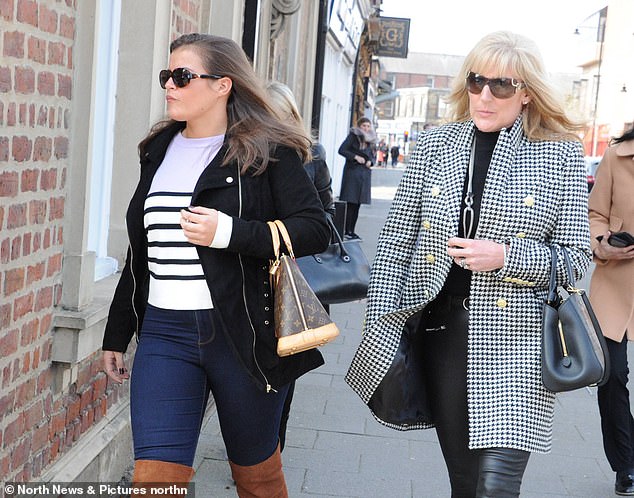 Mr Armstrong’s family, pictured, also attended the inquest today. The couple were only together for a matter of weeks 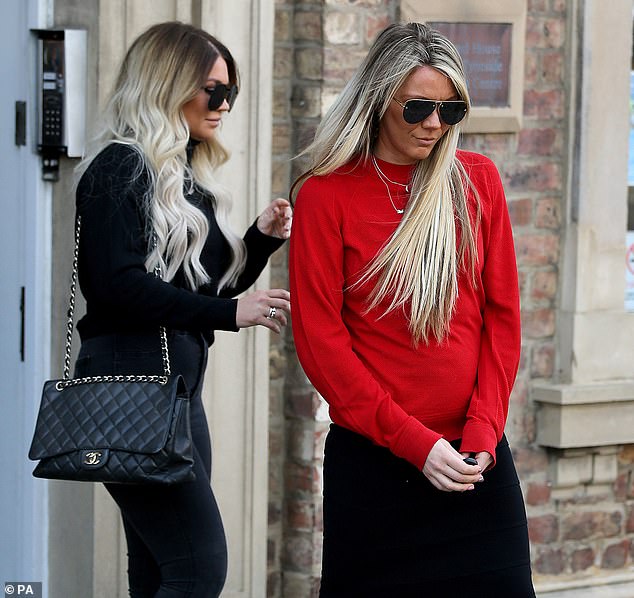 Friends of Miss Gradon Hannah McGuire, left, and Kat Milligan, right, are pictured leaving the hearing, which ruled the reality TV star took her own life

Mr Gill said he had been trying to ‘keep the conversation light’ with Miss Gradon via Instagram messages when the reality television star revealed she had been having dark thoughts.

His evidence was summarised for the hearing by Detective Sergeant Neill Jobling of Northumbria Police, who told the hearing: ‘They began to message each other and discussed Paul Burns, a friend of theirs from The Botanist pub in Newcastle who had died.

‘She told him she was having suicidal thoughts as a result of his death.’

Miss Gradon told Mr Gill that Mr Burns ‘had been there for so many people and he had stopped her from taking her own life.’ 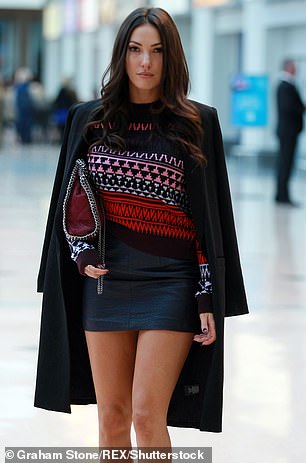 Miss Gradon, pictured, told friend Sondeep Gill she was struggling with suicidal thoughts since the death of her friend Paul Burns, the inquest heard

She later told Mr Gill: ‘I cannot do this any more I struggle every day with my ADD.’ (Attention Deficit Disorder)

Discussing her suicidal thoughts, she added: ‘I would never want to do that to my family but if I could escape I would. I cannot believe I am telling you this.’

She also told him: ‘I have been struggling with the world, no one knows why or how.’

Mr Gill told police investigators: ‘Her speech was slurred, she was repeating herself a lot and during the conversation I was worried she sounded down so I tried to keep the conversation light and told her she should go to bed.’

The conversation ended abruptly and Sondeep thought she had dropped her phone.

Today’s hearing was due to take place last month but was delayed at the family’s request, with the full agreement of the Northumberland coroner.

Her parents Colin and Deborah had demanded a new investigation into her sudden death after insisting she did not kill herself.

Mr Burns, a nightclub manager known to his friends as Mr Newcastle, died aged just 37 in June 2018 after taking ‘high levels’ of MDMA on a night out.

He was also a close friend of Geordie Shore star Vicky Pattison, who even halted her wedding plans to cope with the grief of his death. 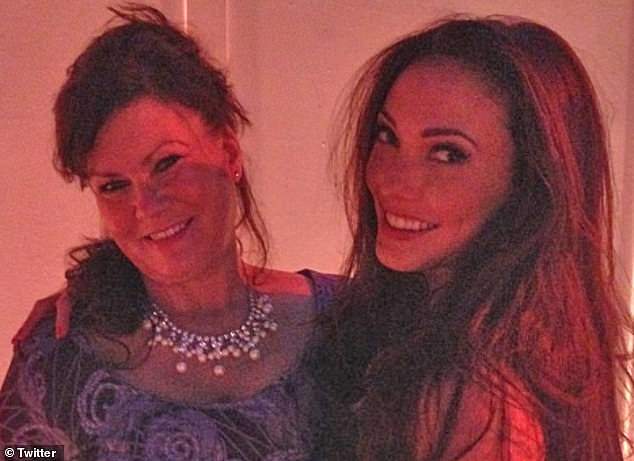 Miss Gradon pictured with her mother Deborah. Mrs Gradon and husband Colin had previously halted the inquest and had insisted she had not killed herself 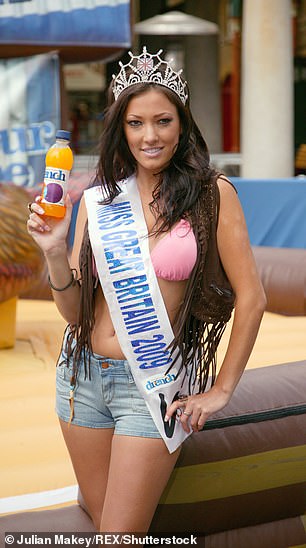 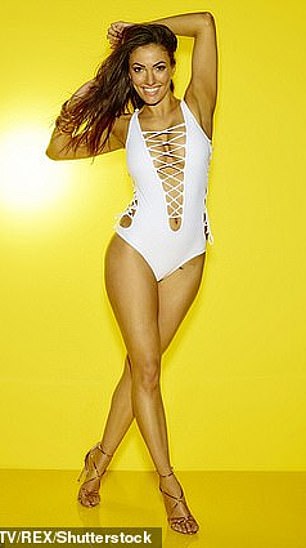 The former beauty pageant winner, left, competed on Love Island in 2016,right, and was involved in the show’s first same-sex coupling with Katy Salmon 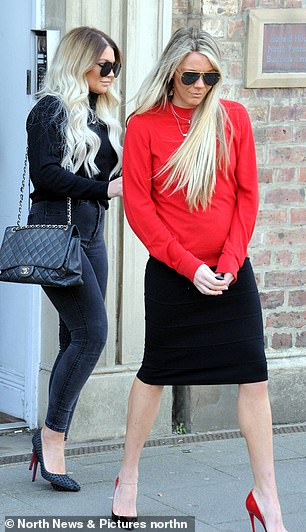 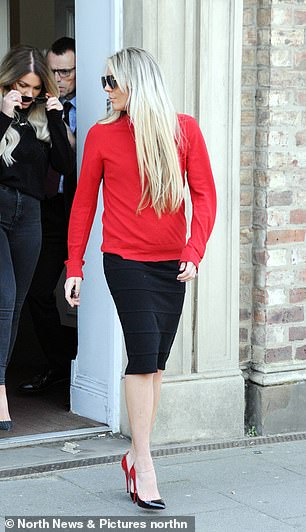 Her friends Miss McGuire, pictured in black, and Miss Milligan, in red, heard she had sent haunting messages that revealed she was ‘struggling with the world’

Miss Gradon was a former Miss Newcastle, attended Dame Allan’s private school in Newcastle and left Northumbria University with a 2:1 in media and culture.

She was a contestant in the 2016 series of Love Island, coupling with barman Tom Powell and then glamour model Katy Salmon in the show’s first same sex relationship.

Her relationship with Aaron Armstrong began a little over a month before her death and her parents didn’t get to meet him.

Following her death it was reported she had been suffering depression and financial worries and may have taken her own life, which was disputed by her parents.

Sources close to the family said they believed there was ‘nothing to support’ the suicide theory.

Miss Gradon and her boyfriend were alone in the large detached house and it is understood Mr Armstrong raised the alarm, prompting uniformed officers to attend the house.

In a statement last year her parents said: ‘Sophie spent an idyllic childhood in Gosforth, Newcastle, and then moved at the age of 10 to Ponteland in Northumberland.

‘Sophie told us she had just met someone new and had been on a lunch date with him.

‘She was excited at the prospect of starting a new relationship and it was her fullest intention to introduce us to him when the time was right.

‘At the time of Sophie’s sudden and tragic passing, she had only been involved with Armstrong for five weeks.’ 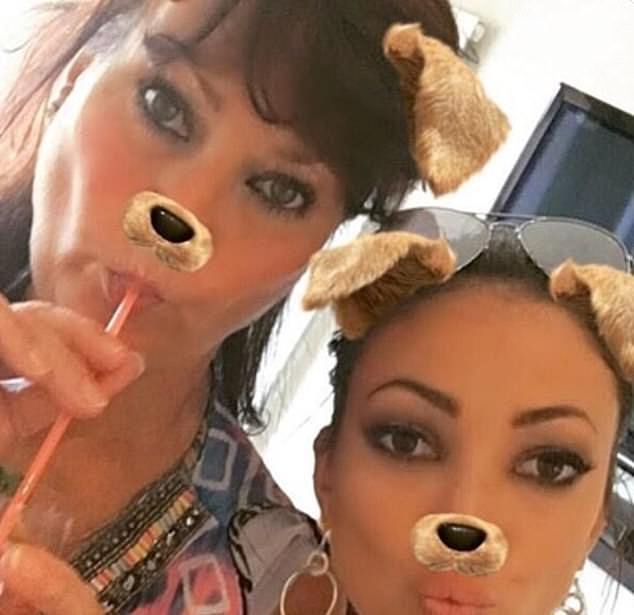 Miss Gradon’s mother, pictured left in a selfie with her daughter, previously raised concerns about information stored on Sophie’s phone that had not been extracted by police

The family previously raised concerns about information not being extracted from Miss Gradon’s phone.

Last month Mrs Gradon tweeted: ‘As the heartbroken Mother of #SophieGradon we are still waiting for an inquest date 8 months after her unexplained death. Why? Because the Police cannot open her iPhone for data extraction.’

In response, a Northumbria Police spokesman said: ‘It remains a non-suspicious death and that hasn’t changed since we first confirmed it.

‘We have kept the family updated with any enquiries we carried out as we would with any sudden death.’