Love Island contestants are handed documents warning they will ‘come under pressure’ in ways they are unlikely to have faced before, it emerged yesterday.

It is a sign that bosses on the ITV2 dating show, which is under the spotlight following the suicides of two former stars, are well aware of the risks of reality television.

The deaths raised questions about the aftercare provided to contestants once they leave the show, as they often find themselves juggling with the pressures of fame and celebrity for the first time. They will have spent up to two months on the show’s villa in Majorca, being filmed round the clock.

Mike Thalassitis, 26, who was on Love Island in 2017, was found dead in a park near his north London home in March.

Mike Thalassitis, 26, who was on Love Island in 2017, was found dead in a park near his north London home in March

She told a friend she ‘wanted to escape’ and felt anxious after ‘selling her soul’ to appear on Love Island.

Her body was found at her home in Ponteland, Northumberland, by her boyfriend Aaron Armstrong. Mr Armstrong killed himself 20 days later. 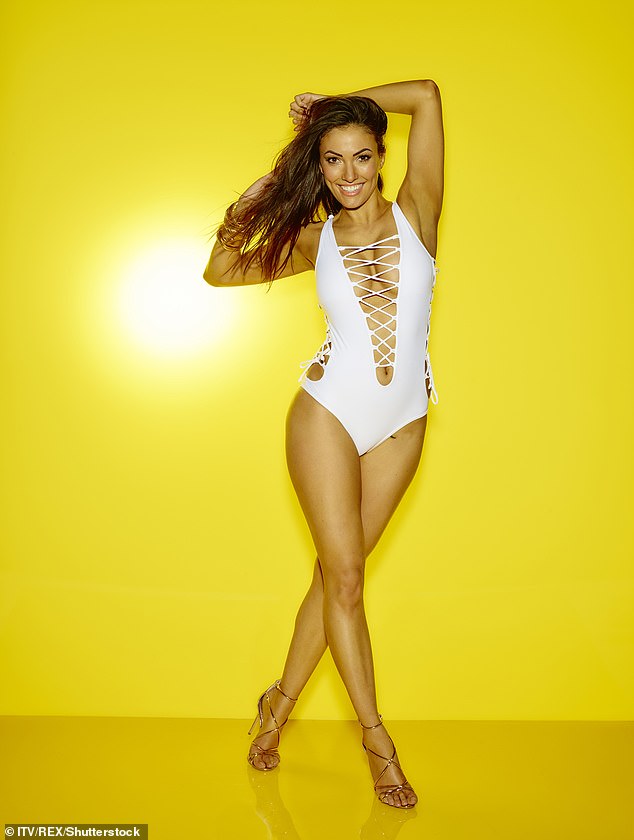 Sophie Gradon, 32, who took part in 2016, died in June last year after struggling with depression

Yesterday ITV bosses appeared before the Commons culture select committee’s inquiry into reality TV and disclosed documents that are sent to participants on Love Island and the Jeremy Kyle Show.

This included a 27-page contract containing an ‘aftercare’ form. Letters are also sent to contestants’ GPs asking whether ‘your patient has a history of suicidal ideation’.

Contestants are warned that if they do not fully disclose any mental or psychological health conditions prior to or during filming they ‘waive any rights to bring a claim against us or claim damages… based upon condition following your departure as a contestant from the main show’.

What the contestants are told

If you engage in sex we advise you to practice safe sex. However, if you engage in unsafe sex there are risks you are taking which you take full responsibility for.

Taking part in Love Island will hopefully be a very positive experience for you. However, when you resume your regular life, there are potential downsides to be aware of.

If you’re hoping that you will become famous by taking part in the show, there are no guarantees that this will happen. This is a dating show where the main goal is to find love.

You may find yourself in the public spotlight in ways that you didn’t anticipate, including press interest and negative comments on social media. You could become famous but then find that the public quickly loses interest.

Your family and friends, as well as your past actions, may also become the subject of negative press attention.