She shot to fame in the first ever series of winter Love Island earlier this year where she coupled up with Connor Durman.

And Sophie Piper looked incredible as she put on a busty display in a pink crop top while posing up a storm in workout gear on Thursday.

The reality TV star, 21, exuded confidence as she flaunted her sensational curves in the skin-tight gym set.

Wow! Sophie Piper put on a very busty display as she flaunted her ample cleavage in a pink crop top and matching gym shorts on Thursday

Sophie showcased her ample cleavage in the pastel coloured scooped bra and also flashed a glimpse of her taut midriff.

The brunette beauty matched her top to her figure-hugging shorts which accentuated her toned frame.

She wore her long locks down for the outside snap, letting her tresses cascade down her back as she focused on working all her angles for the camera. 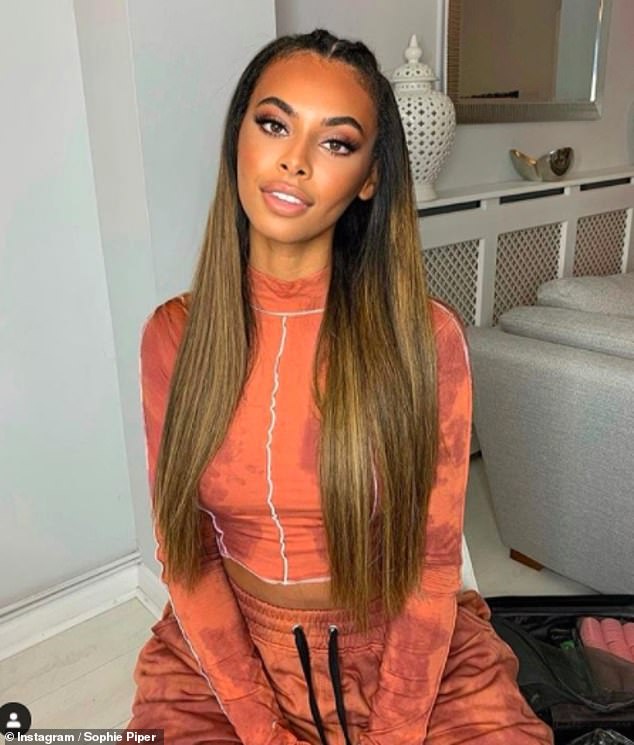 Stunning: The Love Island beauty also looked sensational in another glam snap which saw her flashing her taut midriff in a cropped high-neck top

The beauty and the coffee bean salesman, 25, met and fell for each over during the winter version of the ITV2 series in January this year, with the duo said to have taken things slowly once they got home.

However, amid the coronavirus pandemic, it was reported that the pair haven’t seen each other since lockdown began and that they never made their romance ‘official’.

A source told The Sun: ‘Things just fizzled out. They never even went official.’

They continued: ‘It just didn’t have a chance to get started because of lockdown and they both agreed it was better to just stay friends.’

When Connor was dumped from the South African villa, the pair vowed to continue their relationship once they got both got back to the UK.

MailOnline contacted Sophie’s representatives for comment at the time.

In February, Sophie insisted that she was not in a relationship with her reality co-star beau during a radio interview on Will Njobvu’s radio show on Capital XTRA alongside fellow evictee Leanne Amaning. 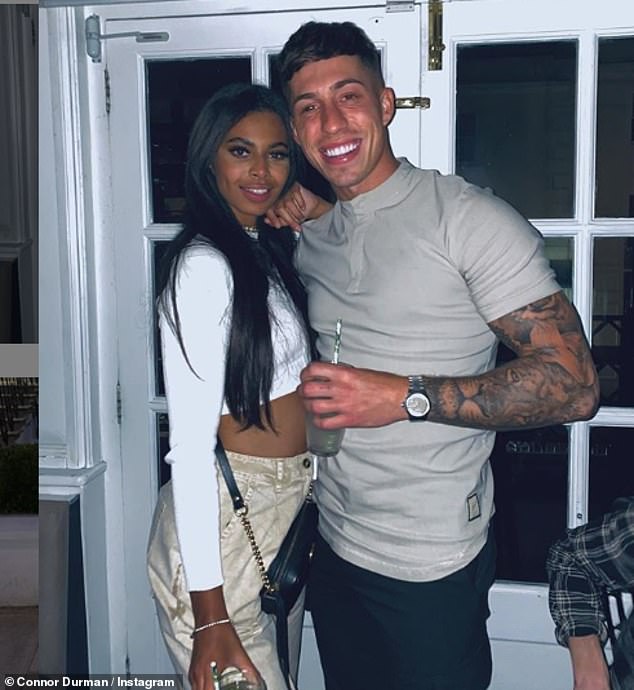 All over: Sophie and Connor Durman reportedly split just six months after leaving the villa (pictured in February)

‘No we are not together at all!’ she declared. ‘We are just seeing each other! It’s a situation-ship. I will get to know him, go on dates with him.’

Sophie, whose sister is Rochelle Humes, added: ‘He’s met both of my sisters at Aftersun the other day. I’ve met his sister. They think he’s lovely. They approve.’

Love Island has not appeared on TV screens since the winter edition in South Africa back in January, with the summer version scrapped due to the COVID-19 pandemic.

It has also been announced that there won’t be a winter edition in 2021, with an ITV statement declaring: ‘Love Island UK will return bigger and better than ever with an extended run in summer 2021.’ 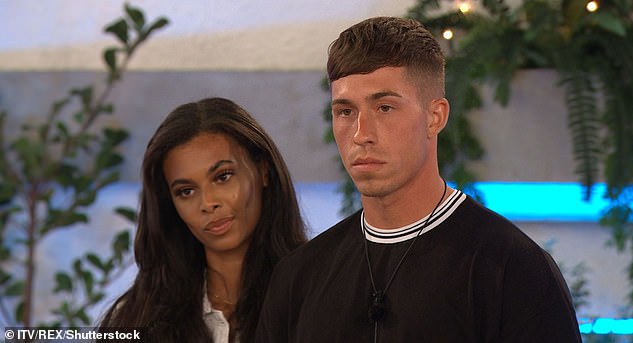 Split: The admin assistant and the coffee bean salesman, 25, met and fell for each over during the winter version of the ITV2 series in January this year, with the duo said to have taken things slowly once they got home