LuAnn de Lesseps made a bombastic return to the spotlight on Tuesday at the opening night of her New York City cabaret show two months after being arrested for drunkenly assaulting a police officer.

The Countess, as she is known to friends, performed in front of a star-studded crowd at Feinstein’s 54 Below in Manhattan, dazzling in an array of slinky gowns.

She was upstaged momentarily by her drunken co-star Sonja Morgan who struggled with the slip beneath her chainmail dress as she jived along to LuAnn’s hit Money Can’t Buy You Class during a brief cameo.

Rather than shy away from her recent arrest and impending court appearance for a felony charge which could see her jailed for five years, LuAnn made it part of her material.

‘I had a list of songs that I wanted to sing tonight but I had to reconsider most of them which were um, Jailhouse Rock, and I fought the law and the law won.

‘And Crazy, for thinking I could slip out of those handcuffs,’ she said, introducing herself to the adoring crowd.

LuAnn was charged with a felony count of resisting an officer along with misdemeanor trespassing and disorderly intoxication charges in January after a drunken Christmas Eve incident in Palm Beach, Florida, where she is said to have attacked a cop.

She spent 21 days in rehab afterwards and is due to appear before a judge again in April.

The cabaret show was scheduled before her run-in with the law and the scandal did nothing to slow ticket sales. Tuesday’s opening night was a sell out. 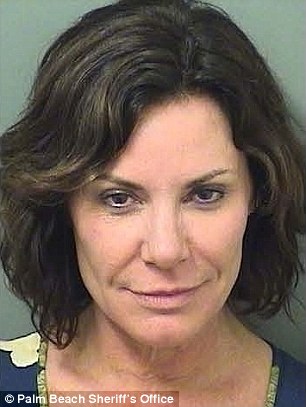 Never one to shy away from controversy, she tackled the embarrassing snafu head on, jokily singing a version of Amy Winehouse’s famous hit Rehab then interjecting: ‘Actually I really liked rehab. I really loved it.’

There was pithy reference to her ex-husband Tom D’Agostino Jr. who she divorced in September after less than a year of marriage.

The only allusion to him was a brief mention of The Regency, the Manhattan bar where he was alleged to have done most of his cheating on LuAnn during their short-lived romance.

‘Let me tell you not drinking is exhausting. I get up every morning at like 6, I go to my meetings.

‘I’m exhausted. And that’s usually when I’m getting started at the Regency!’ LuAnn joked.

Among the many guest performances was Sonja’s. 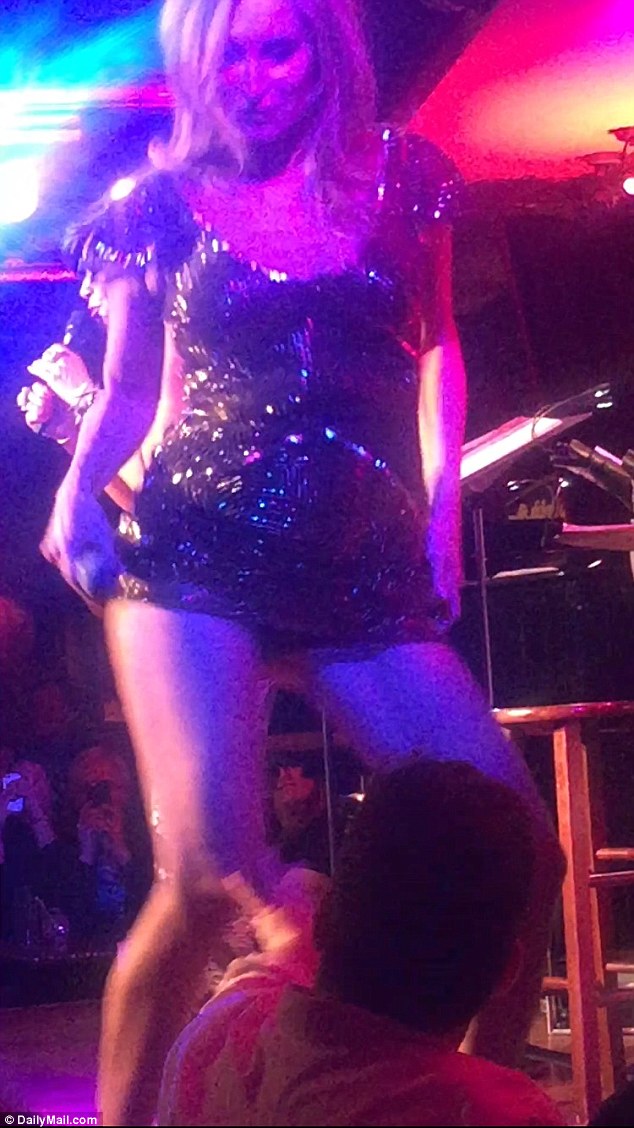 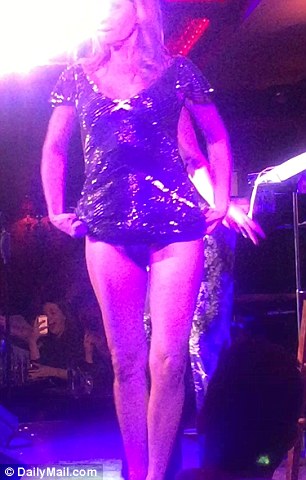 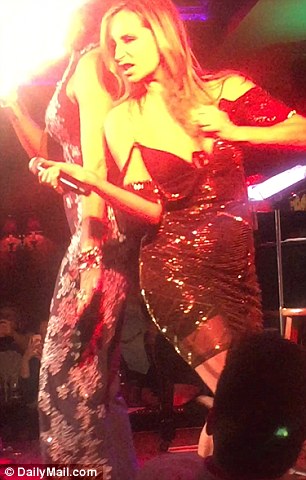 Sonja, who is arguably the most mischievous housewife and is beloved by fans for her saucy goofiness, held nothing back as she danced along while LuAnn sang 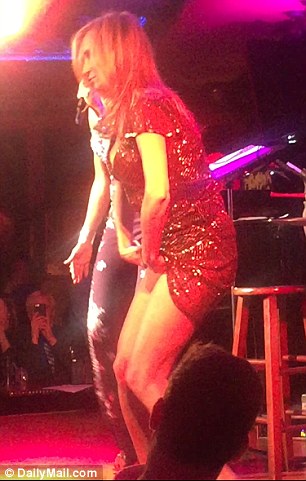 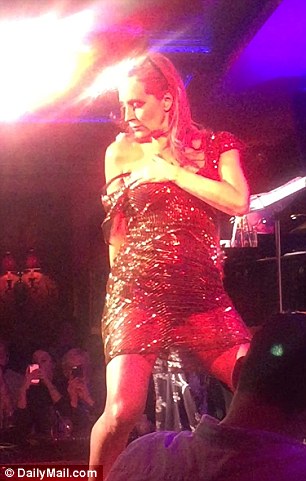 The life of the party: Sonja joked around on stage with her microphone 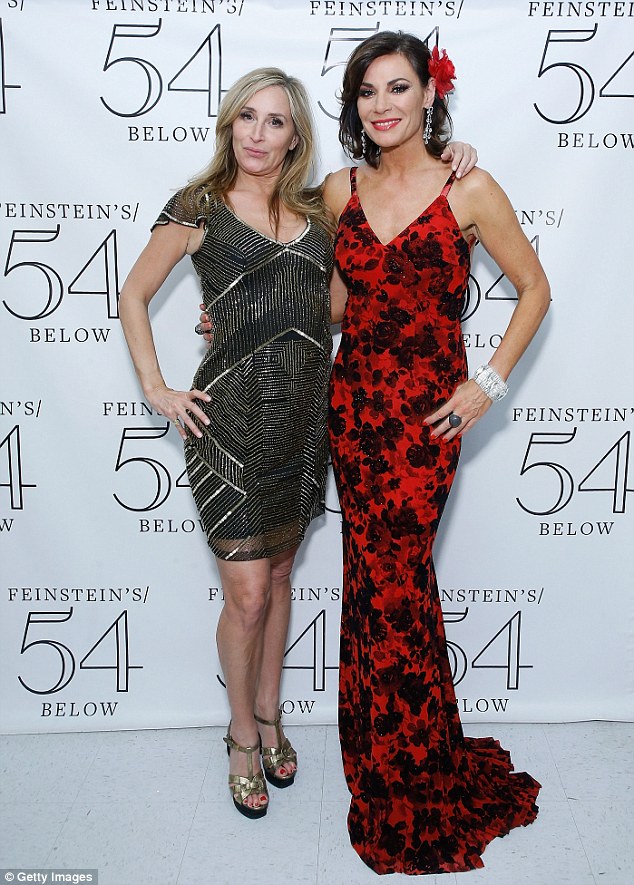 There to support: Sonja posed with her dress in tact backstage at the event

The mischievous reality star had been seated in the audience where she snacked on french fries and champagne but, when the time came, sprang up on stage to join her friend for a tune.

‘Come on LuAnn, you know I love you!’ Sonja bellowed from the audience before persuading her in jest to be allowed on stage.

Together, they laughed about Sonja’s promiscuity and her ‘carnal desire’ to kiss her castmates after a few margaritas.

LuAnn did most of the singing as Sonja, 54, struggled with the slip beneath her dress which rose gradually throughout the performance until it was around her hips, revealing some tight black underwear and, at times, her bare buttocks. 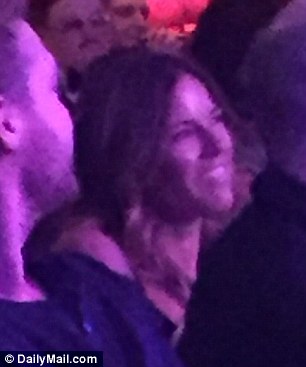 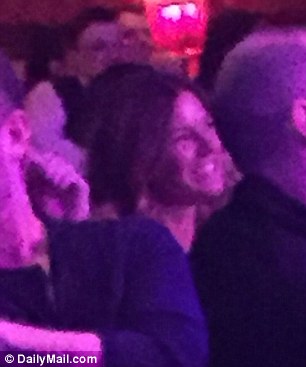 Kelly Killoren Bensimon, a former Real Housewives of New York star, was also there to support her friend 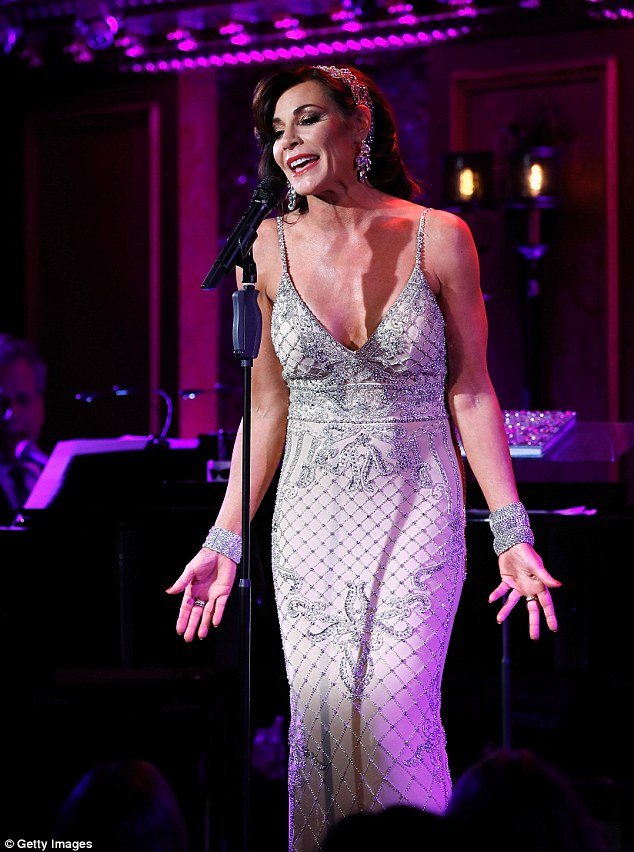 Soldiering on: LuAnn was composed throughout the night and joked about her sobriety. When a guest star appeared onstage with a drink, she joked: ‘I wish I had one!’ and later laughed about how much she loved rehab

Also in the audience was former Real Housewife Kelly Bensimon, who stayed in her seat throughout the show, and Carson Kressley

Instagram sensations The Points Guy (Brian Kelly) and Girl With No Job (Claudia Soffer) were also among the crowd as was LuAnn’s former flame Jacques Azoulay.

Azoulay, who appeared on the Bravo show with LuAnn during their romance, was the rumored catalyst in her divorce from D’Agostino.

The pair were extraordinarily friendly on Tuesday and shared a kiss as LuAnn left the stage, sending the room into a frenzy of cheers. LuAnn insists they are just friends.

She reserved the same passion for Broadway star Tony Yazbeck who tap danced for the crowd and, to her delight, spun LuAnn around. 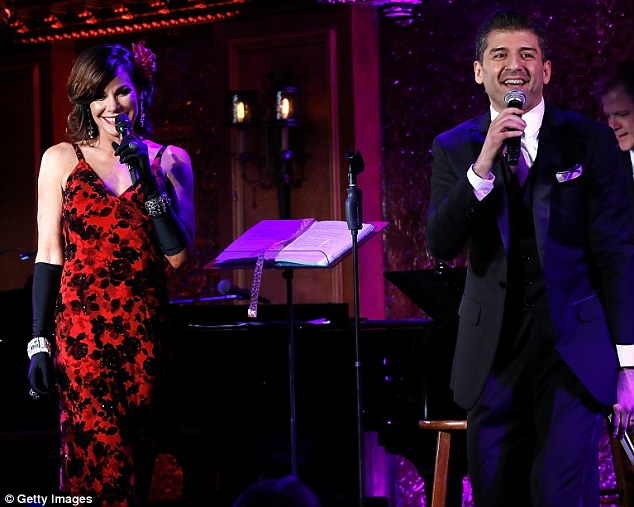 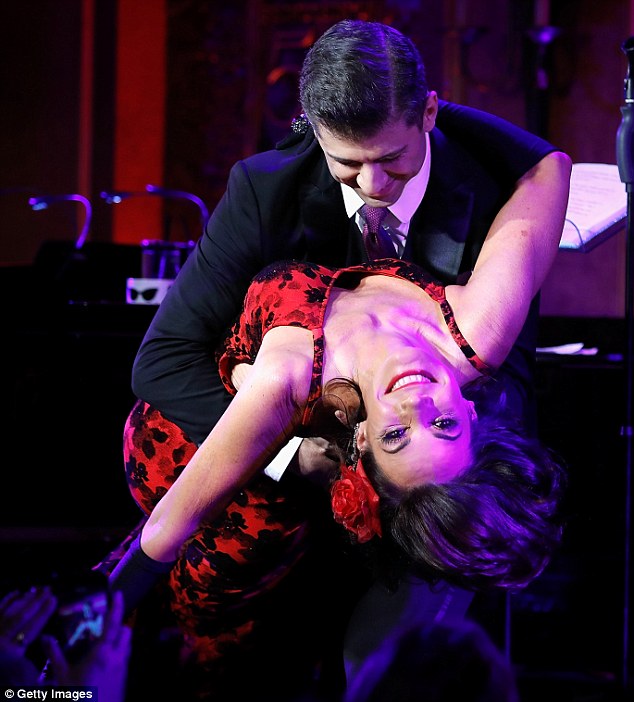