Marco Trungelliti beat Bernard Tomic 6-4, 5-7, 6-4, 6-4 in the first round of the French Open. Those are the bare facts, but they might just make a film about this match one day.

Lucky Loser would start on a downer, as our Argentine hero Trungelliti goes out in the final round of French Open qualifying.

The world No 190 returns home to Barcelona, perhaps to the soundtrack of a mournful Spanish guitar. But then comes the twist as news arrives from Roland Garros: Nick Kyrgios has failed to recover from his elbow injury. He is out and, if Marco can reach Paris by tomorrow morning, he is in.

Our film morphs into a road movie as Trungelliti sets off on the nine-hour drive from Barcelona to Paris. His brother is driving and his mother and grandmother are in the back seat.

They arrive at Roland Garros at 11.50pm. Trungelliti has to get up in time to register on the ‘lucky loser’ list of beaten qualifiers and then he is first match on against Bernard Tomic, at 11am.

The 28-year-old from Santiago del Estero had got his chance after Kyrgios became the eighth player to withdraw from the men’s singles on Sunday morning.

So many beaten qualifying finalists had already been added to the draw that there were no lucky losers left at Roland Garros to replace Kyrios.

India’s Prajnesh Gunneswaran would have been the next man in line but he had already left to enter a tournament in Vicenza, Italy. 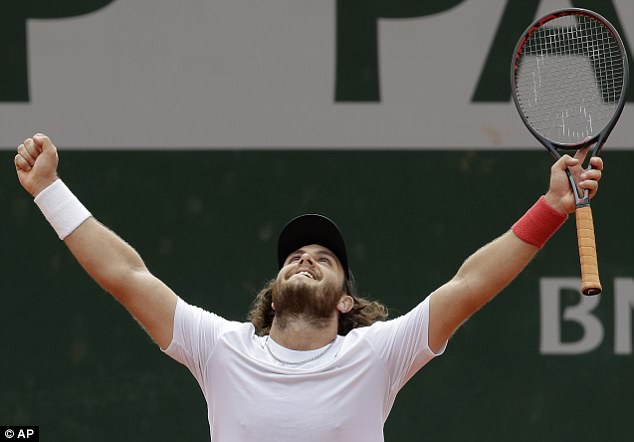 So Trungelliti was the next cab on the rank and, having negotiated the 1,000km drive from Barcelona, he was ready to play.

One could have forgiven him for being a little late, but Trungelliti was right on time, with mother and grandma in the stands to support him. Ironically, but rather predictably, it was Tomic who strolled in at 11.05am.

As the match began the Argentine showed no symptoms of being cooped up in a car for nine hours the night before. All but one of his 19 career finals on the lower reaches of the tennis tour have come on clay and he looked thoroughly at home at Roland Garros. 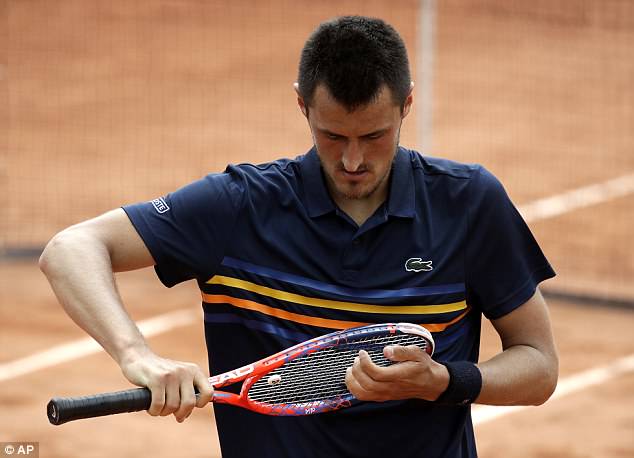 Bernard Tomic, ranked number 191 in the world, suffered a frustrating first round defeat

He hit 68 winners and only 37 unforced errors in a superb performance to which 25-year-old Tomic had no answer.

The Australian has too often frittered away his immense talent with lacklustre performances and off-court controversy. He is now languishing at No 206 in the world but there were signs as he played his way through qualifying that he may have rediscovered some focus. This defeat to a lucky loser was a missed opportunity to build some momentum and he was disconsolate and monosyllabic when he faced the media after the match.

However, even after he went a set down here Tomic refused to throw in the towel. He was clearly engaged in the match, hustled round the court, chasing down balls and fist pumping to his box. 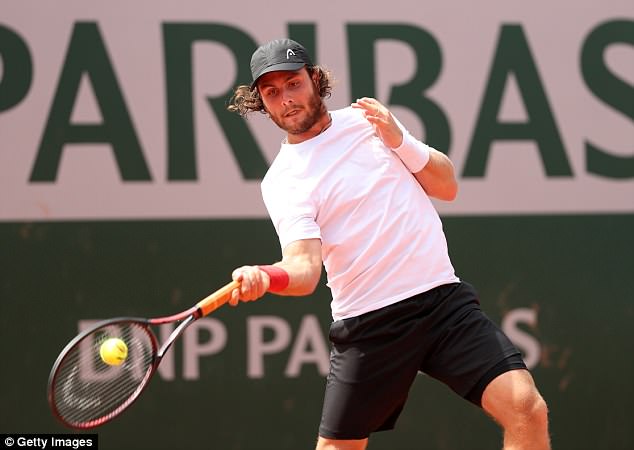 Trungelliti seemed to be just beginning to show the effects of his nine-hour road trip but he came out firing in the third set. An early break, sealed with another deft drop shot, was enough to give him a two-sets-to-one lead.

The lucky loser made a fast start to the fourth set but Tomic pegged him back. Another break gave Trungelliti the chance to serve for the set and on his second match point he sent down his 16th ace of the day.

It may have been luck that brought Marco Trungelliti into the first round of the French Open, but it was skill that took him through to the second and kept his story alive. To be continued…