The Google Doodle for July 23, 2018 celebrates Ludwig Sütterlin, the German graphic artist and font designer, on what would have been his 153rd birthday.

Sütterlin is most famous for creating the Sütterlinschrift, a child-friendly font that was de rigueur in Prussia and Germany from 1915 until the middle of World War II.

Here is all you need to know about Ludwig Sütterlin including who he was and why he created Sütterlin script.

Who was Ludwig Sütterlin?

Ludwig Sütterlin was born in Lahr, located on the edge of the Black Forest in Germany, on July 23, 1865.

Little is known about Sütterlin’s early years, however, his rise to prominence began when he relocated to Berlin around 1890.

He worked as a graphic artist and gained attention in 1896 when his poster Berliner Gewerbe Ausstellung won the first prize at the Berlin Trade Fair. Sütterlin also worked as a teacher at Berlin’s Museum of Decorative Arts.

In 1911, Sütterlin was commissioned by the Prussian Ministry of Culture to devise a handwriting style that would lend itself easily to beginner writers, especially with the rise of steel-spring pens precipitating the decline of quill pens.

Sütterlin’s creation featured pronounced curves and extremely acute angles and proved to be a popular script for a time.

By 1915, it was the standard script in Prussian schools and 19 years later it was being used in all German schools.

However, Sütterlin script quickly fell out of use in the 1940s. In 1941, Hitler ended the use of Sütterlin script in schools due to increasing communication problems: occupied European lands could not understand or read the script. 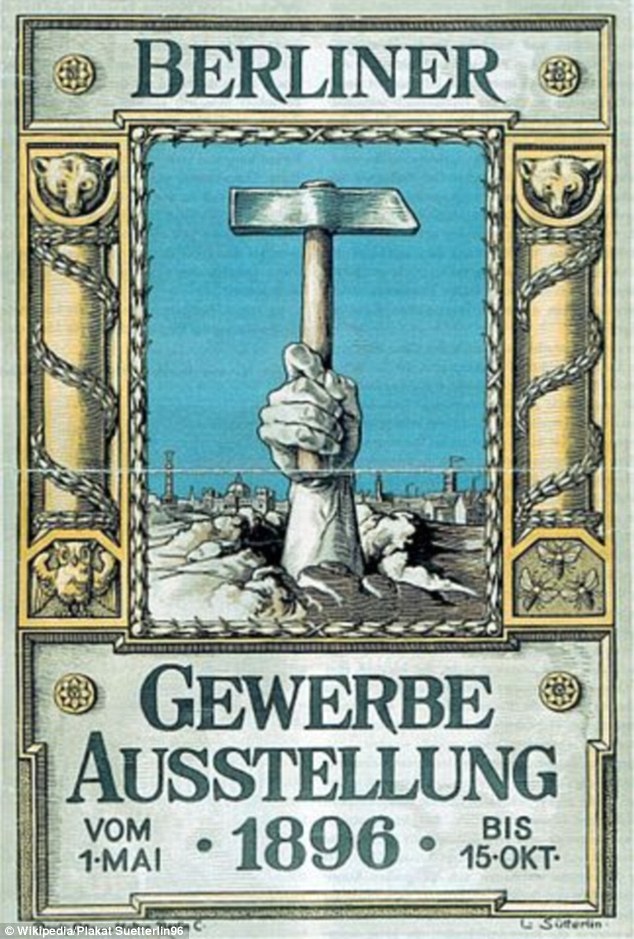 With many older generations knowing no other way of writing, Sütterlin script was still used throughout the war and reintroduced into schools as optional until the 1960s, thus allowing children to understand letters from their parents and grandparents.

However, Ludwig Sütterlin didn’t live long enough to see his script adopted across Germany. The graphic artist and designer died in 1917.

The Google Doodle for July 23, 2018 pays tribute to Ludwig Sütterlin, saying of his script: ‘No doubt young students rejoiced about the simple letters, reduced smudging, and fewer reprimands by teachers.’

Google Doodles are little illustrations or animations that appear in the Google logo on the search engine’s homepage.

The first time a Google Doodle was used was in 1998, when Google founders Larry Page and Sergey Brin visited the 1998 Burning Man Festival. To commemorate their trip, the founders drew a stick-man standing behind the second ‘o’ in the Google logo.