The two players had exchanged words towards the end of the first half after Suarez had opened the scoring against his former club.

Despite his affinity with Liverpool, where he scored 82 goals between 2011 and 2014, Suarez certainly didn’t hold back in his celebration. 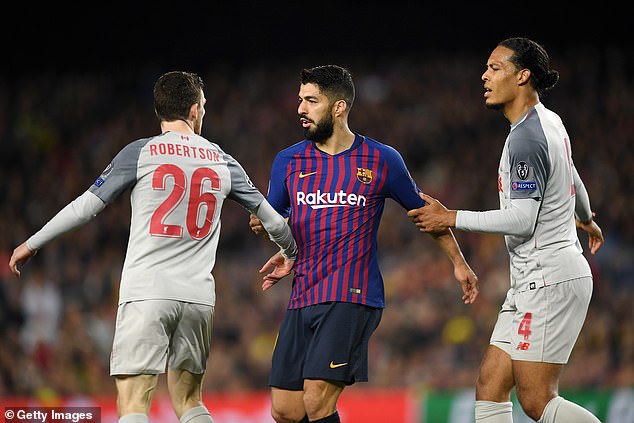 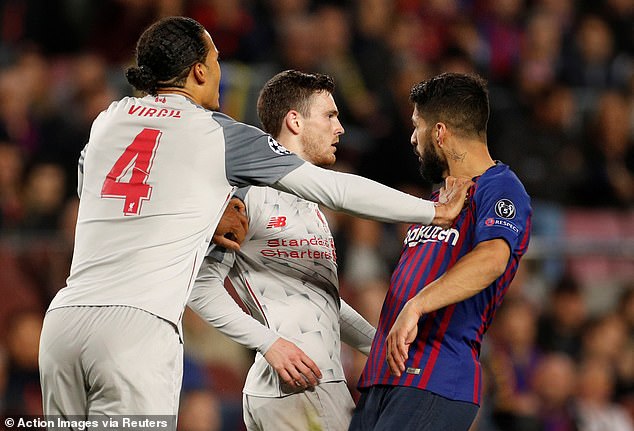 And having also become involved in a heated argument with goalkeeper Alisson and defender Virgil van Dijk, Suarez exchanged words with Robertson and other Liverpool players as they returned to the dressing rooms.

BT Sport pundit Michael Owen witnessed the events, saying: ‘There was still a bit of a commotion there, walking up the tunnel at half-time.

‘Suarez having a bit of a go at Robertson, continuing that spat that there was in the first half.’ 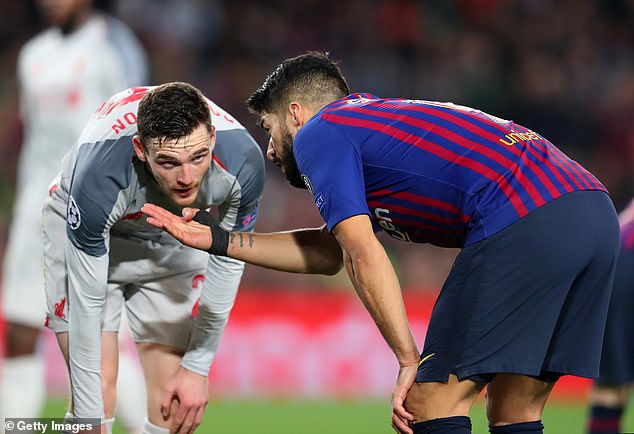 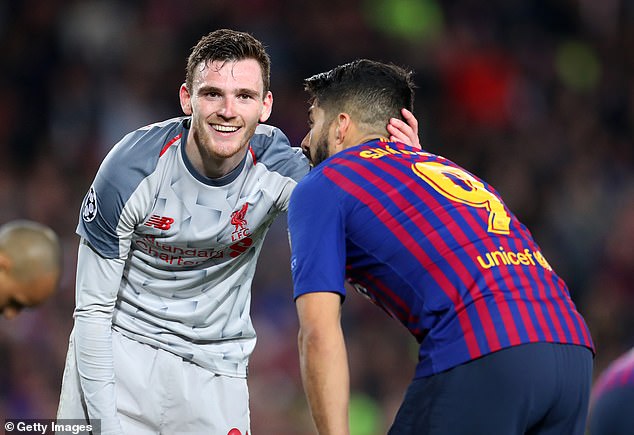 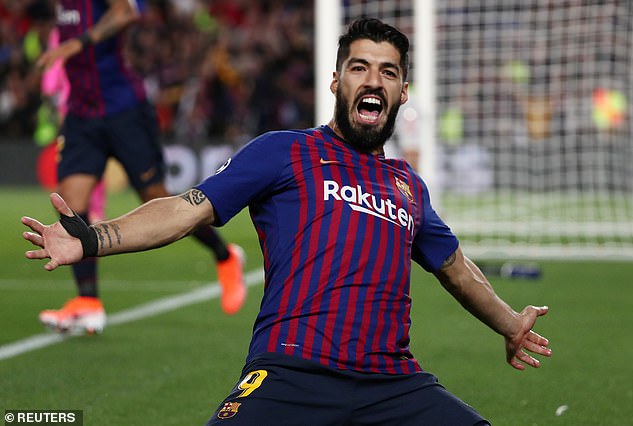 Having taken the lead through Suarez in the 26th minute, Barcelona went on to grab a commanding lead in the tie thanks to Lionel Messi’s 599th and 600th goals for the club.

It leaves Liverpool with a mountain to climb in next Tuesday’s second leg at Anfield if they are to make the final in Madrid on June 1.