Luis Suarez close to Atletico Madrid move after Spanish side agree a £5.5m fee with Barcelona

Luis Suarez all but seals move to Atletico Madrid as they announce a £5.5m fee has been agreed with Barcelona… and the veteran striker will give an emotional farewell press conference on Thursday

Former Liverpool striker Luis Suarez will complete a sensational move to Atletico Madrid after they agreed a fee with Barcelona.

Barca announced that they had agreed a deal which would see the Catalan club receive £5.5million (€6m).

Atletico Madrid confirmed that they have agreed a deal to sign Luis Suarez for £5.5million

Atletico confirmed via their official website that Suarez will join them subject to him passing a medical and his contract being formalised.

Barcelona, meanwhile, thanked Suarez for his significant contribution to the club.

A statement on their official website read: ‘FC Barcelona would like to publicly express their gratitude to Luis Suarez for his commitment and dedication and wishes him all the best for the future.’ 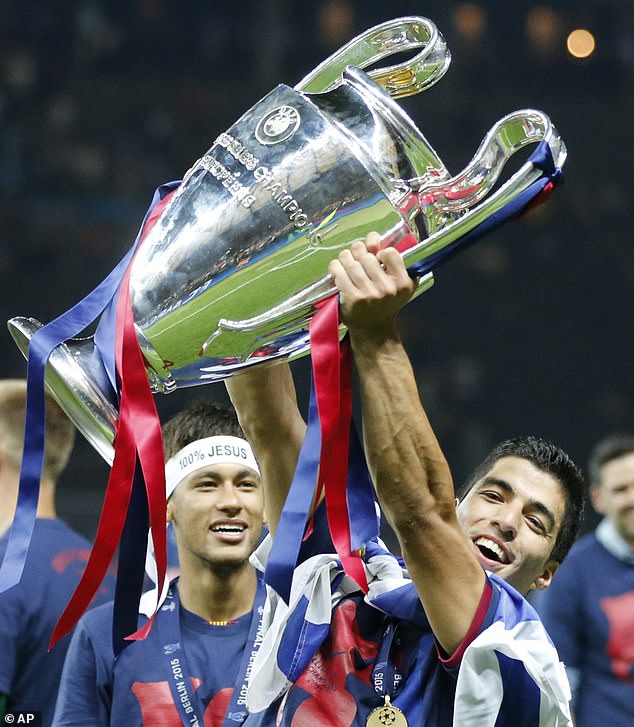 Suarez won an array of trophies during his time at Barcelona, including the Champions League

The 33-year-old will have a farewell press conference at the Nou Camp on Thursday afternoon.

During his time at Barcelona Suarez scored 198 goals in 283 appearances.

However, he was informed by recently-appointed manager Ronald Koeman that he isn’t part of his plans.

Suarez has scored eight goals in 18 appearances against Atletico during his career, so Diego Simeone’s side will certainly be pleased that he is now playing for them. 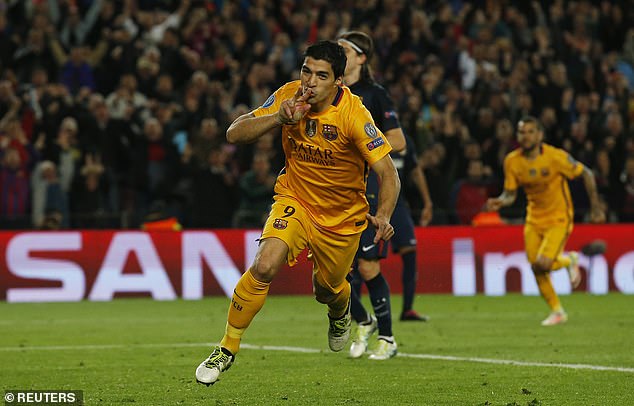 The prospect of Suarez playing with Diego Costa at times is also intriguing, while the talented Joao Felix will also benefit from Suarez’s guidance.

The Uruguayan will be determined to prove to Koeman that he made a mistake in letting him leave.

With Suarez departing, Antoine Griezmann, who endured a difficult first season at Barcelona, should receive more opportunities to play as a central striker.