‘Most difficult week of my career’: Luka Modric reacts as Real Madrid suffer TWO defeats to Barcelona and are knocked out of the Champions League

It’s safe to say that Real Madrid have not had the best couple of weeks, with two losses to Barcelona and a defeat to Ajax heaping the pressure on manager Santiago Solari.

The results have seen them crash out of both the Copa del Rey and the Champions League, as well as slip further behind in the La Liga table.

Star midfielder Luka Modric hasn’t been enjoying his time, calling it the ‘most difficult week of my career.’ 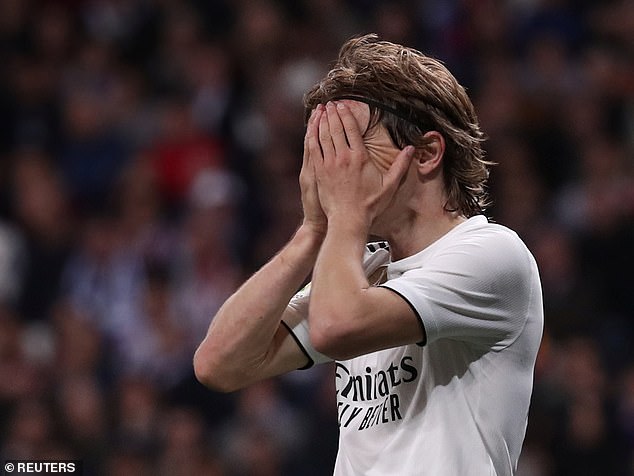 Speaking on Twitter, the Croatian said lamented the results, however he still maintains a positive outlook for the future.

‘Most difficult week of my career,’ he wrote. ‘Success is not in never falling, but in rising every time you fall. #HalaMadrid.’

The poor run started last Wednesday, as Barcelona came out with a big 3-0  at the Bernabeu in the second leg of their Copa del Rey semi-final. After an evenly poised 1-1 draw in the first leg, two goals from Luis Suarez and an own goal from Raphael Varane ended their cup run. 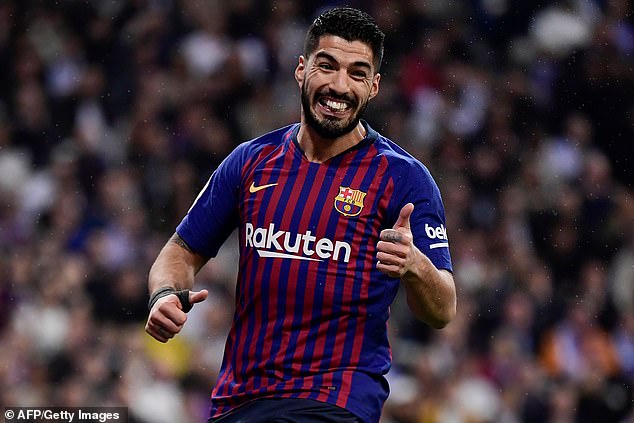 Just a few days later on Saturday, Barcelona were back at the Bernabeu and the result was the same, with Ivan Rakitic scoring the only goal of the match to give the visitors another win over their big rivals.

Barcelona are running away with La Liga, seven points clear of second placed Atletico Madrid. Real are in third, five points behind their local rivals.

Real Madrid fans would then look forward to the Tuesday and a Champions League round of 16 second leg against Ajax. They have won the first leg 2-1 away, so held a good position going in. 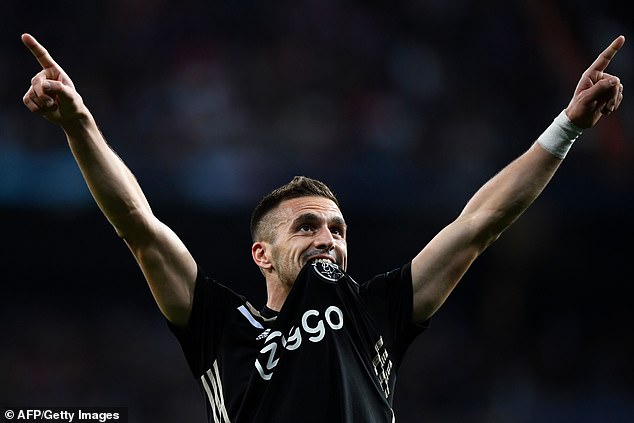 However, a fantastic performance from Ajax, spearheaded by a world class Dusan Tadic, sunk Real Madrid with a 4-1 defeat, losing the tie 5-3 on aggregate.

Real Madrid have won the last three Champions League finals, but have crashed out this season in the round of 16 for the first time since 2009-10.

Luka Modric had an excellent 2018, leading Croatia to the World Cup final and individually winning The Best FIFA Men’s Player and the Ballon d’Or awards. However 2019 has been one to forget for him so far.