An agonising 15-hour bus trip in Thailand with a leg so shattered and infected it risked being amputated was the unlikely event that help turn Luke Kennedy’s life around.

Before setting out on his week-long holiday, Luke had spent most of his time becoming a hardened gang leader and street brawler who had seen more death and destruction than a 23-year-old should.

After his partying got out of control during his first two days in Thailand, Luke’s trip descended into a hellish week of nursing his agonising injuries while on the run from people he owed money to while trying desperately to get home to Sydney.

Eventually this landed him on a bus full of Australians heading from Bangkok to Phuket to catch an emergency Qantas evacuation flight after anti-government protesters shut down most international travel in December 2008.

Luke spent every minute of that overnight bus trip trying to ignore the searing pain from his injured leg, which was in a cast and propped up on his bag in the bus aisle.

Every bump in the road, or someone tripping over his leg while going to the toilet up the back of the bus, sharpened the agony as he fretted over whether the limb was too infected to be saved after he ignored medical advice by fleeing a hospital.

‘My foot was so puffed up with fluid that it was now hard to move my toes,’ he writes.

‘I had never felt so scared and uncomfortable. Seven hours had passed and I was near tears, struggling with all the pain and worry. 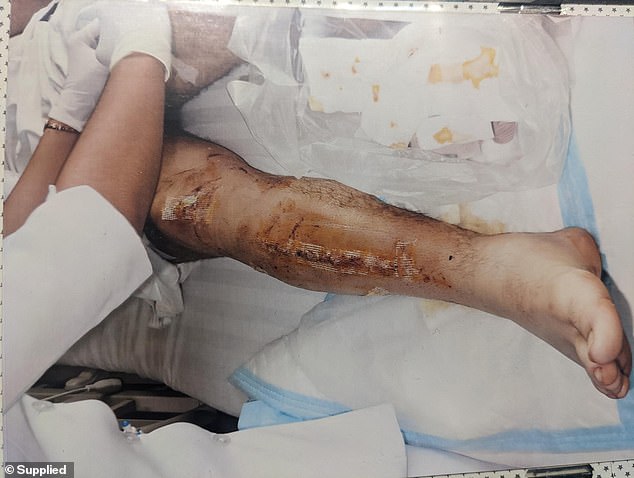 ‘It was torture, 15 hours of torture and just so uncomfortable,’ Luke tells Daily Mail Australia.

‘My leg was blowing up, my tailbone had this friction sore plus the smells of the bus.’

The misadventures that got Luke to this low point and how it led to life-changing moments are the subject of the 37-year-old’s first mainstream published book ‘Sex, Drugs and a Buddhist Monk’.

Luke looks back on the nightmarish Thai trip as a set of experiences he needed to go through.

‘It was like I was getting chopped down,’ he told Daily Mail Australia.

‘It was a lesson that this is the outcome of your stupidity, of you being so selfish. 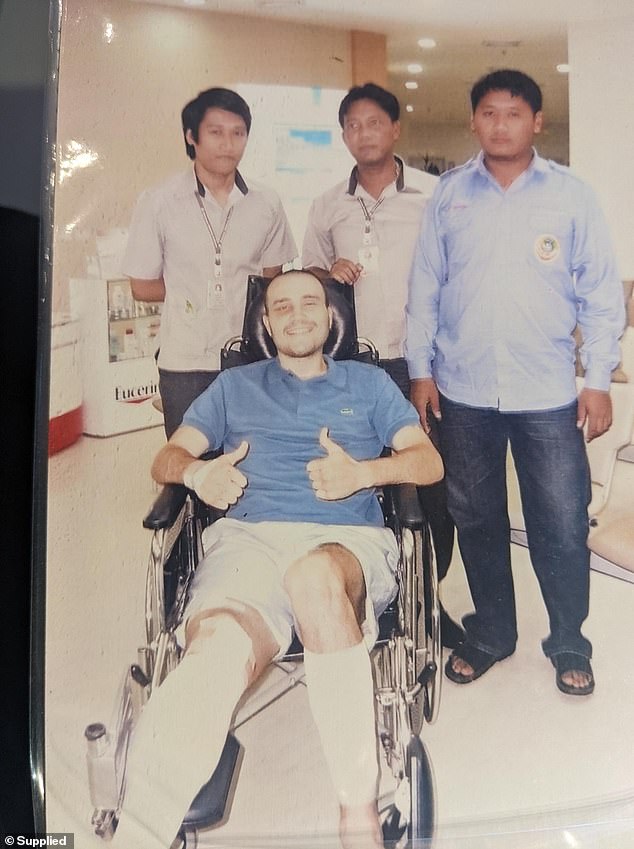 Luke was in Thailand on what was an unlikely holiday after his older brother, Ruben, suggested the pair have a last hurrah before Luke joined the navy.

Unfortunately, the temptation of airport duty-free alcohol and then free drinks on the plane freed Luke of any inhibition or sense of self-preservation by the time he landed in Bangkok.

He ran amok in the city’s infamous clubs and strip clubs on a reckless rampage fuelled by copious alcohol.

Within two blurry days he was lying in a private Thai hospital with his smashed up leg and hip after a serious accident on a hired motorcycle. 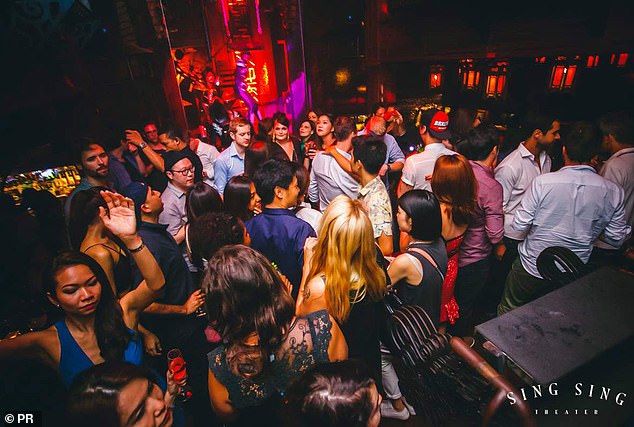 He fled the hospital after realising his travel insurance wouldn’t pay his medical bills.

He was also being pursued, at least initially, by angry creditors such as shop owners who wanted to be paid for the motorbike that Luke left mangled in an accident he can’t remember because he was so intoxicated.

When eventually Luke did get back to Sydney he was rushed to the Royal Prince Alfred Hospital, where they found he had a broken tibula and fibula, a broken hip and a fractured pelvis.

There was also severe infection and the need to repair botched surgeries in Thailand, where plates were inserted to hold together his shin and hip.

Luke had also felt a clicking in his jaw since the accident.

‘The RPA did scans of my whole body and I told them about my jaw,’ he said. 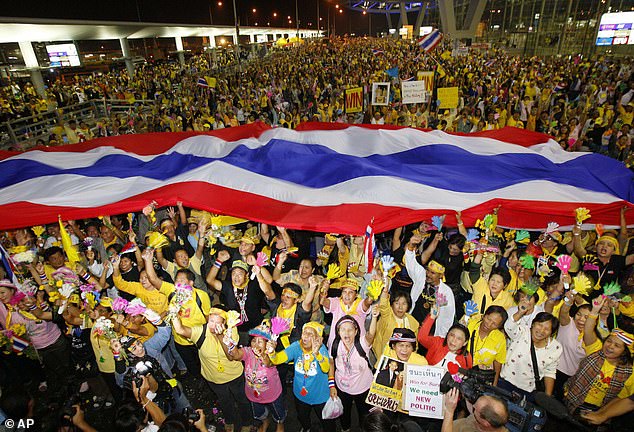 ‘About a week later I was in recovery and I get a call from the hospital.

‘They said they had reviewed my X-rays and there was a dislocation in my jaw.

‘I had to go back to hospital and they put me under and snapped my jaw back into place.’

Despite all the trouble that his alcohol abuse had caused in Thailand, Luke started drinking heavily again once out of the hospital.

‘About two weeks later I got drunk one night,’ he said.

‘I woke up the next morning and my foot was sort of on the bed and my leg was up and I looked down and the plate in my shin was hanging out.

‘I don’t know if it was the best plate or it was just me being a d**khead again but I had to go back to hospital and have another operation.’

Eventually Luke would need a full hip replacement after severe arthritis set in. 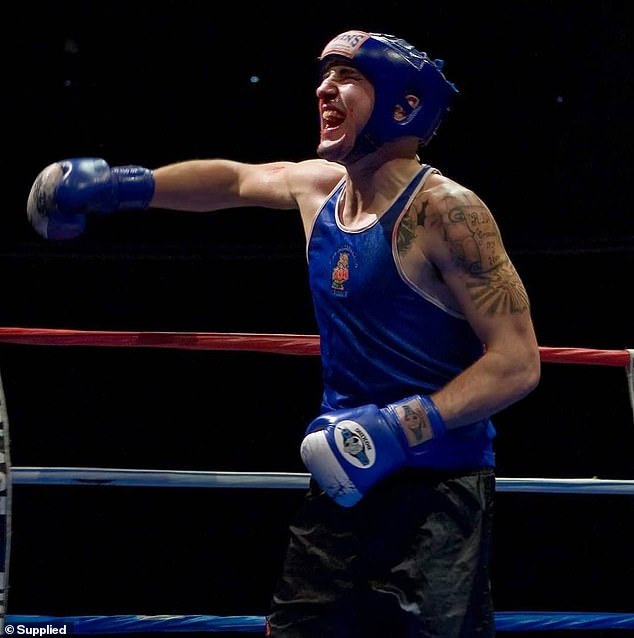 Luke was no stranger to injury inflicted on himself and others.

As the leader of a Sydney gang who mainly amused themselves with drug-taking and graffiti he was also a seasoned street fighter, whose skill with his fists earned him the nickname of ‘Punchy’.

However, not all of Luke’s opponents used only their fists.

He was stabbed twice, with the first instance leaving him laid up in hospital with a punctured lung.

‘I had to have a tube in the side of my body, siphoning out the blood out of my lung for about a week,’ Luke said.

‘The other stabbing was in the head with a broken bottle. I had to have 100 staples to hold my head together and the top of my right ear surgically reattached.’ 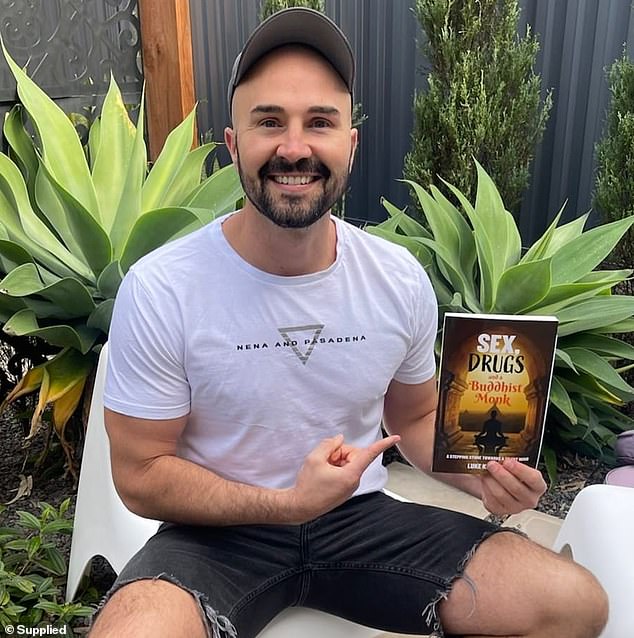 Luke’s self-published book brought him to the attention of a publisher, who commissioned him to write ‘Sex, Drugs and a Buddhist Monk’, with his original book coming out later this year

Luke also witnessed one of his friends get his arm and ‘half his hand’ ripped off by a train when his gang were spraying graffiti along Melbourne rail tracks.

Drug use also took its toll.

‘I did see a friend of mine drop dead right in front of me on ecstasy,’ he said.

Luke now dedicates his life to turning young people away from making the mistakes he did.

Based mainly on the Gold Coast, Luke travels around Australia as an inspirational speaker at schools, youth groups, corporate gigs and prisons. 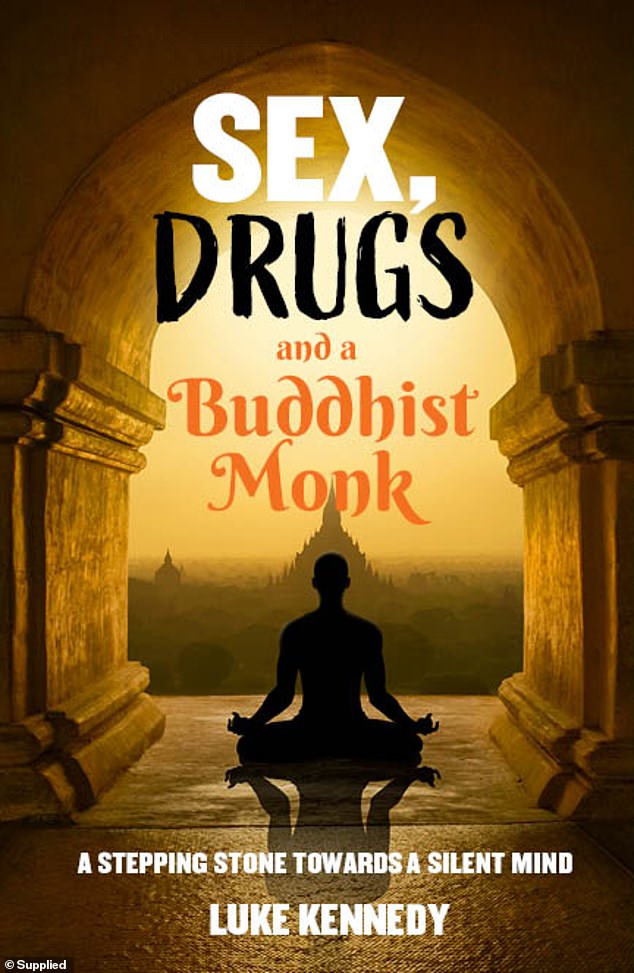 The incredible story of Luke’s Thai trip is contained in his first mainstream published work ‘Sex, Drugs and a Buddhist Monk’

He forged his career after mentoring teenagers at the gym he began with his ex-partner after returning to Sydney.

‘I was asked to speak with some of the kids and I found I was making a strong connection with them,’ he said.

‘A lot of them were interested in the cool stories, which gave me the connection but then I would weave some lessons and some magic in there which would help them big time.’

Luke tells audiences that they need to find their authentic selves, rather than ones created out of ego to impress others or to project a certain image.

‘I show how we come into this life in that pure state with unlimited opportunities and potential for whatever we want to achieve in this life,’ he said.

‘I show them through slides and through stories how the false sense of self is impacting a lot of our mental health and our happiness.

‘These labels, these negative beliefs  – they start creating the ego, the false sense of self and start taking us away from our potential.

Luke had his own mentor in the shape of Sydney boxing trainer Alan Sykes.

After the navy rejected him because of his injuries Luke was drifting back into his old habits despite having shown promise as a boxer before the ill-fated Thai trip.

‘I got back into training. It took a while for me to be mobile again. But he knew it was the passion I needed to get back.’

Luke went on to win the NSW amateur light heavyweight boxing title in 2010.

Another more constructive outlet opened when Luke started to write about some of experiences.

‘I started writing some short stories on my phone and I posted on an author forum – I was thinking I was an author now,’ Luke said.

‘A lot of the authors shot it down saying I needed help with my stories, my punctuation, my grammar all this sort of stuff.

But an editor from Melbourne, this incredible woman, saw it and she emailed me saying “look you do need some help with your structure but you have some depth to your story telling”.

‘Now writing is a big passion of mine and something that really brings out my creativity.’ 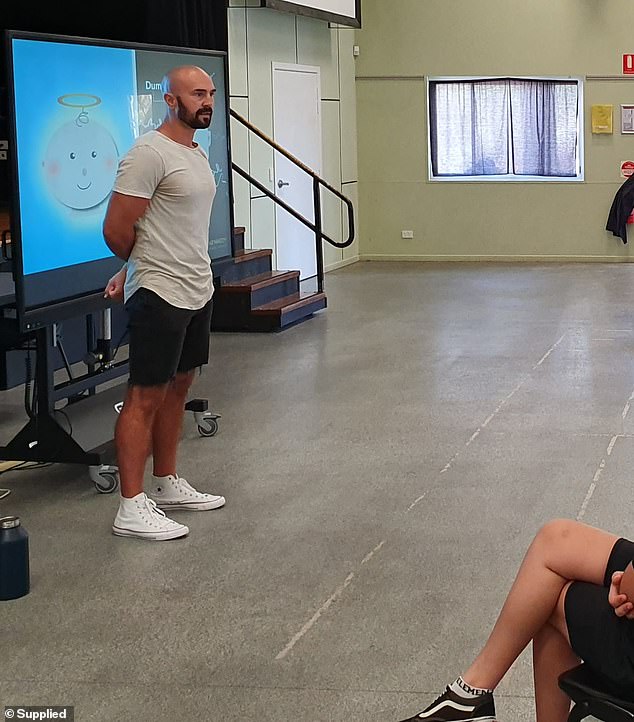 Lacking some patience Luke self-published his first book, which he said went ‘incredibly well’ but had limited reach.

However, it brought him to the attention of Rockpool publishing who Luke wrote Sex, Drugs and a Buddhist Monk for.

The first self-published book, which deals more with his earlier gang life, is being released by Rockpool in Australia, the US and the UK later this year under the title Redemption Road.

The major theme of ‘Sex, Drugs and a Buddhist Monk’ is how Luke learned spiritual lessons that eventually gave him betters ways to quiet his busy mind.

‘I’ve had some big moments these last 12 months that have got me down to me knees and unravelled a lot for me, answers from my past, from childhood,’ he said.

‘Without looking at the stuff that was underneath that, my triggers and my traumas, my unconscious beliefs, my wounds, without understanding all that our old behaviours always take back over.’

Although his trip to Thailand turned into a self-inflicted catastrophe, Luke thinks it was essential in making him the man he has become.

‘Looking at it from the perspective of all these years later it is one of the best things that could have happened to me,’ he said.

‘It’s been 15 years now and I am not that man anymore.

‘I’m a man that now is investing himself into giving back to a place that I have taken a lot from.

Luke said he learnt a great lesson from the book The Choice for Love by Barbara De Angelis: ‘Our greatest advancements in life come in not what we learn, but in unlearning of what’s not serving us’.