Luke Shaw opens up on having ‘no confidence’ and ‘losing my belief’ due to Jose Mourinho’s tough love at Manchester United, but praises Ole Gunnar Solskjaer for helping him to recover

Luke Shaw has opened up on the crisis of confidence that he endured during Jose Mourinho’s tenure as Manchester United manager.

The England international was often singled out by Mourinho for not fulfilling his talent and Mourinho even once claimed Shaw played well in a game against Everton because ‘I was making every decision for him.’

Now, under Ole Gunnar Solskjaer, Shaw is producing his finest form yet in a United shirt since arriving at Old Trafford in a £30m move from Southampton in 2014 and is even a player of the season contender at the club. 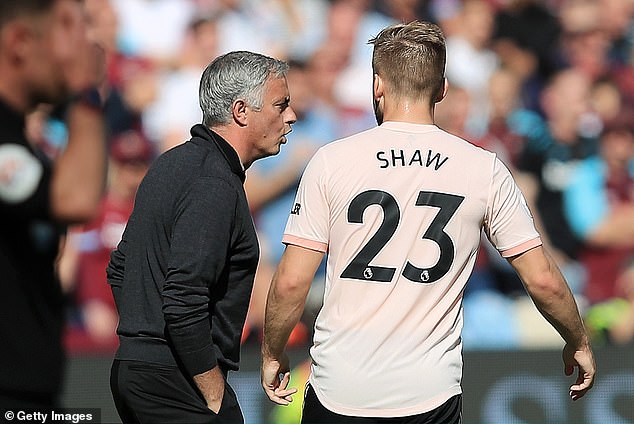 But Shaw has had struggles at the club in the past, particularly under Jose Mourinho

‘I don’t want to come across like I was a little kid who could not deal with being put under pressure because at a big club like Manchester United,’ Shaw told Sky Sports. ‘You are always going to be under pressure and under the spotlight. That makes you mentally stronger.

‘But I had no confidence at that time. I was losing my belief. I think that is what changed with Ole. He managed me right and I got my confidence back and I am really enjoying it at the moment.

‘Enjoyment and confidence. For me, they are the two biggest things you need on the pitch. You need that belief in your ability to perform at the highest level. I feel I have that now.’

Shaw was effusive in his praise for Solskjaer’s man management ability, underlining how impressed he has been with how the Norwegian takes the pressure off the shoulders of the United squad.

‘He deals with situations perfectly in terms of what is needed, especially at a big club like Manchester United,’ Shaw said.

‘He takes the pressure off the lads and takes it all himself. Sometimes it is not fair because we are the ones on the pitch and we need to take our fair share too. For me, especially, from what I had before Ole came in, it is a total difference. It has pushed me to a new level.’ 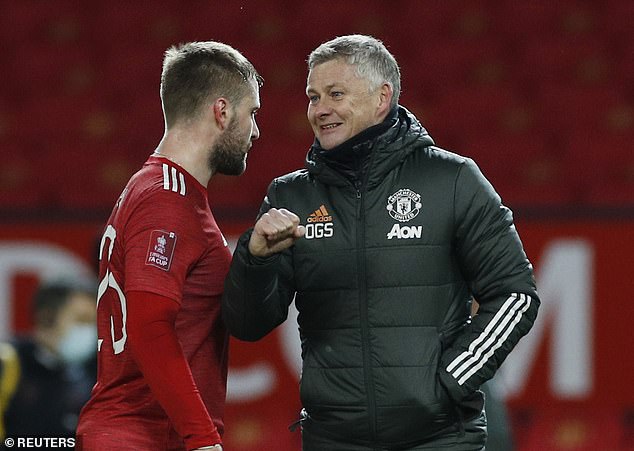 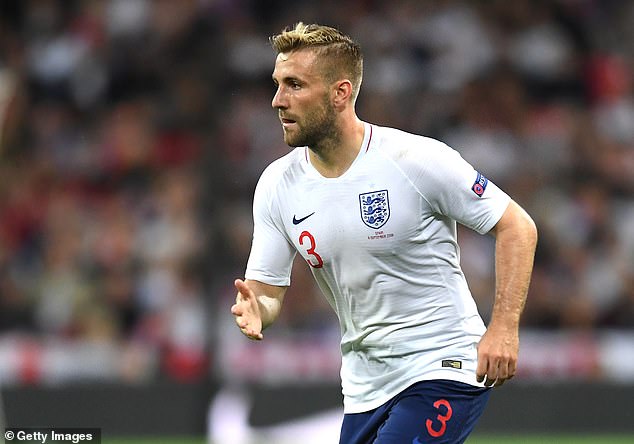 Shaw is currently with the England squad, looking to add to the eight caps he was won so far

Over the weekend, there were reports that United are going to enter contract talks with Shaw to reward him for his impressive form this season.

The 25-year-old signed an five-year deal back in 2018 which is believed to be worth around £150,000-a-week – terms that he will see an improvement on in any new agreement.

Shaw is currently with the England squad ahead of World Cup qualifying and is looking to add to the eight caps he has to his name.