Luton is named the worst UK airport by passengers

London Luton Airport has been named as the worst airport in the UK after recording the lowest customer satisfaction, according to new research.

The Bedfordshire airport was given only one star in half of the 10 categories featured in the study by consumer group Which?, including for its range of shops and food outlets, toilets and staff.

It earned a customer score of just 29%, based on overall satisfaction and how likely passengers are to recommend the airport to a friend.

London Luton Airport, pictured has been voted the worst airport in the UK for the fifth year 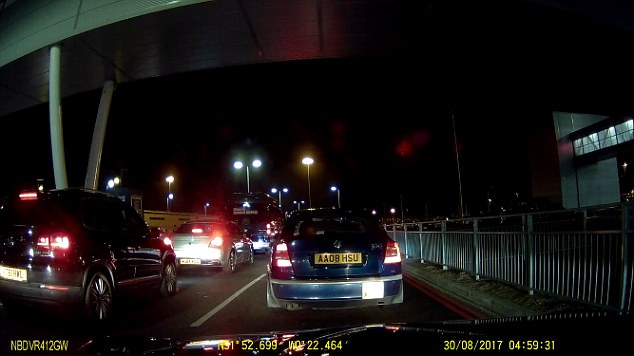 Some of the 435 airport users surveyed described it as ‘chaos’, ‘crowded’ and a ‘rip off’.

The airport is undergoing a £110 million redevelopment which has led to disruption, although it has languished at the bottom of the Which? airport ranking for five years.

An airport spokesman said: ‘We’re disappointed in these results as they don’t accurately reflect the experience of the majority of our passengers.

‘Which? polled just 435 of its subscribers who had travelled through London Luton Airport between May 2016 and May 2017 – the most intensive phase of the airport’s redevelopment.

‘Of the 1.7 million people who responded to our ongoing customer service tracking, during the first six months of 2017, 75% told us they were happy with their experience, a 5% improvement on the same period last year.

‘Since then we have made significant improvements to the airport’s infrastructure, added new shops and restaurants and passenger services such as free wi-fi.

‘As Which? acknowledges, the airport is currently undergoing the biggest transformation in its history. We appreciate the patience of our passengers as we develop the airport, which will result in a better experience for everyone.’

Passengers referred to it as ‘relaxed’ and ‘quiet’, while one described a bank holiday as ‘peaceful with no sense of rush or pressure’.