Luxembourg 0-1 Scotland: Che Adams gets on the scoresheet to down 10-man minnows

Luxembourg 0-1 Scotland: Che Adams gets on the scoresheet to down 10-man minnows as Steve Clarke’s side ensure they will enter the Euros in full confidence

Che Adams and Lyndon Dykes will likely be on the team-sheet when Scotland kick off at Euro 2020, and at least here there was evidence that the strikers might also be on the same page.

In Steve Clarke’s attempt to remedy the scoring problems that have threatened to undermine progress elsewhere on the pitch, he has, since last summer, recruited Englishman Adams and Australian Dykes.

Before this trip to Luxembourg, however, they had spent just 80 minutes in tandem. The infancy of their alliance, then, is a concern as Scotland head into their first major tournament in 23 years. 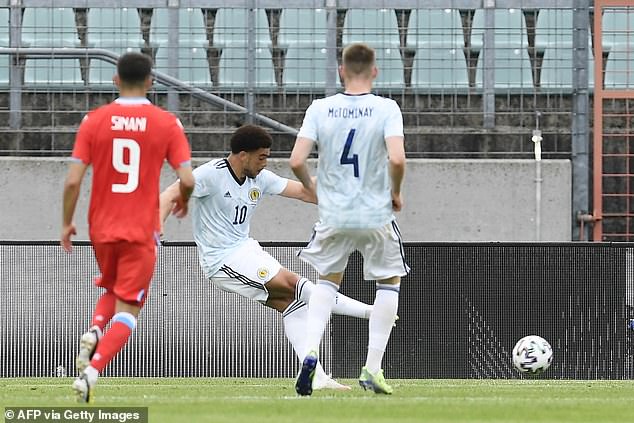 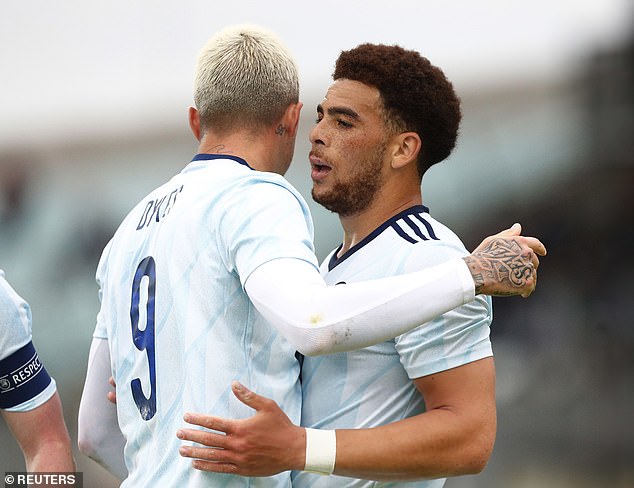 So the sight of the pair combining for the game’s only goal – as well as the attack that led to a Luxembourg dismissal – will be of comfort to Clarke, even if the finishing elsewhere is a source of discomfort.

‘We clearly didn’t do enough crossing or finishing practice,’ he said with a smile, although he won’t be laughing if such profligacy extends into next Monday’s Group D opener against Czech Republic.

‘It was nice to work with two strikers, I wanted to have a look at them. But Lyndon is disappointed he’s not left with the matchball. We had lots of chances.’

There was, though, reason to believe that Dykes and Adams have accelerated an understanding that will be central to their adopted nation’s hopes this month. Take the game’s only goal on 27 minutes. 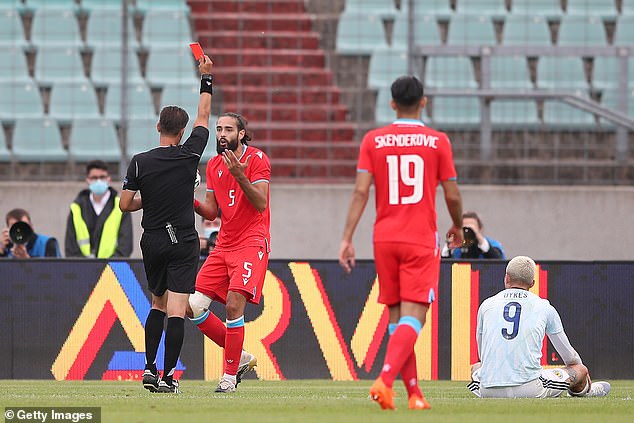 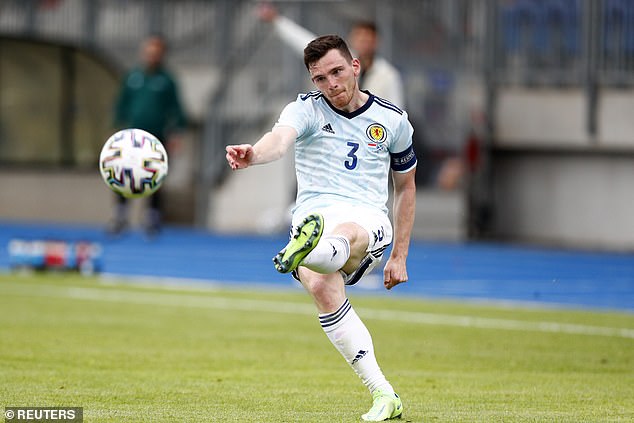 QPR’s Dykes dribbled across the face of the penalty area and delayed his pass long enough for Adams to peel unnoticed into space, from which the Southampton forward slotted his second goal in his fourth international.

Seven minutes later and a fine link between the front two led to Vahid Selimovic’s red card. Adams spilt the defence with a reverse pass and Dykes, in on goal, was tugged to ground by the centre-back.

It was a brainless foul and ruined the game as a contest. But Luxembourg should have been reduced further in number when Olivier Thill landed his shoulder into the muzzle of Billy Gilmour in the second half.

The Chelsea teenager, on at half-time, was enjoying an outstanding cameo when the crude challenge forced him off with 15 minutes remaining.

‘The good news is he’s fine,’ said Clarke. ‘We took him off as a precaution. He’s a tough boy. There is no concussion as far as we know.’ 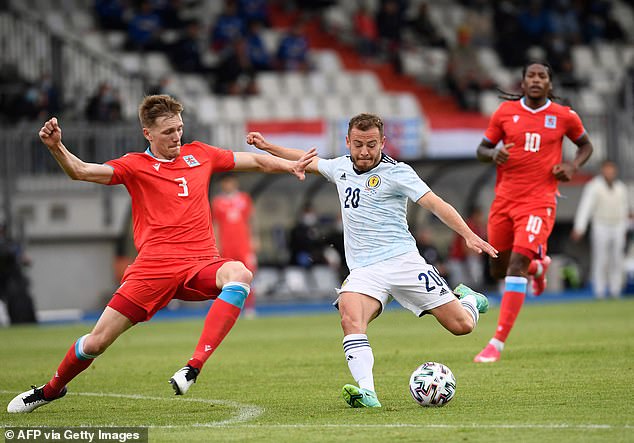 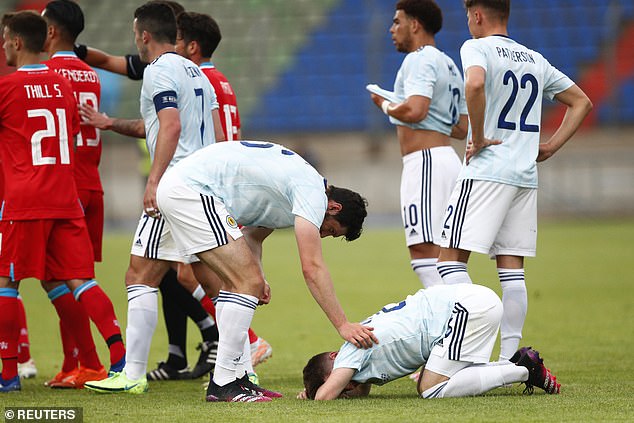 Gilmour had injected some energy and invention after what had been a team performance some way below the mightily impressive showing during Wednesday’s 2-2 draw with Holland.

They had started that match like an express train. By contrast, they began this final warm-up fixture with all the urgency of a second-class stamp.

Maybe it was that the strength of Clarke’s starting XI provided those players with a degree of reassurance. The team certainly had the look of one which could well start against Czech Republic.

Goalkeeper David Marshall is still sweating on his place. To that end, a lax opening from those in front of him was probably what Marshall secretly craved, providing him with a chance to shine. 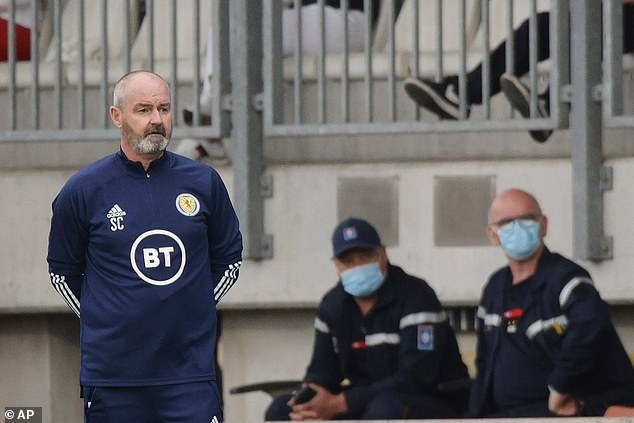 On eight minutes he had his moment. A Luxembourg corner dropped amid bodies and, when the ball bounced towards goal via the knee of defender Grant Hanley, Marshall flung himself to claw from the bottom corner.

But that proved Marshall’s sole exertion of note. He was a spectator for the remainder. Not that it was a spectacle to savour. Selimovic’s red card saw to that.

The second half was more like shooting practice for Scotland – and boy do they need some.